Airpush acquires Hubbl for $15 million, here's the inside story 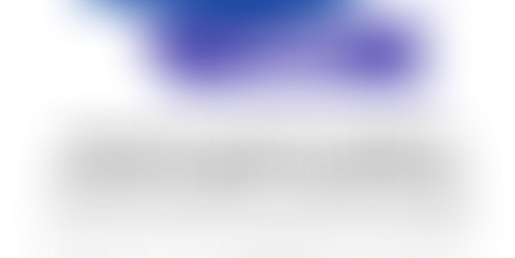 Archana Patchirajan and Kushal M. Choksi are Silicon Valley based Indian entrepreneurs who started up Hubbl in the later part of 2012. Hubbl is a platform to discover apps and gained good traction over the months. In an announcement today, the founders informed us that they have have now been acquired by AirPush, the mobile ad network for $15 million. Both the co-founders along with their India based team will be joining the AirPush team.

A good exit for Hubbl, the journey wasn't all that easy.

Archana and Kushal have both been in the internet domain for a good decade. Starting her career consulting with wall street firms, Archana went on to co-found her first startup in 2010 - MyCitiWay after winning the NYC BigApps competition. The company went on to raise $6 million as well. On the other hand, Kushal hails from Ahmedabad and moved to the US back in 2000 to pursue his interest in technology and finance. He started his career on wall street with Goldman Sachs in NY from where he went on to become one of the core team members of a hedge fund Athilon which got acquired.

The duo got together to startup and there first effort was the Hmmm app which was launched at Techcrunch Disrupt.

"After presenting Hmmm at Tech Crunch Disrupt and basking in the glory of being a finalist, the dreamy download spike that we had achieved for the 1st few weeks didn't last for long," recollects Arcahna. That is when a realization dawned upon them that the App discovery is broken and the chances for a great new App (without the proper marketing Dollars) to be discovered was practically impossible. And through that experience, Hubbl was born. "We built it a genuine App discovery platform taking not just great but the right Apps to the right people," says Archana.

Today, Hubbl has evolved into a full fledged and robust App distribution and discovery platform. Hubbl's rich experience of capturing the characteristics of millions of Apps have geared them up to knock on "Native Advertising's" door. "In fact we are not just knocking on their door but bringing down the myth about native and are going to redefine this space and do it right," says Archana.

Since the inception of Hubbl, the duo have completely bootstrapped- right from their consumer facing Apps to the 'Native Advertising Platform'. They tried raising funding with Hubbl but had a rather disturbing experience. Here's what Archana had to say on the subject-

"One point that we would want to tell here is the pretty sour experience that we've had with one of a very reputed VC. For nearly 8 months, we were being directed on a wild goose chase and after all this time which we were thinking was a due diligence process, we were cut off out of the blue. At first it was a rejection which was overtaken by anger and pain but at the end, it was a rude awakening which turbo charged us to aspire for something much bigger. And, today Hubbl is finally on it's own feet and we've started making revenue and break even."

When it came to scale, the duo needed someone to give them that much needed push. And this is where AirPush came into the picture. Airpush Inc came forth and acquired Hubbl for $ 15 Million. Both the co-founders along with the team will join the AirPush team now. "This exit is not just about the flair that it brings with it but it's more about the pride - that a small 20 member team from India, against all definable and un-definable odds dared to dream big and achieved it!" signs off Archana.