Arunabh Kumar - The man behind Qtiyapa 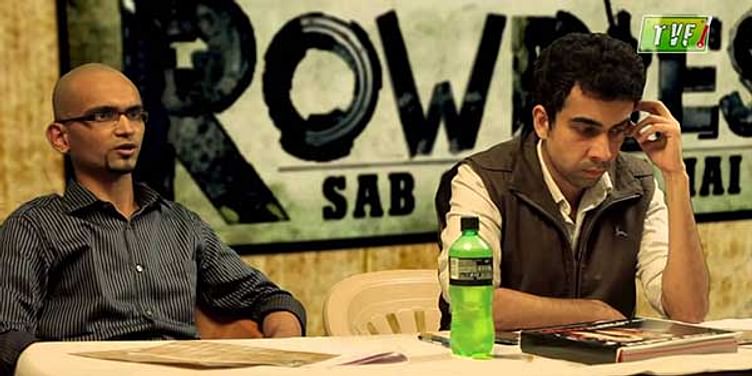 Approximately 200,000 subscribers, 18 million views and less than 40 uploaded videos, all of this in just over 18 months of starting up. These numbers are something every YouTube user would crave for and media moguls will pay universe to get, but it was never easy to reach these figures. Even Arunabh Kumar, Founder and Creative Experiment Officer of The Viral Fever Media Labs would have never imagined before starting up. Arunabh's story is nothing less than inspiration and passion personified.

When his parents didn't like the school they changed his school, and when he didn't like the school he ran away from it. With a strict disciplinarian father, Arunabh's destiny was nearly decided. Post his schooling Arunabh appeared for JEE but didn't clear it in the first attempt, he went to Kota to prepare for IIT and made it in the next attempt. Arunabh says life at IIT Kharagpur wasn't exciting, as Kharagpur is a very calm and silent place.

Post IIT Arunabh came to Bombay to work in a US Air Force project. And as the level of discomfort increased and the mental turmoil also began, Arunabh quit his job. It was during the same time Arunabh also started meeting a lot of creative minds in IIT Mumbai. And did a few short films, as a result people also started encouraging him to become an assistant director, which was an easy job to do but not an easy job to get. Finally Arunabh got an opportunity to assist Farah Khan in Om Shanti Om.

Nine days after Om Shanti Om was finished, Arunabh got an offer from Amir Khan Productions to work on "Delhi Belly", The same evening he won an award for a short film "The wish divers", in a contest organized by Network18 and PnC Communications.

In 2009 Arunabh came up with a pilot for a show called Engineer's diary, he approached MTV and other youth channels for it. Everyone liked the idea but the show was rejected. Arunabh says,

"Luckily Canon camera, YouTube and my rejection came at the right time, all three of them coincided. This college Qtiyapa(The TVF) is a show I had conceived for MTV. That show also got rejected after a lot of resources went into it. That was one of the best rejections in my life, else we wouldn't have Qtiyapa with us..."

Whenever they went with a show concept to the decision makers, they used to say Indian audience is dumb, they won't like it and they used to be really passionate in proving it and Arunabh was equally passionate in proving them wrong. In second half of 2010 Arunabh started The Viral Fever, his friend, first employee and current partner Amit Golani reedited the first video and they uploaded it on YouTube. Within a couple of days it got around 17K-18K likes and it become the second most viewed video in entertainment category that week.

That time Arunabh did not have any money to even pay the rent, so there was no question to promote the video. Somehow the term Qtiyapa became famous in IITs and NITs, and thus they knew they were doing something right. The second video Rowdies was put up in mid of February 2012, it got a million views in less than 5 days.

Arunabh Says, "There are 1.2 billion people in the country and 20 people cannot just know what should be made. The guy who plays Raghu in rowdies was not even allowed to audition for some of the channels, I was very angry with the approach they had. I had made smaller videos at smaller scale which are loved by 3000 people in my college and I believe that 3000 people in 1000 colleges will also like it which makes it 30 lakh people. so I truly believe that there are 3 million people waiting to watch this stuff. "

Today The Viral Fever has a 15 member team, 2 Offices in Mumbai and Delhi and statistically is the 2nd biggest New media Network in the country in the category of Youth Entertainment.

While you say hi to Anurabh on Twitter and watch some great videos, we wish him an amazing journey in his future endeavours.