David Evans, VP Education, Udacity - "Being a professor is the best job in the world" 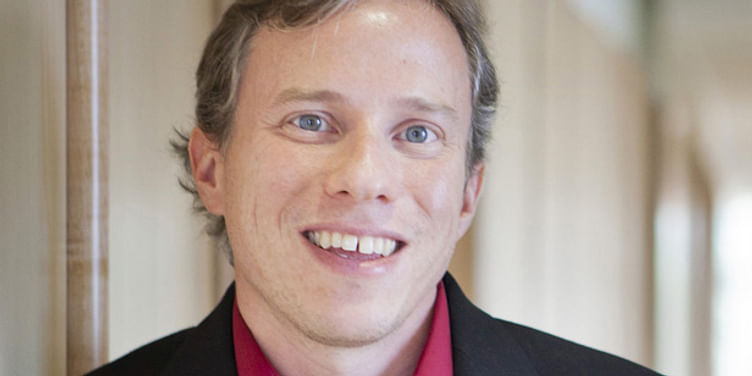 It was sometime last year when a friend told me about Udacity, I went to the site and saw the courses, CS101 (over 200K students enrolled for the course) was the first course which I was interested in (mainly because it was in python and the course was structured around building a web crawler from scratch). I was hooked and started doing the units daily after office hours. Though the course was long, the content was very much in depth with a deep dive into concepts. I had made up my mind to talk to the man who was behind this awesome course.

As a result, we recently caught up with David Evans, who is a professor of Computer Science and heads the Research in computer security at University of Virginia. He has also won Virginia's highest award (Outstanding Faculty Award) for university faculty and holds a doctorate from MIT among other degrees.

Here, we give you an unedited version of what he had to say about himself, Udacity, and life in general.

YourStory: Tell us some things about your early life, the environment you grew up in and the experiences which shaped your world view about things.

David: I grew up in suburban Detroit, with the good fortune to have parents who were scientists and teachers. I got my first chance to program a computer when I was seven years old and my grade school got a teletype terminal, but really got excited about computing when the school got Apple IIs a few years later and you could play games and write your own graphics programs. After finishing high school, I went to MIT and took the SICP course from Gerry Sussman. From then on, I was hooked and knew I wanted to go into computing. I’ve had many experiences that have shaped me as a teacher, starting with teaching piano lessons and tutoring math while I was in high school; to being a teaching assistant for MIT professors including John Guttag and Barbara Liskov; to all the opportunities I had to teach amazing students at the University of Virginia.

YS: What was the motivation behind choosing teaching as a profession?

David: Being a professor is the best job in the world – you get complete freedom what to work on, you get to choose with whom you work from among a pool of creative and talented people, and you have an opportunity to interact with and influence bright and ambitious young people.

YS: What are the pain points you encountered in the journey of Udacity?

David: Since CS101 was the first Udacity course, we were figuring out everything for the first time. There were lots of little pain points like difficulties getting the recording setup to work correctly or be easy enough for me to use that I wouldn’t mess things up. But, for the most part, things went surprisingly smoothly and the course was launched on schedule and there were no major problems (other than a lot of trouble getting the certificates generated at the end of the first course run). The bigger pain points were more due to realities of Udacity being a venture-funded Silicon Valley company – this meant it was necessary to make business decisions that didn’t always fit with the original ideals.

YS: Please tell us some interesting observations about the demographics and patterns which you noticed about the users of Udacity (like % of students leaving the course midway, largest number of users from a demography, most popular course)

David: The first run of CS101 (starting in February 2012 and running for 7 weeks) enrolled over 94,000 students, of whom 26,000 attempted at least one “homework” problem in the course. Of those 26,000, 38% finished the whole course (9,723 total), most of those solving nearly every problem in the course. After that, CS101 has been an unscheduled course, with students being able to start the course whenever they want and move at their own pace, and the course has continued to develop with some new materials and improvements. To date, about 400,000 students total have enrolled in the course. I also taught an Applied Cryptography course, which is a more specialized and smaller class. Students come from a wide range of countries and background (Look here for some numbers). India was the third-most populous country in CS101, after the United States and Spain.

YS: In a lot of countries (especially, in Asia), companies are still not open to unconventional certifications, especially if they are not from a brick and mortar institution; thus they don't not prove to be much effective currently in getting a job; instead, these online certifications are helping create more freelancers and entrepreneurs, how do you react to this.

David: This is one of the biggest hurdles faced by open education, and part of the reason Udacity ended up partnering with traditionally accredited universities. There are places where traditional degrees are not necessary and it is most important that candidates can demonstrate what they know and can do, but it is very hard to get in the door at most companies without a traditional credential. This will change eventually, and it shouldn't take too long for alternative credentials to gain recognition, but accredited degrees still have a lot of value today.

YS: What are the core areas where you will be focusing in the near future and how are you planning to go ahead about it?

David: I’m back at the University of Virginia now, so focusing on my courses and research group there. I do make all of my courses there open (at least in terms of accessibility of the materials) though, and hope to be able to find good ways to make courses more open and effective for non-University students. I’m currently teaching an operating systems course (http://rust-class.org). This is the first semester I’ve taught this course, but hopefully it will develop over the years into something that is useful to many more students than just the ones in my University of Virginia classes. It requires more background than CS101, but I think with another course in the middle, could be part of a coherent sequence of courses that would form a strong computer science degree.

We wish David great success in his journey to build a better and more educated world.