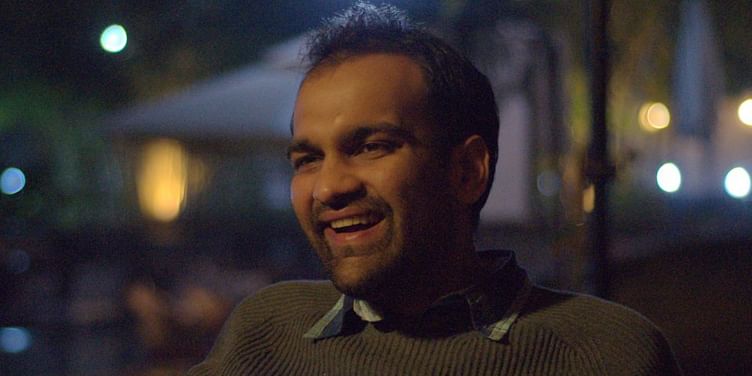 Aakrit Vaish is a Mumbaikar who has spent quite some time in San Francisco. An engineer from the University of Illinois, Aakrit was into consulting for a couple of years before moving onto Flurry, a mobile application analytics and data-powered advertising company based out the Bay Area. Aakrit was one of the early employees at Flurry and moved back to India in 2011 to head its India operations. He witnessed and was a part of Flurry's ascend to becoming a multi million dollar company.

All was well but the startup bug had to do its job. “The time at Flurry for the past 3 years has been the most exciting and personally satisfying period of my career so far. The hardest part about moving on was that I loved my job, and Flurry is in a great position to conquer the world. However, the itch to start up and chase the idea was overwhelming enough where it was now or never,” wrote Aakrit on his blog in August this year when he was taking a brief break before coming back with full force.

So, what's the big idea?

I got in touch with him over call and Aakrit told the story about his Eureka which had occurred sometime late last year. While at Flurry, Aakrit was noticed the high growth of messaging services around the globe, be it WhatsApp, Line, or anything else. And the reason is primarily that the user is on his or her own terms while messaging. The asynchronous nature of messaging really ticks. And especially when a person is dealing with brands and companies. This clubbing of two ideas was the Eureka moment.

The company is called Haptik and it is a smartphone application that allows users to chat with companies and their experts over messaging.

The user can download the app, pick a company from the preloaded list, and send a message. Company representatives or Haptik agents will receive the message, and send a response. And the conversation continues.

The revenue model as of now is a B2B one dependent on what scale the product attains and how quickly.

Who else has their skin in the game?

Aakrit's close old friend Swapan Rajdev is the other founder who is based in San Francisco where the company is registered. “We've been friends from a long time and had been playing around with the idea from quite a few months. After a lot of discussion and prototyping, we decided to take the plunge together,” says Aakrit. Apart from the two of them, the team is of six people based out of Mumbai. Miten Sampat is an advisor to the company.

What problems are they solving?

The main problem obviously is customer service. In a recent infographic published by Shankman Honig, a customer service consultancy based in New York, only 8% of customers believe they experience “superior” service from companies. And 73% of all the support happens via voice. The basic remise on which Haptic is working is that all these activities will eventually move away from voice and messaging seems like the best bet at the moment.

The other key area Haptik addresses is search. Many users spend a disproportionate amount of time on searching for information on the web about services provided by companies. And this process is especially painful on the mobile. Via Hatik, users can get this information as well.

Haptik is signing up early users at the moment and more announcements will be up on their blog. Aaprt from this, Aakrit is also an investor in a couple of companies, Flat.to being the one he is most active with currently. Dataweave and Tookitaki are the other companies Aakrit has invested in apart from sitting on the board of Winmark Enterprises, his family business into textile. “Yes, my plate is startup full at the moment but my priamry focus will be on Haptik to get it off the ground and flying,” signs off Aakrit.