Start from the end - potential for exit drives VC funding 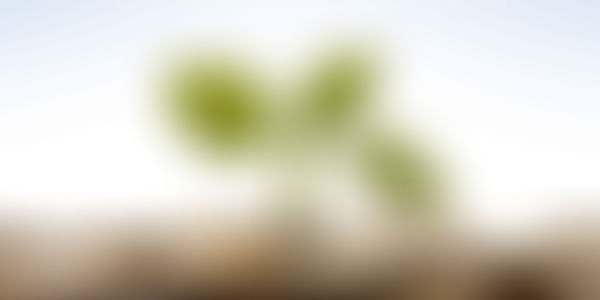 To Warren Buffett, "favorite holding period is forever." He only buys something that he would be "perfectly happy to hold if the market shut down for 10 years." The VC world, whom entrepreneurs resort to, for funding, thinks very differently. As several VCs have expressed in different ways, "We invest to exit, not to stay put." With a typical investment horizon of 5 years, VCs plan their exit before they get in. People who are starting up, because of their huge passion for an idea or to make something really big, probably ignore this fundamental philosophical difference when they go to raise funds. Most of the recent success stories hailed by the VC world have the entrepreneurs out of their business (e.g., Tutorvista, marketRx), or left with a small minority stake (e.g. RedBus). Yet, if you do a poll among aspiring entrepreneurs, on what their stake will be in the company 10 years after inception, I doubt that even a fraction will say zero.The irony is tough to miss. VCs look for really passionate doers, and entrepreneurs look for long-term investment partners. Both having different objectives ultimately. While exit is an afterthought (at best) for most entrepreneurs, it is the thing that VCs constantly strive for. Naturally, this leads to dissonance in several forms. Issues such as extent of dilution, professionalizing management, composition of Board become the bone of contention later.

Prevailing themes, e.g. e-commerce, market place etc., attract a lot of aspiring entrepreneurs. While some are able to get early encouragement in terms of funding, others complain that their billion-dollar idea is not understood well enough. As entrepreneurs look to raise money, it is very important to put on a client-hat and appreciate the drivers of common investment themes. Ultimately, investors have clients to cater to: clients who would buy into their portfolio. The themes are driven by the needs of their clients. Since every VC has a different set of clients with varying needs, the themes vary by VC and change over time. Let's take a look at some of typical target clients of VCs.

Now, I am not an investor but if I were one, I would certainly view my potential investments through the above lens. If my mandate is to ultimately sell in 5 years, I need to think about a buyer first. I will dump a pitch from an early stage real estate builder with a proven business model with strong cash flows, if I don’t believe I can sell it at 10x valuation to one of the large builders or take it to an IPO in five years or sell it to a fund. If there is a precedence it only makes the case stronger.

Let us put the above in perspective and assess some frequently given advice to start-ups on fund raising. Exit might not be the sole reason for the specific advice, but nevertheless it helps answer several anomalies. Several times you would look at a deal and say their valuation is better than ours though our model is similar albeit in a different industry. Or a firm who is yet to get a customer has raised money whereas you were denied for being early stage despite you already generating profits.

I must say with a big caveat that much of the above depends on the constraints that investor is operating in. If you have a successful entrepreneur investing his own money, or the LPs of a fund have the objective to build strong businesses for the long haul rather than a 5-year investment payback mindset, their flexibility and perspective towards building a business will vary. They are looking for a different outcome.

Both entrepreneurs and VCs do not talk about exit that often. However, it is a responsibility on both ends. Just for their own long term good. Entrepreneurs needs to appreciate the need and ways of VCs, who are ultimately in for commercial gain. At the same time, VCs need to talk a lot more about their preferred ways of exit.

The message remains - you have to start with the end in mind.

Abhishek is co-founder of securenow.in. The company works with investors and entrepreneurs to mitigate their business risks through insurance. Before he setup SecureNow, he was part of McKinsey's Health-care and Insurance practice, where they served large Insurance companies to solve product, marketing and operations issues.