Add power to your point – 3 tips for presenting effectively 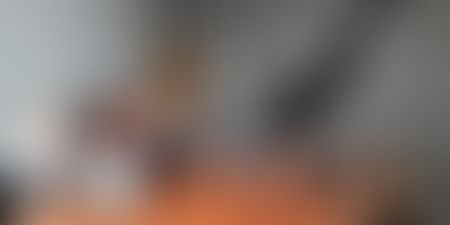 Do you know the no. 1 fear that people have? No, it’s not snakes, or heights or intimacy. ‘Fear of the Dark’ may be one of my favourite songs but it’s also not the world’s greatest fear. The greatest fear that people have is public speaking. If weddings required presentations to be made by the betrothed, ‘The Runaway Bride’ would probably have more sequels than the ‘Carry On’ series, ‘James Bond’, ‘Friday the 13th‘and ‘Godzilla’ combined!

Yet, like it or not, as an entrepreneur, public speaking and making effective presentations will be a critical asset – it is the core of selling. Greg Rollet, CEO of The ProductPros put very eloquently what several others have said before him – “Entrepreneurs need to know how to sell. Everything... revolves around selling and persuasion: you are selling your company to investors and new hires, selling your product to buyers, selling and persuading your team to perform at a high level, selling yourself and your dreams to the media. If you can’t sell, you will not succeed as an entrepreneur.”

I remember my first professional presentation – a perfect video for Eminem’s Lose Yourself – “His palms are sweaty, knees weak, arms are heavy. There's vomit on his sweater already...” I chain-smoked 5 cancer sticks, drank 3 glasses of water (telling myself it was tequila), and had to literally drag myself to the speaking spot. And you know the size of my grand, intimidating audience? All of 2 people...

Fortunately for me, I have made significant progress from there, going on to present before audiences of 1,000 plus people – often using ppts that were completed on the cab ride to the venue! Here are some of the things that have worked well for me:

You’re scared? Don’t fight the fear, play to it

The fear of public speaking is a primal fear, stemming from our fear of rejection. It is our mind, thinking like it would have in our Neanderthal past, warning us against ostracism by the group should we fail to impress. I’ve spent hours telling myself that this is an irrational fear. After all, people who are taking time out to hear me are obviously interested in my success, rather than having wasted their time. And even if I do screw up, it’s not like I’m going to be driven out of the herd and eaten up by some predator!

But the issue with primal fears is that logic doesn’t work. It’s the way our brains are wired. What finally worked for me was to allay the fear itself. I almost always start my presentations with a joke or some witticism. The moment I’ve managed to get a few smiles, I’ve put my brain at rest about being rejected; those smiles mean that I’ve been accepted! Yes, not every situation is conducive to Santa-Banta or Pedro – be creative. It needn’t always be a joke but a humorous incident. Especially for a business pitch, imagine sharing your problem statement with a funny anecdote – that’s two birds with one stone...

You are the star, not your powerpoint deck

The powerpoint deck was created as a tool to underscore your key points and serve as a reminder in case someone didn’t hear your properly. As such, your deck is only your tool or visual aid. You are the star – remember that! In my early days, I would often read through my ppt, line by line. This was just plain stupid because if people have to read every line in my deck, I become redundant. Here was the issue – I had spent so much time and effort in preparing the deck that it became my thing to show off. Moreover, since everything was laid out in the deck, I hadn’t built up the story in my head and was completely reliant on what was written. According to Dr. Albert Mehrabian, author of Silent Messages, 93% of communication is non-verbal. While there has been significant debate on how the Mehrabian approach should be interpreted and used, the fact remains that the audience is there to hear you, not read your deck! Make sure you spend time on working your story in your head; simple bullet points on a plain white slide will do, an unstructured story being narrated won’t.

An important aspect of making audience impact is eye contact; not with one person but the entire audience. At one of my early sales pitches to an HR team, having just learnt about eye contact, I spent my entire time flipping my gaze from my laptop screen to a (particularly attractive) lady in the audience. After the pitch, she came to me and said, “I’m really flattered and completely buy in to your proposal! But I’m just an intern. The HR head probably missed your entire pitch; he seemed immersed in his blackberry the whole time!”

Voice modulation is another important tool for keeping the audience engaged. Try this out yourself – listen to the 1st 30 seconds of this commentary on Thierry Henry’s goal. Note how the commentator moves from the dull drone to the excited – “Henry...chance...goal!!!” Imagine how this would have sounded had these 3 words been spoken in the same dull tone. Make sure that you modulate your voice, put emphasis on specific words or phrases and display emotions through your voice. If you can, try to rehearse in front of a mirror. Time yourself!

Prep your prop – the deck

The powerpoint deck is a tool that you use to underscore specific points. It must bring out your story. For points to come out clearly, slides must not be cluttered. Only the key messages must be covered – the stories around them are for you to narrate. Every slide should have a core ‘umbrella message’ with a logical flow from one slide to another. I hate it when you are asked to restrict your presentation to x number of slides. That leads to a tendency to clutter up each slide with multiple different things. I’ve seen speakers who need to make 10 different points and use 10 slides for them – far more effective than those 10 points on 1 slide. And I really doubt that 9 slide transitions actually take more time than having all of it on 1 slide.

Personally, I’m not a big fan of using slide fancy transitions and custom animations. While having text flying in and doing an entire gymnastics routine might look really fancy, it’s a huge distraction when you are physically presenting. I remember a presentation where the speaker had used a gif of a nut-bolt constantly turning while presenting on the engineering industry. I wasn’t too familiar with gifs at that time and I remember spending my entire time just marvelling at the nut-bolt. And yes, that’s all I remember of the presentation!

That said, sometimes good images can be important visual aids. Use images that will connect with your story and help build an association. People may not always remember what you said but they will remember a powerful image. After all, “a picture is worth a thousand words.” Just don’t go overboard...