An engineering dropout from Himachal in pursuit of commercialising solar lighting 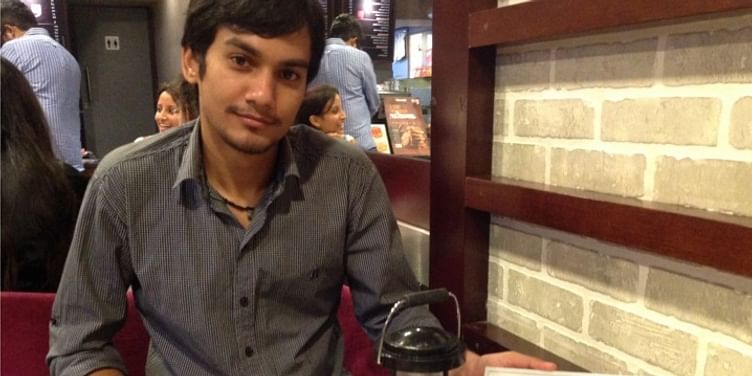 Prince Verma is a man of stories. Now in his mid-twenties, Prince has seen quite a lot of the world - an electrical and electronics engineering dropout, Prince is one of those who had a great internship experience where he learnt many of the tricks of the trade. "I am from Hamirpur in Himachal and went to Punjab for college. The atmosphere there wasn't conducive and I wasted most of my time in college. My first internship at an electronics company in Gurgaon is where my life changed for a good," Prince told me at a crowded CCD in the heart of Delhi where he has shifted for his business.

Prince has changed multiple jobs with various job profiles but his stint as a lighting designer is what excited him the most. "I was lucky to get a job. My seniors were generous enough to help me for the first couple of months when I had a absolutely no clue about what my job description meant," says Prince with a grin. But he was quick to learn. He experimented, broke things and hence got better at fixing things.

Prince always has had an entrepreneurial bent. Even in college, he was occupied with the wonders of the internet and was working out ways to make money."At one point, I even had a web hosting company which I was selling via a reseller program," he says. Prince was doing multiple things until this August when he decided to focus more on LED lighting.

He has good know-how; and a flamboyant personality helped him to maintain relationships in the industry. He now makes and sells LED bulbs, lanterns, mobile chargers and a few other innovations. "It is a compulsion to import solar panels from China at the moment but my intention is to keep the products completely India-made," says Prince. He has been selling to friends and friends of friends till now and is in a state to expand his business, via his online portal.

Prince also provides LED lighting solutions for houses and organizations even though he is just a one-man army at the moment. It is a sunny path in front of him. Surely, an entrepreneur to watch out for, in the solar energy space.