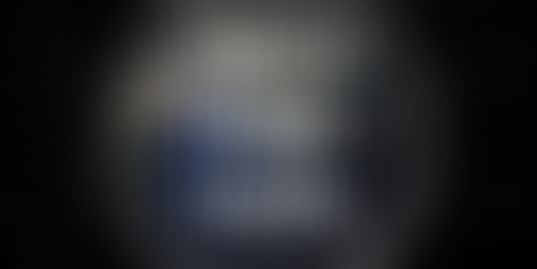 One of the Chinnikrishnan Innovation Awardees this year was Srimathy .K of Space Kidz India, for creating a special ‘Space’ for Indian kids. This is a small drop of rain, says Srimathy, about her achievement thus far. “I want to make my Indian children to be world-known persons for their talent,” she announces.

Space Kidz India, or SKI, is into designing innovative concepts for students in art, science and culture. SKI took a group of students on an educational mission to NASA, Florida, in the year 2010, an exposure that culminated in children opting for scientific studies in the fields of aerospace, aeronautics, environment, robotics, apart from the regular streams of engineering and medicine, the site informs. “Along with serious studies, art and culture also play an important role during these camps, as our Indian art and culture is world-renowned. These children have had the pride and privilege of performing at the Kennedy Space Centre, in the US, and also at the York University, Toronto.” Scrolling on the SKI’s homepage are announcements such as ‘Mission to NASA Nov 2014,’ ‘Mission to China May 2014,’ and ‘Europe Space Center Apr 2014.’Enthusiastically, Srimathy informs that she has made partnerships with MIT and Harvard. “I have also tied up with the one of the best pilot-training schools in the US. I really want to change India from being a developing nation to a developed one during my lifetime. This is my mantra.” In this brief video interaction with YourStory, she speaks about the challenges, and her message for entrepreneurs.

There were so many challenges. Parents, staff, colleagues, and all my friends called me ‘mad,’ when I wanted to do this, whenever I talked to them about my concept. They said to me, ‘You can have interest, and desire, but do not be greedy, Mathi.’ They said, ‘Don’t joke, you can’t get a tie-up with MIT and NASA. Don’t fool us.’

I don’t believe that only if I have popularity I can do something. I have self-confidence, and straightforwardness, and I can do hard work. So it is enough for me to reach my goal. I have tried a lot not to take a step back from my goal. I tried to convince the people.

Generally, parents do not have any awareness that their children can shine in fields other than mechanical, civil, or medicine. We cannot blame them because they do not have any exposure. So I just took the children away from their parents and let them understand the life-skills, like filling up a challan and such little things.

When seeking visa for 100 children, I wrote to the US Consulate that we have come up with a new concept that our Indian children need to understand the science and technology out there. All these children are not rich enough to go there. We have the children of a driver and a farmer, so don’t refuse visa for us. They are coming there only for education purpose, and we will not stay there. Our country is a beautiful one; I do not deny that your country is not, but we have lots of vision about what we want to do here. They were so impressed. We do flag-off for all the children before they start their voyage; it is done either by the Ambassador or Consul General.

Being a housewife, I could do all this because of my confidence. This was possible because I really want the children to come with flying colours. India has a large population of children; and we can produce lots of young entrepreneurs to change our working society in to an employer society, to create jobs in India. Needed are patience, hard work, focus, and vision in everything we do.

Don’t start a business to change one crore of money to ten crores. Please think of doing good to the society by being an entrepreneur. I am not saying don’t make money; but if you start your business for a good cause, you can reap ten crores of profits.

There were talented children from poor families. I had tried a lot for financial aid for these students, in vain. But I had the determination that I should not show the negative side to the students, that I should not tell them that it won’t happen or it cannot be done. We have to be different by saying to the students the positive side of the life. In every aspect, we should tell them that it will happen or it can be done.

Children of age 11 to 20 years are like clay; you can mould them in whatever shape that you want to make. So we have to inject the positive aspect of facing the life to them; it can reflect back as triple or quadruple times what we have given to them.

The only duty of ours is to encourage our children. It may not have happened to us, but our children have the guts and talent to make all the things happen. So please give the positive energy and strength to them. If they fail in anything, please encourage them by saying, ‘You can make it like a phoenix bird.’ It does not matter how many times it fails, but the bird tries to fly and at last it makes it happen. Think of our children as of the same kind and encourage them whenever they fail to make it, until they succeed.

Here, in Space Kidz, we are doing the same thing: giving the children the positive energy. And we have experienced the good results, so we are following it.