Journey from ISB to co-founding a travel startup: Tripoto 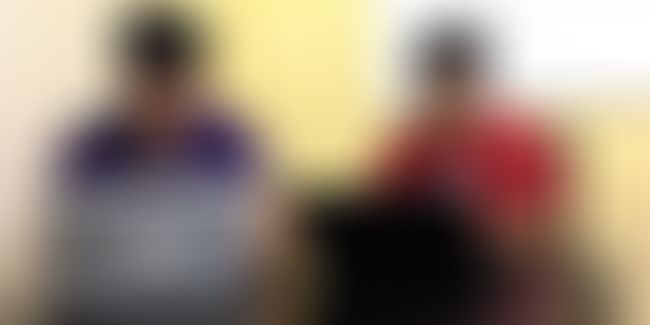 Founded by Anirudh Gupta and Michael Lyngdoh, Tripoto brings together travellers from around the world to share and discover real, and actionable crowd-sourced travel stories. The startup maps every single destination in the story, along with the associated content and pictures.

In his earlier stint, Gupta was part of the founding team of Notion Ink, and also worked for Rocket Internet as an Entrepreneur in Residence (Middle East). For Lyngdoh, it’s his second startup; earlier, he founded HST Operations (now known as HST Solar), which raised its first round of funding from HBS alumni.

All the itineraries are and will be by real travellers. A travel itinerary tied to a traveller profile provides additional information, such as the nature and interest of the traveller. It adds to the authenticity of the content. Further, people can connect with these travellers and ask questions related to their trips. The startup maps every single destination with its associated photograph and content, as content and reviews are still very poorly tied to destinations (especially in the developing world).

While it's easy to find 100 trips on Agra (offering the same tours), offbeat destinations in the developing world (specifically Asia which is their focus market) have not been mapped and documented properly. “We aim to map every single destination and get credible information about it from real travelers. People’s desire to travel to offbeat places has increased exponentially in India and they are no longer satisfied with the usual 'Agra tours' or 'Golden Triangle' tours. They are constantly looking for inspiring experiences,” says Gupta.

It is incredibly hard to build a decent technology team in India and this is something that many entrepreneurs don’t realise, says Gupta. Good talent is locked in big companies, or is very hard to find, bad talent is abundant but getting them on board is suicidal for any company. “We faced a lot of challenge in building the technology team and invested a lot of time to get good people on board,” adds Gupta.

Initially, when hiring, the advice that the duo received was to use IIT and ISB brand name to hire. It might seem like a good strategy but they realized the futility of it very soon. “Good candidates care little about such tags in the real world. In the end it’s what you are building that matters more than which brand you belong to,” says Lyngdoh.

Traction and motivation for being an entrepreneur

Currently, Tripoto has around 100 itineraries that have been shared by travellers with an average of 8-9 page views per visitor. “We hope to reach a target 1000 actionable itineraries in the next 3 months, with a strong focus on Asia,” says Lyngdoh.

“If you are passionate about the space you are working in and solving an exciting problem with a good team then it’s a no-brainer,” says Gupta. High salaries and the perks that are associated with b-school graduates don’t seem to matter at all once you get the priorities right, adds Lyngdoh.

Challenges and road ahead

The biggest challenge for Tripoto is to expand the base of content creators, to have a steady number of good quality trips flowing in every day. “Adoption of new platforms is slow and we have to expand quickly and find a good number of early adopters,” says Gupta. Besides, there is a huge chunk of interesting content and photographs, offline (especially in India and the developing world), and aggregating and digitizing of this offline content is a big task, adds Gupta.

“We will also add gamification features to encourage sharing of travel content along with independent guide segment to offer travelers a choice to directly book tours from these guides through Tripoto,” concludes Gupta.