The dark horse of the Indian online jewellery space: Voylla 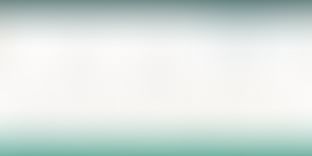 Buying jewellery online for Indians was probably inconceivable a few years ago. But, today, we have a few players who've consolidated their position and even raised funds to scale up operations. Voylla is one such startup which hasn't been in the news a lot but has been slowly tugging away for more than an year now.Founded by ex-Amazonian, Vishwas Shringi, Voylla began as an online portal for designer apparel. "I had been in the US for work but returned back to my home in India in 2011. It was a time when eCommerce looked promising and with my background in the space, decided to startup Voylla," says Vishwas. In due course of time, they added imitation jewellery and soon realized that it was doing much better than apparel. And thus, in 2012, Voylla shifted focus completely to become an online portal for imitation jewellery.

Vishwas got on board an expert in the jewellery sector and also managed to raise an angel round Voylla currently holds more than 5000 SKUs and adds 500 every week. "We don't redesign a particular product once it is sold out. This helps in maintaining exclusivity and also a lot of freshness to the products we sell," says Vishwas. Voylla has a warehousing unit in Jaipur from where they ship out products within 4 days across the country.

The majority of the orders come from metros but a lot depends on the kind of category if one is looking at the demographics. Voylla raised a seed round late in may from Snow Leopard Venture Partners and have recently hired Rohit Bansal to thrust operations. "Business is growing 40% MoM and we shipped ~4500 units with average order value (AOV) of INR 900 in September," says Vishwas. There are other players in the market like Carat Lane (into real jewellery) and Jewelskart (into imitation) but Vishwas is confident about their growth. The team size is now 30 and the company is looking to raise a series A to market and scale up for both inbound and outbound.