Eco Femme: makers of the reusable sanitary pad that empowers women and helps save the environment 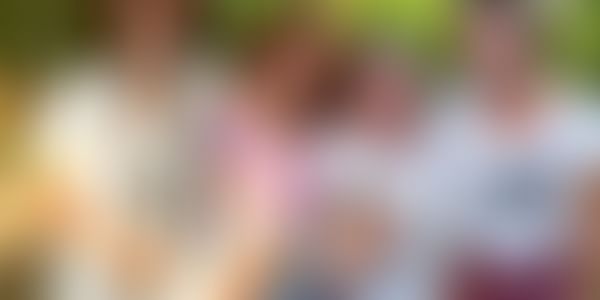 Kathy Walkling first stumbled across the washable cloth sanitary pad in a small village store in New Zealand while she was on holiday. That single piece of cloth, she says, changed her life. The process of washing and reusing it instead of the tampons she used earlier, she claims, got her more connected with her own body. It didn’t hurt that she was also protecting the environment and saving a lot of money in the process. An estimated 12 billion pads and 7 billion tampons are disposed of annually in the US alone. The plastic used in them can take years to decompose and the chlorine bleach is also quite harmful to the environment.

When Walkling came to Auroville (a sustainable community in Pondicherry) in 1997, the sanitary waste issue overwhelmed her, since she was more accustomed to the ways of the West, where the problem was atleast out of sight and out of mind. The disposal of sanitary pads in India is a huge issue and they are either burnt, causing pollution or buried, where they don’t tend to decompose because of the plastic. She thought back about the reusable cloth pad as a way to tackle the situation. Walkling and her team interviewed 300 women about menstrual practices, issues and difficulties. In India menstrual hygiene is a huge cultural issue and taboo and is often not discussed. She began to understand the local practices of using cloth (43 per cent) or disposable sanitary napkins (41 per cent), and no tampons (15 per cent used both cloth and pads). The old cloth that they were using was not very absorbent. After having used for 7 years, she started playing around with designs and in 2009, she started low-key production of reusable sanitary pads using brushed flannel cotton and thus was born Eco Femme. Walkling began selling them in the local store. Soon women called and said that they wanted to sell it. “I researched materials for absorbency, got the logo, picked up material from Chennai. The pad had to have wings, be soft, come in different sizes and most of all be absorbent,” says Walking about her journey. Eco Femme products are leak-proof and come in 4 variants: wings, day, night and panty-liner. It can used for 5 years (pack of four), if cared for properly and lasts 75 washes each.

The pads are stitched by 15 economically disadvantaged women who are members of Auroville Village Action Group (AVAG)‘s self help groups. The women receive a per piece rate for completed products. Walkling faced some financial constraints because she was low on grants. Gijs Spoor (Jessamijn Miedema, her co-founder is Spoor’s wife) who runs the social business accelerator UnLtd Tamil Nadu suggested that she model Eco Femme as a social enterprise. “The idea of Eco Femme being both entrepreneurial and sustainable gelled with my thinking. This is the future. The good thing was we could do this without trying too hard, because training women in tailoring skills was already there and the machines there,” adds Walking.

Eco-friendly cloth pads are quite popular in the west, especially with environment friendly women or those women that are health conscious because there’s bleach in most sanitary pads. Eco Femme decided to tap this opportunity. “We want to increase sales internationally as in the West it retails for between $8 and $10. We have a lot to learn, I’m not a business woman, my heart is in social development and need to get savvy about long-term strategy in terms of figuring out the supply chain,” points out Walkling. At present they export to 14 countries.

For the international markets, they also plan to introduce a premium range made from organic cotton in 2014, and are currently researching on how to manufacture these high-end products. This would require higher investments, but Walkling is nervous about taking on big funding at the moment, and prefers to slowly grow the business. So far she and two others have invested Rs 1 lakh each and have also received a Rs 5 lakh interest free loan from a friend.

Most of their sales internationally and in Indian metros happens in high-end stores or online. In India for instance, Eco Femme retails at places like Metro Mantra (Mumbai) and Green and Good, or online on sites like Boxtree. They are selling an average of 1200 a month, but with rising sales, they expect to double this to 2500 per month before the year ends.

Eco Femme’s rural foray is just starting to kick off after two years of product testing in Tamil Nadu and Uttar Pradesh. Findings from the user research has made Walkling realize that women are the same everywhere; Eco Femme’s products have received a high level of acceptance. The models for rural women include the fold-able cloth model, with wings and one that has a belt.

The cost of the pads for rural areas, which are made from the same material as the ones that are exported, cost Rs 80, but the first few batches are going to be given away free because, Eco Femme through a ‘pad for pad’ international sales campaign was able to mop up some funds for the rural initiative. Their first rural pad order to organization will happen through an NGO partner, working with the self help group (SHG). The pads, which come in a pack of four, will be given in school, alongwith with education on menstrual hygiene. “We have got donations for 4000 pads and have given away 700 and we don’t want to just throw the pads at the girls but give them a choice. They should be willing to use it. We also need implementation partners to do the education piece,” remarks Walkling.

Walkling says that her motivation to start Eco Femme was to empower women and to combat the rising waste in the environment. She wants to dispel the myths that are being communicated to women about their bodies: that their periods are something disgusting and they should be ashamed of their bodies. “The products are just tip of iceberg, the development of women and giving them dignity is the real quantum leap,” concludes Walkling.