Is there anybody out there, listening to the machines? Yes, Flutura 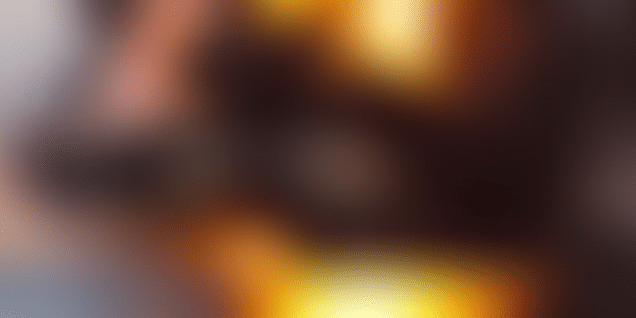 On 20 April 2010, when half the world was asleep, an underwater rig exploded in the Gulf of Mexico: the infamous Macondo blowout. BP’s Deepwater Horizon drilling rig burnt, sank and leaked 4.9 million barrels of oil into the sea. At last count, this cost the oil company $42.2 billion in criminal and civil settlements alone.

This was the largest marine oil spill in the world, but even smaller blowouts than the Macondo have huge costs – upwards of $1 billion. Hence the oil and gas industry’s desperation to find newer, more effective ways to prevent them. And this is where Flutura, a one-and-a-half-year-old tech startup in Bangalore, comes into the picture.

It seems inconceivable that a small company started last year by three ex-employees of MindTree can solve a problem as mammoth as preventing oil well blowouts. But that’s the beauty of information technology – it’s often more a matter of brain than brawn.

Oil rigs have thousands of alert mechanisms. Each drill head has about 25 sensors, all of them spewing out data every 15 seconds. The problem is that each sensor is monitored individually. This is like going to a concert and being plugged in to only one instrument at a time. If you don’t listen to them all playing together, how can you appreciate the music?

That’s what a Flutura data wiz figured – that if the big data from all the sensors on an oil rig were to be correlated, and made sense of, there would be more than enough warning of impending trouble. And this is exactly what Flutura does. Their patent-pending Cerebra Signal Studio makes sense of big data from machines, not just in oil rigs, but in areas as diverse as telecom and retail, power grids and smart buildings.

“Machines are constantly talking. It’s just that not many are listening. We do. Quite like how the brain receives millions of signals in any situation, processes it and makes sense of it in order to respond,” says Krishnan Raman, Co-Founder and CEO, Flutura.When a major travel portal saw a sharp drop in bookings after they moved applications from the desktop to a mobile platform, they were puzzled. Analytics indicated that large numbers of people were still looking at their offerings, but far too few of them made bookings. Flutura helped them figure out how to remove friction points in the booking process. “We took their entire machine logs on customers -- login, location, browser data, mode of payments, etc. -- applied our algorithms to identify patterns and suggested corrective actions (such as offering more payment options). This significantly increased the look-to-book ratio,” explains Derick Jose, another co-founder of Flutura. The technology can thus be used both to contain massive operational risk, as in the oil rigs, and to dramatically increase operational efficiency, as in the travel portals.

Flutura places themselves at “the cusp of M2M and big data”, M2M standing for machine-to-machine. Krishnan, Derick and the third co-founder, Srikanth Muralidhar, had earlier been responsible for scaling up the data and analytics division of IT major MindTree, where they worked for 15 years. They had dealt with big data too in projects such as UID which set out to create a unique identification for every Indian citizen. The architecture for the large datasets in UID, similar to those used by Google and Yahoo, opened their eyes to new possibilities. But it was when they saw the untapped potential in big data from machines that they decided to branch out and create a new software product for this space.

"Today we face a firehose of machine information. To make sense of it, we need to tame that data beast first. This can be done only by using complex algorithms and data models. Cerebra Signal Studio does that, and then responds to the answers found, in real time. We call it a Tame, Sense, Respond Engine," Krishnan explains.

The underlying technology – or Lego blocks of algorithms and models, as Derick puts it – can be applied across a wide range of sectors, while specific solutions called Cerebra Nano Apps are developed for each business or industry. "The technology component is not easy to understand. Those are like the roots of a tree, hidden below the ground. Above the ground are the Nano Apps, the fruits. Businesses understand those," adds Derick.

Cerebra Signal Studio is in the process of being patented in the United States. That will just be the next step for Flutura, winner of the TechSparks 2013, a flagship programme of YourStory which ferrets out the most promising technology startups of the year. They were also picked among the global Top 20 Most Promising Big Data companies to watch out for, by CIO Review in the Bay Area.

Krishnan is excited at being part of what he calls a software product renaissance in India. Large Indian companies, he feels, are still preoccupied with services, in which there was easy money to be made in the past. Krishnan, Derick and Srikanth, whose inclination had been towards developing software products, felt the time was ripe to break away.

“Earlier, for product startups, it was tough to find risk capital or mentors. In the last two years, both these aspects have changed,” says Derick. Flutura recently attracted funding from the Bay Area based Hive, which will be used to expand their markets in the US, Germany and Japan where there is big demand for Big Data Analytics.

Three men in a garage

Breaking into these markets has not been easy for Flutura. There is an obvious mistrust for product solutions from India because of its long service industry association.

About 15 months ago, recounts Krishnan, Flutura made a presentation to a multi-billion-dollar company, showing the tremendous value their solution would provide. The company’s officials were suitably impressed, and the Flutura team flew back to India happy with the promise that a letter of intent would follow soon. When there was no offer, they called up the company only to hear this: “How can we give such a crucial project to three men in a garage?”

The Flutura trio decided to take a chance. They risked their own money and time to go ahead and build the solution anyway. “Three-and-a-half months later, we presented the solution to the company. They loved it so much that they signed us on immediately,” says Krishnan.

Flutura's solutions now have several early adopters among Fortune 25 companies in the US, Europe, the Middle-East and India. They have also learnt the hard way that it wasn’t enough to have a great product. It was after they started presenting their solutions in monetary terms, showing the return-on-investment, that they began to clinch big deals.

The power of listening

Flutura currently has a 60-member team, and it has become an aspirational company, able to attract top notch engineering talent for cutting edge software product solutions. Sugato Ray, for instance, has an electrical engineering degree from the University of Illinois at Urbana-Champaign, but chose to work at Flutura. He feels this is where he can connect all the dots between the product being developed, its impact on businesses and how it is being monetised. “Here, we have the bottom-up approach and the top-down approach at the same time. So I can see the whole puzzle at once. Also, there is direct visibility to the top leadership, unlike in huge companies,” Sugato says.

The learning curve has been steep. “When I joined, I didn’t know as much programming as a computer scientist does. That was because I studied electrical engineering in college. Within two months here I learnt what I would’ve learnt in three semesters of a computer engineering course. That was a huge thing for me,” he explains.

Most of all, Sugato is excited to be working in the futuristic domain of building software products that act on big data from machines. There can be a myriad scenarios where it can play a vital role. A Flutura data scientist sitting in Houston, for instance, recently played digital Sherlock Holmes for an oil major, preventing a possible disaster at the other end of the world in Australia. Noticing a radical increase in the temperature of the drill head, he reached out to the team on the ground, but there was nothing in the ambience to explain it. It was on correlation with data from another sensor showing an increase in wind pressure – without wind activity on the ground - that the problem was finally identified. The exhaust gas was being blown into the motor air vents of the drill head, causing the rise in temperature. A simple change in direction of the exhaust sorted out what was a potentially hazardous situation.

Perhaps, if anybody out there had been listening to the machines, the Macondo blowout may also have been avoided, saving billions of dollars and preventing irreparable environmental damage. Thankfully, Flutura is listening now.

We had Krishnan Raman & Derick Jose, Founders, Flutura at TechSparks Grand Finale 2013. Watch this video, as they talk about the genesis of Flutura and how they are interacting with machines.