Mobile internet revolution in India - Insights from the Avendus report 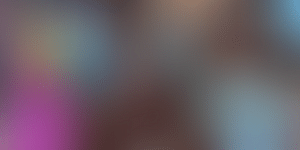 Vodafone inaugurated November by slashing its 2G rates by 80%, taking the rate down to 2 paise per kb. In its financial statements for the quarter ended September 30, 2013, Bharti Airtel reported mobile internet revenues at INR 1,503 crore, a growth of more than 100% Y-o-Y. These trends are reflective of the growing dominance of mobile internet in India, a theme that is explored in depth by investment banking and financial advisory firm – Avendus – in a recent report.

The trends in India, though lagging global benchmarks, are poised even more strongly towards mobile internet. Of India’s >160 mn Internet users, 86 mn access Internet using their mobile devices and mobile is the 1st experience of the internet for over 50% of Indians. While it took 17 years to hit 15 mn fixed line broadband users, there are already 22 mn 3G users in the last 3-4 years, in spite of the various issues faced in 3G connectivity. India already has over 36 mn smartphone users as against 60 mn PC users. However, the real play is coming from feature phones, which have taken the overall number of internet capable devices to 431 mn. Even as smartphones are becoming more accessible with entry level models starting as low as INR 4,000, feature phones will continue to dominate for the next few years.

By March 2013, India had 85.6 million active mobile internet users, which is 12.2% of total active mobile voice subscribers. 40% of Google searches in India are done on mobile and 30% of Facebook users are mobile-only. And it’s not only these internet behemoths that are seeing the traction. Within a year of launching its app, 25% of Bookmyshow bookings are taking place through the mobile app. For Cleartrip too, 20% of overall searches and 12% of bookings for Cleartrip come from its mobile app. The paid app market in India is estimated at INR 300 Cr, which says a lot for a country that has always balked at spending on the internet.

That said, monetization through mobile remains to be a tricky problem. From a consumer standpoint, MVAS addressed the payments issue but didn’t get much traction from content developers on account of service providers taking up 70-85% of revenue from the transactions. ‘Off-deck’ services – offered by content developers directly to consumers - are on the rise with third party app stores. Total paid app revenue from the iOS app store and Google Play in India crossed INR 150 crore in 2012, largely driven by “freemium” models and this number is expected to hit INR 2,000 crore by 2016. But payments remain a major issue.Reading through the report, I was left with some interesting thoughts and questions: