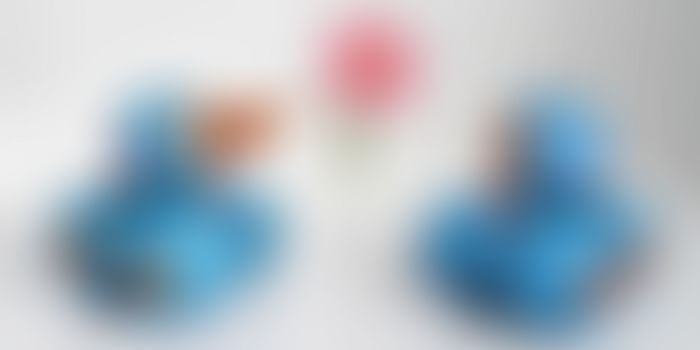 Vikas left Google, where he was the head of Consumer Payments in 2012 and took time off to spend quality time with his family, especially with his young daughter. That became his inspiration for what he wanted to do next. This is when he read a report from Estonia that talked about how they mandate their first graders to learn programming. This story became the instigator for a lot of research that eventually led to Play-i.

His research concluded that the most effective products for children to learn programming must be tangible. Since his background is mostly in software, Vikas reached out to people in his network who were the best people to build amazing robots for children. Then Vikas reached out to Saurabh, feeling convinced that he wouldn't leave a well-paying job to come start a company. Though Vikas turned elated when he realized how passionate Saurabh was about this problem and would come on Play-i’s board. In his previous stint, Saurabh led the iPod software team at Apple from 2006 to 2012.

Besides Vikas and Saurabh, Mikal Greaves and Imran Khan are other co-founders. Earlier, Greaves was VP of Engineering at Frog Design where he worked on several innovative and popular consumer products including products for children while Imran was leading marketing for Symantec’s $1.8B global online business.

Play-i was founded to make learning to program fun and accessible for every child. Research shows that tangible interactions can make abstract concepts of programming concrete for children. “We found several gaps in the existing products and what the market need was: existing robotics products do not engage or work for younger children; most robotics products are intimidating to get started with, especially for parents; and robotics products tend to be extremely expensive and as a result they don't reach a large enough audience,” says Vikas. Play-i’s motivation was to fix these problems by building delightful robots that every child could program -- even children as young as 5 years old.

Bo & Yana are designed to engage children at all ages. They are very expressive -- using the eye and the sound to express characters and personality. Bo was designed to take on very lifelike characters -- hence the Play-i’s team designed the head to be able to move (and be programmed) independent of the body, giving it more personality. In addition to the 4 motors (for head motion and body motion), Bo has an eye ring, ear lights, heart light, sound. Bo also has multiple distance sensors, sound sensor, accelerometer, gyro and encoders in the motors. Yana has an accelerometer that can be programmed to detect gestures. Both robots are programmed wirelessly over Bluetooth LE using a touch device and come with rechargeable batteries.

How it helps children to learn programming?

“In our testing with children, we found that the best way to make programming accessible and fun for younger children is to weave in languages they already know and love: music, drawing, puppeteering, storytelling,” says Vikas. For children 5-8 the company is building visual interfaces on touch screens that use these languages as context for programming. E.g., Bo can play a xylophone, and music becomes a starting point for children to create amazing robot programs. “By empowering children with these new capabilities, we hope to get them far more interested in computers and technology than otherwise possible,” adds Vikas.

How Play-i reached its $250K crowdfunding goal in 3 days

“Play-i has had a successful campaign on its website , thanks to the amazing community of customers with whom our message has resonated,” reminisces Vikas. At the day of its launch, it got covered by a lot of publications that helped them to reach its goal in such a short time. “People have responded very well to our robots, our mission and our presentation,” adds Vikas. The top donor countries are USA, United Kingdom and Canada. And it just opened to India -- and Play-i hopes India can make it to the top 3!

“We just opened up to customers in India. We believe Bo & Yana are great products for the Indian audience,” says Vikas. The company looks forward to getting it in the hands of a lot of children very soon. Customers can reserve their robots here. Earlier the startup raised a seed round of $1M earlier this year from Google Ventures, Madrona Venture Group and a few angel investors in Silicon Valley.

The startup biggest challenge has been to build a product that meets its bar, and exceeds the expectations of its audience. “We've worked hard, and tested several iterations of the product with children. One area we've specifically worked hard on is to make Bo & Yana accessible to girls,” says Vikas. During its initial tests with Bo, the team found that girls would look at Bo as a boy's toy. They would call it a car or a truck. In that design, the wheels of Bo were visible. “We then presented the girls with the wheels covered, as they are in the current design. This simple change instantly made girls want to play with Bo,” concludes Vikas.