QuiCli: A clinic management solution that doctors might actually use 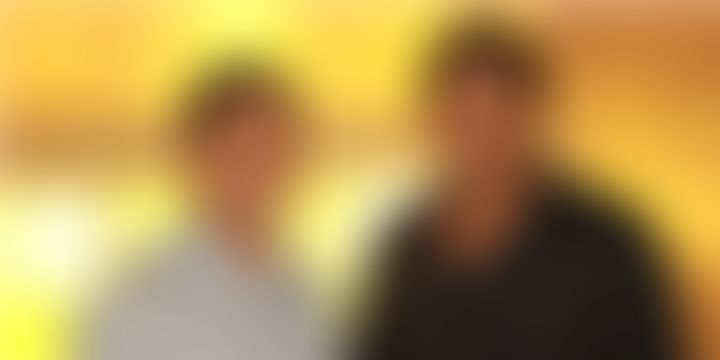 Software has found a space in almost every sector imaginable as the function it primarily performs- improving efficiency- is required everywhere. Be it a lawyer or an accountant or a teacher, everyone has software tools which can aid them in work. Healthcare is also one such space but somehow the adoption hasn't been as good as one would have expected, especially in India.

There have been efforts made in the space previously but QuiCli (Quick Clinic) has come up with a clinic management solution with touch screen interface that claims to be: easy to use, operatable while interacting with patients and has flexible workflows that suit their specific needs. The solution has been found by two Mumbai based computer engineers- Prasad Shahane and Jayesh Sawant. Both of them have had past startup experience and friends from High School, they zeroed in on Healthcare to startup. The aim is to build a comprehensive HIX (health Information Exchange) for India.

“It makes the tedious task of writing patient Electronic Medical Record (EMR) as easy as operating a mobile phone. It is a tablet based solution that works on a wide variety of devices and manages everything in a clinic from appointments to printing out prescriptions,” says Prasad. QuiCli is powered by QuiCli health information exchange (HIX), a common platform for all the stakeholders in the healthcare ecosystem including patients, doctors, pharmacies and pathology labs among others. It standardizes data in the digital format and makes it available to different stakeholders over secure channels.

The solution is such that the doctor has to use it because in the entire chain of healthcare professionals, if the adoption comes from the doctor's side, it becomes mandatory and easy for the rest. “It is a product that the doctors will find convenient to use and this has been proven with our beta customers,” says Prasad. QuiCli believes in the power of data and lets doctors sift through data in the form of various reports and charts for a better insight into their patients’ problems and medical profiles. Even patients can maintain records about their doctor visits and share it with other doctors they visit in the future. QuiCli also has a web based offering where data synchronizes in real time.

The QuiCli team ran surveys to understand why doctors are so technology averse and it turned out that even as doctors recognize the potential of digitizing their data for better outcomes but the traditional keyboard and mouse input and restricted workflows were culprits for less adoption. “We took nearly 9 months perfecting our data model and workflows so that using QuiCli has minimal learning curve as doctors transit from traditional pen and paper model to ours,” says Prasad. The MVP phase was funded by the duo themselves while in the month of April, a friend, Gautam Jain, a JBIMS alumnus saw promise in the idea and infused capital needed to see the team through the phase of idea validation. The core team has four members including the two founding members.

Post nearly 9 months of finetuning and a month in Beta mode, QuiCli was launched formally in September this year for diabetology specialty. “The traction has been good so far thanks to our easy to use workflows and subscription based pricing model which reduces the cost substantially for doctors. We now have 15 clinics onboard spanning across Mumbai and Pune even as we have only been resorting to direct marketing and that too for one speciality. India has upwards of seven lakh doctors and 40K get added every year so the opportunity is limitless,” says Prasad.

The product works on a pay-per-use pricing plan and the biggest challenges to overcome involved getting the solution working when offlines as well. Talking about marketing, Prasad says, “Given that our primary focus till now was on developing the base right, the marketing so far has been direct and through referrals. We are currently working on web based signups as well as bulk and agency marketing models, keeping scale in mind.” The next logical step is to expand into multiple specialities and cities which means an increasing team size for which the company is raising funds at the moment.