Event to showcase under-25 entrepreneurs from Hyderabad 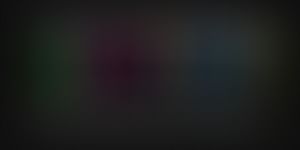 In March, we had brought you the story of the Kumaran brothers who run an app development company called GoDimensions. 24 is a magical number for this pair – it’s the sum total of both their ages combined! While the Kumarans may be an outlier, there is an increasing number of young entrepreneurs, especially those that are starting companies in their 20s. Y Combinator reports that the average age of people they fund is 26; what’s interesting is that on their FAQ page, they clarify that this is actually older than what people generally think! According to a 2008 report by the Knowledge Commission, the median age when entrepreneurs in India start up is 27. This means that 50% of Indian entrepreneurs actually started before that.

There is a clear case for starting early. With fewer domestic/ family responsibilities and financial responsibilities, it is easier to focus on something that will invariably create major strains on your bandwidth and risk appetite. One may also argue that in today’s rapidly evolving technology landscape, if you don’t get cracking on your idea immediately, someone else most certainly will or the idea could itself become redundant.In an attempt to showcase such young entrepreneurs in the Hyderabad ecosystem, Startup Talks is organizing an event called - "Meet Under 25 CEOs from Hyderabad". The event, on 16th November in Hyderabad, will feature 10 young entrepreneurs from across product and services startups. Read more about it here.