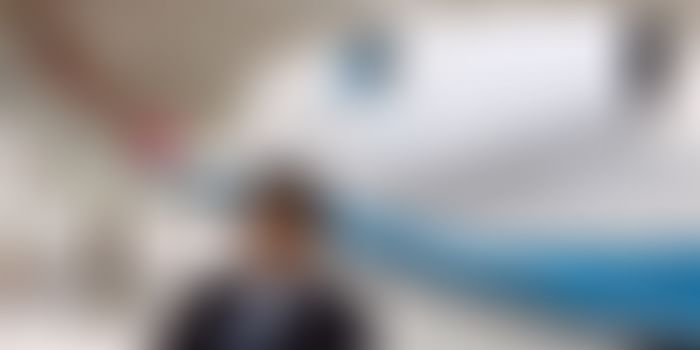 It is a given that to be a successful entrepreneur one has to start early – if not in life, atleast in the sector that one hopes to make a dent in. This story is about an entrepreneur who had played an important role in setting up a large part of the mobile telephony infrastructure in the country. Vinit Phatak, founder of Invision Group built mobile communication antennas for service providers in the country way back in early 90s when mobile telephony was still taking its baby steps into the country. Invision Group is a well-known name in the area of telecommunication and marine safety equipment manufacturing. Now Vinit has trained his eyes on the private aviation space which he thinks has the potential to grow the same way as telecom did in this country two decades back. Listen to what he has to say.

Vinit studied Philosophy at the University of Pennsylvania and as part of the course also did engineering for a year. We asked him how he figured something as technical as telecom with a Philosophy degree and he says: “As a basic engineer and a basically intelligent person you can understand the concepts of these technologies. You will be surprised what your mind is really capable of, once you open it up.” That does sound very easy now!

Vinit is first generation entrepreneur so his choice of telecom equipment manufacturing as his first entrepreneurial it is quite surprising, because you think telecom is a very capital intensive business. But Vinit says he started out by trading materials for that business and therefore did not need much capital investment. And it was the success of the telecom business that allowed him to invest into other businesses, as the margins in the business in those days were very healthy. Vinit went against the flow when he decided to come back to India to become an entrepreneur and not make his fortune in the USA. India was getting liberated back then and that was the bet Vinit played on. He dabbled in a couple of things, including trying to sell medical equipments and then aviation, before he found success with telecom.

About his decision to venture into aviation, Vinit says: “if you remember aviation sector had just been privatised, so I partnered with a company that sold equipments in California, but it was a disaster.” However telecom happened out of his personal experience of trying to get a telephone connection. Back then getting a phone connection meant waiting for a period of 2-3 years, whereas mobile phones were very easy to get – no considering the high cost of using one. Vinit invested in the opportunity and has lived to tell the tale. “You could get a mobile phone connection instantly. And a lunch with a friend, who was working for BPL, opened my mind to the opportunities. I studied the whole telecom sector and realised that antennaes was a very important component of it, which was not manufactured by the big guys like the Nokia. So I realised it would be a big opportunity for me to get into,” explains Vinit.

Fast forward to his latest venture Invision Air – which was the main focus of our meeting.

Invision Air is a brand of private jets that allows a customer to travel in a private jet from one destination to the other. While Vinit is not very sure of the exact market size, he pegs it to be in the region of Rs 250-300 crore, expected to reach Rs 1,200 crore in the next 5 years. Invision Air is looking at both corporate and individual clients to drive business growth. “Individual customers who fly business class or first class are our customers. We can also partner with corporates to help take them to places where regular aircrafts don't go,” says Vinit.

Flying can either be one off or through their Jet Card Membership which allows an individual to choose between 25, 50 or 100 hours of flying time in a year. “The membership card helps move a customer from single flight to being with us for longer duration,” says Vinit. Invision Air can also help people buy their own private jet and then maintain it for them for a fee. So while the jet will be owned by the individual, the maintenance, crew, staff everything is provided by Invision Air.

The corporate or B2B space is more easy to access admits Vinit, while comparatively the B2C space is still immature and needs a lot of education of customers. The big amount that needs to be paid as custom duty to own a flight is also a deterrent for individual jet ownership, says Vinit.

Invision Air owns two aircrafts but also works closely with other private jet operators in the country and therefore has access to 13 aircrafts to cater to its customer base. All the pilots at Invision Air are ex-Indian Air Force pilots and therefore have the experience of flying to airstrips across the country and not just the commercial airstrips. “All our pilots were transport pilots who have flown more than 5000-6000 hours. Their experience is very important because experience is the key as they are familiar with different airports. If we get international pilots or pilots from the commercial side, then they would have only flown to standard airports, which are about 35 airports, while our planes land at almost 200 airports – which means a majority of airports that we fly to are outside commercial scope. These airstrips are handled by the Indian Armed Forces and here familiarity therefore makes a lot of difference,” explains Vinit.

Marketing and advertising to potential customers is also done differently. Specialized events, tie-ups with premium credit card members, reaching out to 5-star hotel clients is preferred over mass advertising. This targeted marketing strategy has rewarded Invision Air very well. Since starting in 2011, Invision Air has flown 1,000 flights and grew 87% the first year of operations, in the second year they have clocked 55% growth, says Vinit. “Our flights are flying daily and business is growing well,” he admits.

Just like normal airlines, air fuel costs and the fluctuating dollar prices are challenges that Invision Air faces in its growth plan. And to overcome this challenge, Vinit says the only way is to reach out to more and more customers.

Entering two highly difficult sectors and making a success out of it is no mean task and we ask Vinit what has been his mantra for success. Here however his formula is no different from what other successful entrepreneurs have said. And here is Vinit’s three-step formula to success:a. Evaluation of the idea – before you start a venture look at the space you want to operate in and the opportunity it presents.

b. Perseverance – once you lock into an idea, the toughest part is to be able to stick to it. Be at it constantly in a focused manner.

c. Team – no matter how experienced or great you are, there are things that other people can do better. You need to identify your own strengths and weakness, advices Vinit. Be mindful of the fact that you cannot do everything yourself and that you cannot micromanage. Therefore identifying people whom you can trust is one of the most important things. People who are working with Vinit, have been with him for the past 20-25 years, it is the right team that helps you achieve your goals, advises Vinit.