Come on, India! Fight fire with fire in Durban 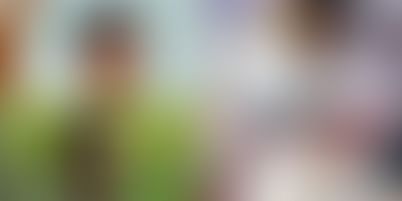 This is not the first time India have got on top without pressing home a victory in Johannesburg. In January 1997, Javagal Srinath and Venkatesh Prasad had South Africa reeling at 147 for 5 before the Indian seamers tired and South Africa recovered. In the second innings, it was worse - South Africa were 95 for 7 but managed a draw at 222 for 8.

Those days, India did not even have a third seamer who inspired much faith. Dodda Ganesh bowled just nine overs in that match. The captain, Sachin Tendulkar, preferred to keep going with Srinath until he had nothing left in the tank.

The situation is different today. Sitting on the benches in Johannesburg last week were Umesh Yadav and Bhuvaneshwar Kumar, two pace bowlers who have made an impression at the international level. And out on the field were the three who played for India - Zaheer Khan, Ishant Sharma and Mohammed Shami. In other words, India can try and beat South Africa on their turf at their own game. And they almost did it too.

At 197 for 4 on the fifth morning, the chances of South Africa saving the first Test of the current series looked slim. But a resolute partnership between AB de Villiers and Faf du Plessis turned the tables, so much so that it was India who were lucky to escape with a draw in the end, as South Africa came to within 8 runs of a historic run chase of 458 before play ended.

As much as South Africa's batting, however, it was the tiredness of the Indian bowling that led to this turnaround. Captain MS Dhoni kept rotating his three seamers in the morning session, believing that was the best time to strike. It paid dividends too as South Africa went four down. The problem was that by the time the second new ball became due in the afternoon session, his seamers had run out of steam.

One has to also keep in mind that one of India's three seamers is 35 plus. In fact, Dhoni's over-reliance on Zaheer Khan on the fifth day was a mistake. He bowled 34 overs in the SA second innings for the sole wicket of Jacques Kallis, and even that came via an umpiring error. More importantly, Zak was given the use of the Corlett Drive end, from where uneven bounce could be expected. The younger, speedier Mohammed Shami could have exploited it better.

Dhoni's second mistake was to start the make-or-break final session after tea on the fifth day with Zaheer Khan at one end and Ravichander Ashwin at the other. Zak we have already talked about. As for Ashwin, he never looked like getting a wicket in the entire match and he didn't strike even once in 42 overs. There was no turn in the pitch for him to exploit and his variations too have become predictable. After tea, therefore, when the South African batsmen had to refocus, they were lucky to be presented with the gentle Zak and ineffectual Ashwin. The breakthroughs came when Ishant and Shami replaced Zak and Ashwin, but it was too late.

We can't be certain how much of an impact Dhoni's errors had on the outcome. Perhaps a bigger influence was team selection itself. India had a bowler sitting in the dressing room who can bowl at 140 kmph or more - Umesh Yadav. Would he have done better than Ashwin on that Wanderers pitch? You bet he would have. Besides, it would have distributed the workload on the seamers, and helped Dhoni maintain unrelenting pressure on the South Africans.

It is counter-intuitive to go into a Test match without a frontline spinner, but as the old saying goes, when in Rome, do as the Romans do. A key element in South Africa's success at home has been a four-pronged seam attack, thanks to Jacques Kallis' all-round abilities. There is no respite for the opposition, and the strike bowlers can keep coming back with recharged vigour even if a partnership develops or one bowler has an off day. India were fortunate in Johannesburg that Morne Morkel twisted his ankle and pulled out of the game after bowling two overs in the second innings. This contributed to an overbowled Dale Steyn losing his sting and India posting a 400-plus score.

You might point out that India does not have an all-rounder like Kallis to back up their pace bowling unit. But we do have part-time spinners. If we have to match the South Africans in pace, the only option for India would be to play four quicks and rely on part-timers to provide a change in rhythm.

Going into the second Test in Durban, the question for the Indian think tank is whether to continue with Ashwin, replace him with another spinner, or drop the spinner and opt for four seamers. The ground conditions will determine the choice.

Unlike other South African grounds, Durban has been friendly to spin in the past. But it seems likely that a green top will be prepared for this decisive Test with India. If that is the case, India should have as many seamers as their rivals in order to compete on even terms. And the only way a fourth seamer can be accommodated is by dropping the spinner, because leaving out a batsman would again make the lineup inferior to that of the opposition. It's a hard choice, but Dhoni would do well to remember the advice of Peter F Drucker: “Whenever you see a successful business, someone once made a courageous decision.”

Game strategy always has a lesson or two for business. In this case, we can identify with the Indian cricket team's need to adjust to the conditions and requirements of South Africa. And to choose a team that is suited to those requirements.

In business, that translates to understanding local customers and culture wherever you take your products and services. And then to consciously factor that into the game plan, instead of being comfortable with doing things as they have always been done at home.

Finally, we should also recognise that half measures won't work. If pace will win the game, why be hamstrung with three seamers? Go all out with four pacers so that pressure can be kept up from both ends, hour after hour.

To use an old maxim, it is horses for courses. First, you have to understand the course, then pick the horse that will win the race on it. If it's a green wicket, leave out the spinner and play the fourth seamer, even if that sounds like anathema for an Indian cricket team.

Also read - How South Africa missed its tryst with history , our previous article under the Sportlight series.