Inspiring Stories - Part 2: The American boy who has donated 400 plus bicycles to help rural children go to school 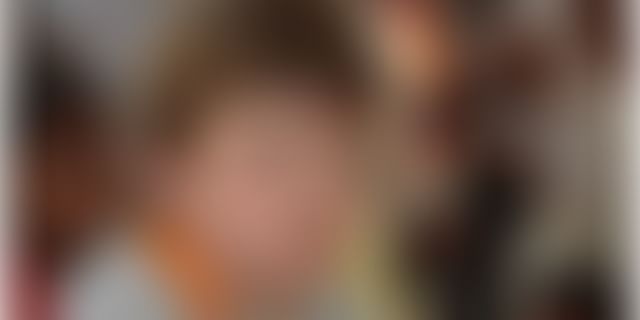 Thomas Hircock was 12 when he first came to India. The American schoolboy accompanied his father, David, who works closely with the Indian organization Bachpan Bachao Andolan (or “Save the Childhood” movement) in a business trip to help stop child labor in the Northeast states of Jharkhand and Bihar. In these areas, the literacy rate is often no higher than 20%, and most girls do not attend middle school.

Jharkhand lies under a blanket of dense forests and is home to some of the most mineral-rich lands in India. The forests make travel difficult, and the mines increase the likelihood of child labor in the region. In the mica mining areas of India access to education particularly for girls is very low for many reasons; no schools, schools too far away, no bathroom facilities for girls; little understanding amongst adults on the need for education for girls as opposed to boys. In these areas the percentage age of females who are literate falls to as low as 20 per cent. In most villages no girl has ever gone to middle school, let alone high school.

For those that do attend school it can be a dangerous journey. Natural predators, like snakes and leopards, are found along the way to school. Even child trafficking has been known to occur. In spite of these dangers, the girls still want to attend school, but must complete the trek twice a day, which can be 10 km one-way.

Thomas was shocked by the poverty scenario and decided to help, asking what the children most needed. The answer wasn’t paper or pens – it was bicycles. With schools often five to seven kilometers away from villages, the hardest hurdle in curbing child labor wasn’t making children go to school, it was getting them there. And David’s son was determined to help.

Back to his hometown in Philadelphia, he teamed up with the school he attends – Stratford Friends School – and together they raised $600 to buy 10 bicycles in 2008. The success of this initiative motivated Thomas to give more and today he has already shipped more than 400 bikes to children at risk, through the not-for-profit project he created for this purpose: the Bike Club. In 2011, they raised over $900. The bikes are built in India, and constructed to withstand the difficult forest terrain. Each comes with a repair kit, to ensure long-term use. With each bike possibly holding the weight of four children, quality was stressed over quantity.

Many of the kids did not know how to ride a bike, so Thomas decided to teach them. “Giving a bicycle to these kids is to make them stronger, is to give them power. It’s an amazing thing to do”, he told BBC in an interview. Much more than a means of transport available to Indian children, the bikes provided them to a chance to improve access to education, and as for the future in Jharkhand and Bihar, it has already set the girls’ aspirations high. Now they are also able to travel to nearby villages and teach other children that they have basic human rights.

Whenever it’s possible, Thomas, now 16 years old, travels to India with his father, often to Jharkhand, to distribute more bicycles.