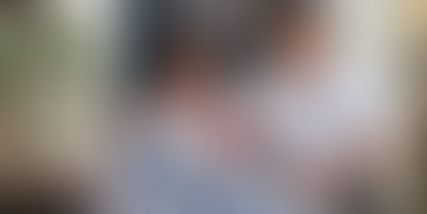 Walter Fischer is a Belgian, who quit the corporate world and found meaning in life by using acupuncture to help others. After arriving in Mumbai in 2007, he started Barefoot Acupuncturists, a non-profit organization. “It was inner passion. I had a vision of setting up a ‘Barefoot’ project while studying acupuncture at the Switzerland. The very fact that acupuncture is a drug-free powerful treatment, I had decided then itself that it could be a boon for the poorest lot of society,” says Fischer.

Talking to Fischer is like drinking a bowl full of inspiration. It is impossible not to stay quiet just listening to all the stories he has lived. And the story behind Fischer’s journey in India started long ago. He studied international business and worked for a big international company at the export department but he was not happy. So he went away to travel and after coming back to Brussels, decided to open a restaurant, but that didn’t cut it either. But doing business wasn’t satisfying his social conscience.

One day when he was in China he met a Swiss acupuncturist who told him it was possible to become an acupuncturist without a medical background. Fischer was inspired, and decided to attend the Swiss Institute of Chinese Medicine Guang Ming, the best acupuncture school in Switzerland.

Acupuncture, he hoped could give him the answers to the questions he had been asking myself. During his studies he was amazed with what could be done only with a couple of needles and the impact for people’s health and also create social impact. Globally acupuncture is pretty expensive and he thought it unfair.

He developed an obsession to bring acupuncture to the poor. After finishing his studies he moved to China for a year and half to work in hospitals and clinics. When he returned, friends of his, who knew that he wanted to use acupuncture to treat the poor, told him about a lady who was working in a foundation financing NGOs in the slums in Mumbai. Fischer arrived in Mumbai in 2007 and got associated with an NGO – CSSC (Center for Study of Social Change). After setting up a free camp for a month he decided to set up his own clinic.

Being a foreigner, it was not easy, especially working in a slum. Earlier on when I was serving with the CSSC, he came across Ujwala Patil, a young social worker who offered to help him in his mission. She helped him open a rudimentary acupuncture clinic: with only 7 square meters, two treatment beds and no running water.

He began to understand the pulse of the people, earn their trust, and also had to be prudent with his finances. The hard work and determination has paid off.

At present there are five Barefoot Acupuncturists clinics: three in Mumbai and two in Tamil Nadu. “I never really decided to go to Mumbai. Originally, my idea was to pack my needles and travel around the world, stopping by the poorest parts where I could be useful. But now I’ve been in India for six years. So, it’s not much a decision, it’s more like a calling. When you get the call you don’t ask or make too many questions, you just go. And that’s what I did,” explains Fischer.

Although acupuncture is such an effective medicine, low cost and side effects free, nobody in the slums had heard about it before. One of Fischer’s challenges was to find local acupuncturists who could be trained, and trusted enough to build a sustainable clinic.

In 2012, they had their first Indian acupuncturist and thanks to her, they were able to hire others. Now they have a team of four acupuncturists in Mumbai and three in Tamil Nadu. They also have many acupuncturists who join them for a couple of weeks to share their knowledge and also teach their staff.

To date Barefoot Acupuncturists has assisted four thousand patients. The main condition that gets treated is physical pain. Fischer claims that most of the patients who come to them with ailments like pain get cured.

Another issue that gets treated are stroke patients. Especially in the slums, where there is no kind of help, Barefoot Acupuncturists are their only hope.All of Barefoot Acupuncturists clinics are 100 per cent owned and operated. “I believe that we have to achieve local autonomy, producing clinics run by local practitioners who will in the future, manage the day-to-day operations and hopefully take over the management,” remarks Fischer. Locals like midwives, healthcare workers, who don’t have medical background receive a three month training, focusing only on the 35 most common diseases found in the slums, so that they can practice in their own communities.

Fischer believes that ten years from now, acupuncture will be adopted by most of international organizations like World Health Organization, International Committee of the Red Cross, Doctors Without Borders.