What’s your starting point in life? 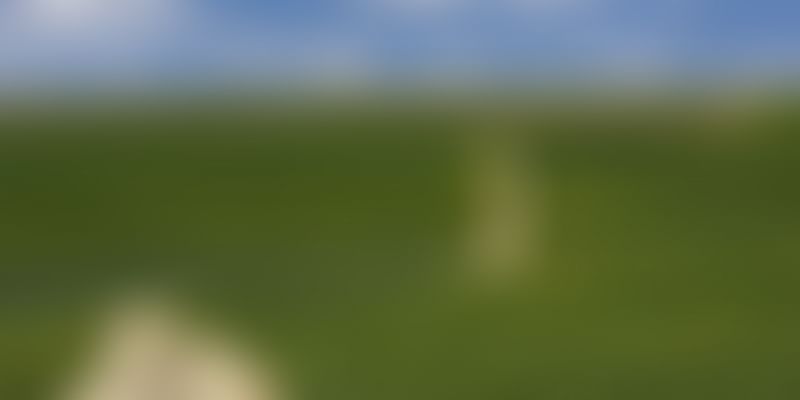 Let's admit it, we live in a world where everyone is looking, aiming and wanting to be at that elusive finishing line of success. Maybe, with a medal of achievement hanging around our neck. But what is that success?

To each their own definition, but if you are an entrepreneur like me, this is one question that will hit you regularly. You are not operating in isolation. You cannot miss the success which the world around you has so clearly defined for you. Getting funded can seem like success or it can be wide media coverage or established journalists chasing you for an exclusive byte. Having an x amount of customers might be the success meter, especially if it is larger than your competitor's. Or maybe it is making an x amount of money. Be it any of those, we cannot deny that success is a relative benchmark and never an isolated high. In other words, success will always be measured with comparative parameters. If you raised an x amount of funds, how much did your competitor raise? If you got 10 customers, how many did the others in your space get? If you made x amount, did everyone around you make y? Well, I am not contesting this external benchmarking. After all, Michael Porter taught us the key MBA lesson that advantage, strategy and so on become more meaningful if we add competition around it. And that it was your competitive advantage and competitive strategy that makes it more interesting and relevant. Therefore, competition, an external yardstick, becomes the measure of our success.

Let me confess here. I too am guilty of comparisons. This year especially. I have let myself get carried away with what the world around me wants from me rather than what I want from it. For the last few months, I have been in a constant state of unease. I started to question myself, as everything I have achieved so far with YourStory looked insignificant, when I compared it to the global best. To make matters worse, a close friend measured me against a huge media mammoth, an organisation that grew over decades, and I was small.

The unease stayed with me, and grew. It tugged at me, gnawed and consumed me, until suddenly, I broke free. An epiphany. Let me tell you how that arrived. I remembered a story.

In 1998, a 17-year-old girl boarded a train from Patna to Delhi. There were no family elders to accompany her -- as is the usual Indian way with young women. She still chose to go as she did not want to miss a chance to change her life. A week earlier, she had made up her mind, gone to the crowded Patna railway station, and stood for hours in a queue for a second-class sleeper coach ticket. She reached Delhi, which was probably not as unsafe as it is today, applied to one of the best colleges in the country and made it through the rigorous admission procedure. Everyday, from then on, she was getting closer to her dream: to build and live a life that would give her dignity, a peaceful sleep at night and financial independence - to not be a burden to anyone but rather support those around her.

That was my starting line.

Now in 2013, I have come further than I could see back when I boarded that train to Delhi. If I look at where I started from and where I have reached, I have a sense of achievement, which is very personal. Somewhere along the way, I had forgotten to look back, and more importantly, to value and appreciate my starting line. While the achievement benchmarks change and evolve with time, your starting point will not. Your beginning is just yours. The point in the past will not change. That is a true measure.

As entrepreneurs, we have big dreams to chase. But in the pursuit of those big dreams, let us not forget our significant journey that brought us to where we are at present. It is especially important to remember our starting line in life because the world around us is ruthless in its expectations and definitions of success.

A revisit to my starting line gave me strength, inspiration and a drive to take on anything. By freeing me from the burden of external scales, it brought me peace.

As we end this year, let us take out time to remember our journeys. Tell me what is your starting line and how has it been so far? I believe once we appreciate our starting line in life, the finishing line will not matter as much. To me, it has given a lot of calm and strength. I hope it gives you the same or more.