What consumers and marketers will do in 2014? 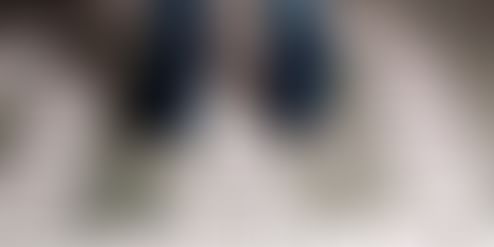 Now that we know which media and platform will rule 2014, things in technology will affect us as individual at much close quarters. PCs being replaced by tablets and mobile phones taking the form of wearable technology are some of the exciting things that we may get to see this year. Let’s take a look at what Mindshare has to predict in consumer technology and digital marketing spaces.

The web is now looking beyond PC and therefore brands must be more responsive. According to IDC, 49.2 million units of tablets were shipped in the first quarter of 2013. This base is expected to grow by 23% in 2014. Key drivers of growth include lower entry cost, versatility, portability & ease of use. As a result, for the first time in 2014, more users will access the internet via a tablet than they will a desktop PC or laptop. In this post-PC world, consumers are no longer accessing online content using a monitor, keyboard and mouse. They now have instant access to the web in a single swipe with their experience being increasingly led by gesture, touch and voice.

The opportunity: Brands must proactively move toward a more responsive web – both in assets and advertising. Every asset, be it an eCommerce site or banner ad, must render appropriately based on the screen it is being viewed on – be that a 52” Smart TV or entry level smartphone.

Brands need to start thinking mobile/tablet-first especially when it comes to developing assets. Mindshare aims to work closely with creative agencies to develop specific creative solutions which tap into insights from the IAB research.

A goldmine of data awaits brands who are brave enough to play in the new space. Mobile is no longer something in our hands, but on our wrists, eyes and potentially every part of our body. In 2012, the global number of wearable smart devices stood at 8.3 million. By 2017, this is set to increase to 64 million.Wearable technologies include smart glasses (Google Glass), smart watches (Samsung Galaxy Gear, I’m Watch) fitness trackers (Fitbit, Jawbone, Nike+ Fuelband) and a range of other bracelets (WristQue), headbands (Muse) & earbuds (Valencell) Google Glass has already revealed its second generation of devices – with an aim to reduce any need for a search query and to surface the information for you when you need it based on your location, context and time. The Glass Project is directly linked to Google’s vision of bringing technology closer to a user’s senses.

The opportunity : The data produced by these wearable devices is the real opportunity. In a practical sense, this data allows people to interpret their sleep patterns & distance covered for example, but in integrating with these devices brands could offer advice and rewards etc. Alternatively, as Durex have done with their Fundawear vibrating underwear, brands could create their own wearable technology.

Enhanced in-store shopping experiences in physical retailers will be powered by mobile. Apple’s iBeacon uses low energy Bluetooth to track devices through a store, then push messages & notifications to a customer about products or services nearby. It relies on a physical in-store beacon and an app on a user’s smart device communicating with each other. iBeacon has been compared to near field communication (NFC) – but crucially, Apple’s tech is push based while the latter is a pull mechanic, requiring the user to tap their device on specially designed posters or POS assets containing an RFID chip (radio-frequency identification).

The opportunity iBeacon: Hyper-targeted messages (in the form of offers, discounts or simply to drive awareness) in close proximity to store – or inside larger retail units. Brands who are able to match in-app behaviour with the same users’ navigation in-store will see the best returns NFC adoption remains low, just 1.5% of the mobile population have used their device to tap an NFC tag or make a contactless payment.

It is important that brands have their retail partners on-board with any concepts, as this opportunity can only be brought to life if a physical in-store beacon has been installed.

The opportunity : Brands will be able to use Twitter TV ad targeting in the UK in 2014. Similarly, Facebook’s ‘Sync Now’ product will launch in the market. Brands need to think about the type of programming which would offer the greatest potential for the synchronisation of messages across first and second screens. It is most effective to provide people with a branded experience on the second screen which relates to the programming they are watching on the first screen.

Placing products in to the fabric of mobile games.The explosion in mobile games looks set to continue for the forseeable future. Whilst some games are paid-for at the point of downloading, the majority now are free to download, with either ad-funded or ‘freemium’ business models.

It is the freemium games which represent the most interesting opportunity for brands in 2014. Users are invited to download additional in-game items in return for small micropayments. These micropayments add up to huge amounts of money. As can be seen in the chart to the right, it is predicted that $960m will be spent on in-game mobile purchases in 2014 in the US alone.

The opportunity : Many brands have already tested advertising within ad-funded games, so where these tests have been a success we recommend that brands move on to test in-game branded items within freemium mobile games. For example, Outfit7 produced the ‘Talking Tom’ game which is hugely popular with families & kids (120m users).

An attempt to marry ecommerce with earned media.It is now possible to embed ‘shoppable’ links in to images, video and other content. So for brands who also understand how to encourage the sharing of content, earned media can now effectively become a performance-focused sales channel. Shoppable visual content essentially acts as a storefront for your products – a storefront which lives outside of your owned website, and is shared around if interesting/pretty enough. Once a user hovers over an image containing a product it is effectively possible to bring up a show-reel of the products they see in that picture that can be clicked on through to a retail destination.Companies like Kiosked are at the forefront of this shoppable content revolution and are working not only with brands but also with publishers to create new revenue streams out of visual content. We also predict that Pinterest will make a big play in this area in 2014.

The opportunity : Brands need to make sure that they are maximising their owned and earned assets and allowing users to buy products they see within those assets, immediately, and from any device.

Obviously this opportunity is more relevant to brands who have ecommerce destinations, but there are still ways that the technology could be leveraged for non ecommerce brands if a key retail partner is involved.

Programmatic advertising is algorithmically-powered; combining data-based decisions within a data-management platform (DMP) with buying via a demand-side-platform (DSP). Algorithms are used to facilitate rules-based decisions which enable advanced targeting across multiple digital channels in real time. The benefits, in addition to cost, can include the following if the right infrastructure is in place:-

b) Buying of these created audiences in real time across multiple exchanges in a channel-neutral fashion to optimise efficiency.

c) Dynamic creative versioning to deliver the right message to the right audience at the right moment in time, in a channel neutral fashion.

d) Frequency capping against audiences rather than against placements, across multiple digital channels

e) Automated rules-based delivery of media dependent on, eg, the levels of organic engagement on a piece of content.

The opportunity : Working with Mindshare and programmatic providers like Xaxis allows brands to unlock the potential of this exciting new technology. The key is in setting up the infrastructure carefully and defining a clear roadmap for exploiting the technology.