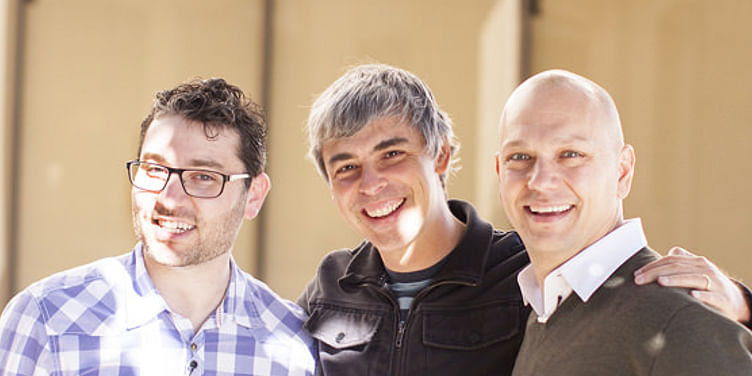 Google Inc has now made a foray into home electronics by acquiring the smart thermostat and smoke alarm maker, Nest Labs Inc. The $3.2 billion deal was announced on Monday.

This is the latest of Google's acquisitions of innovative companies to gain a foothold in a variety of industries. For example, last month it acquired Boston Dynamics, known for producing military robots with animal-like capabilities in association with the Defense Advanced Research Projects Agency (DARPA). From robots to self-driving cars, wind turbines and home appliances, Google has its fingers in many pies. Its plans for an “Internet of things” visualises integrating more deeply into our lives. An omnipresent Google in daily life – both online and offline – is a scenario not too distant in the future.

Just last year, Google acquired over a dozen tech hardware companies working on futuristic projects, while competitors like Facebook, Yahoo and Twitter mostly have an eye out for software, design, advertising and content companies.

"Investors always worry, “Oh, you guys are going to spend too much money on these crazy things.” But those are now the things they’re most excited about—YouTube, Chrome, Android. If you’re not doing some things that are crazy, then you’re doing the wrong things," Larry Page, CEO and cofounder of Google, said in an interview.

Wikipedia has a 141-companies-long list of Google acquisitions. The Nest Labs deal is the second biggest in Google history after it acquired Motorola in 2012 for $12.5 billion.

"Nest reinvents unloved but important home products, like the thermostat and the smoke alarm." That is the official line of this home automation company which designs and manufactures sensor-driven, Wi-Fi-enabled, self-learning, programmable thermostats and smoke detectors. Headquartered in Palo Alto, California, the three-year-old company was founded by Tony Fadell, who was the man behind Apple Inc's iconic iPod music player. He founded Nest along with Matt Rogers, who heads the Engineering division and is the creator of the Nest Learning Thermostat.

Tony Fadell writes in his blog:"When Matt and I started Nest in 2010, we were determined to change our homes and the world around us. Starting a business focused on the lowly thermostat seemed like a crazy idea at the time, but it made all the sense in the world to us."

Now they have over 300 employees in three countries. Roughly one-third of them have worked at Apple in the past. This is important for Google because the company has at times struggled to create hardware products that resonate with consumers as much as Apple's products do.

Why did Nest sign the deal if they had a huge following already? "Google will help us fully realize our vision of the conscious home and allow us to change the world faster than we ever could if we continued to go it alone. We’ve had great momentum, but this is a rocket ship," Tony says.

The association with Google, in fact goes back a long way. Tony says: "My first meeting with Google as a Nester was before we’d launched. At the 2011 TED Conference, Erik Charlton and I huddled in a corner with Sergey Brin to show him a video and an early model of the Nest Learning Thermostat – he instantly got what we were doing and so did the rest of the Google team when we showed them. In May 2011, Google Ventures led our Series B round of financing, and in 2012, Series C."

Nest will, however, continue to operate as its own distinct brand after the deal closes, Google announced. “We will continue to reimagine and reinvent the unloved products that proliferate in our homes, just as we have since we started. We are simply going to get our products into the hands of people around the world – faster,” says Tony.