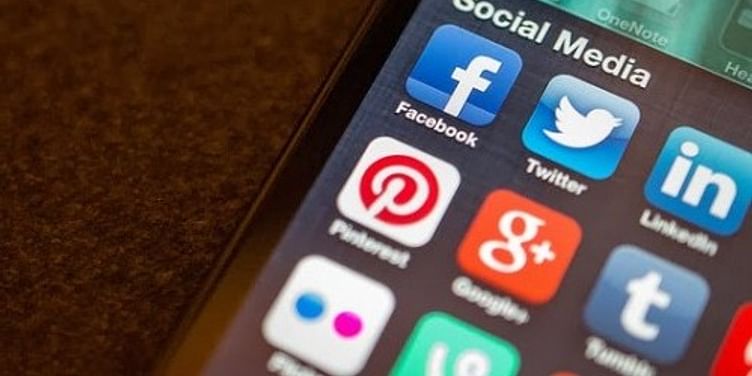 Mindshare, is one of the leading media firms in the world with offices across 115 cities. It handles media buying and selling for brands such as Unilever, IBM, HSBC and Volvo among others.

The firm recently released its digital outlook for 2014 to predict trends across platform and media, consumer technology and digital marketing. YourStory presents to you this indepth report in two parts. First up is platform and media trends.

Read on for indepth insights.

The opportunity : Many brands have already tested some features of Twitter Cards, but there are 8 in total so we recommend testing all versions, and supporting these with paid media. Similarly, many brands have tested Vines and InstaVids, but there is more experimentation needed – with support from paid media.

Real-time sharing of live footage just got easier. New technology allows the capturing and immediate sharing of live content from video-based entertainment (eg TV and Console gaming), either by broadcasters, or by users themselves.Twitter launched their ‘Amplify’ product in the UK at the end of 2013 which enables sponsors of programmes to work with broadcasters to distribute sponsored instant replays and footage in real-time as the content goes out on air. This can all be ‘amplified’ using paid media in the form of Promoted Tweets which will allow this instantly-distributed live content to be targeted to the most relevant audience.

Similarly, Playstation and Xbox’s new consoles also allow in-game footage to be shared in real-time – eg the goal you just scored in FIFA14.

The opportunity : Be one of the first brands to do a Twitter Amplify campaign and join the small but elite cadre of brands who are leveraging live TV content across social.

Making the most of Google. The power of the entire Google ecosystem has yet to be exploited by most brands. Over time there have been more and more integrations between Google products – eg a single sign in across all areas – and recently we have seen a step-change in the level of integration. Of course this is largely driven by a desire on Google’s part to create more connected experiences for their users, but these developments have the useful side-effect for marketers of being better able to join the dots between content, search and social.

The most recent development has been the integration of Google+ ‘commenting’ with Youtube comments – effectively allowing a conversation about a piece of Youtube content to live and grow across both platforms. This particular development has been beset by ‘spam’ issues, however we believe that there is a significant opportunity for brands in the medium term. The reason for this is that social signals are becoming increasingly important in Google’s natural search algorithm, so an integrated approach to the entire Google ecosystem across content, search and social is gradually becoming more important for brands.

The opportunity : Explore a true partnership with Google to leverage each area of the ecosystem and measure the incremental effect of bringing all elements of their portfolio together, using content as the glue.

Private messaging makes a fight-back. Dedicated mobile messaging apps like WhatsApp, Snapchat and Kik are growing at a rate not seen since the early days of social networking. WhatsApp now has over 350m users globally and is growing exponentially. Meanwhile, Facebook stated in a recent earnings call that it was seeing a "decrease in daily users, specifically among teens". So, whilst teenagers are still on Facebook, it would appear that they are increasingly turning to dedicated messaging apps which are more focused on private messaging. Essentially, teens are looking for platforms where they can be less inhibited than they are on Facebook. On Facebook there is always a risk that your parents or family could see sensitive status updates.The opportunity : When a big digital trend develops in the teen space it is always worth brands watching closely. The opportunity for brands is clearly limited by the fact that currently there is no available media inventory. However, Snapchat did just hire Instagram’s advertising development director so it appears they are developing an advertising-based business model. In the meantime, it seems the best brand use cases on these messaging platforms are in mimicking or taking advantage of current user behaviours and acting like those users - eg Absolut.

There are already thousands of examples of these special interest-based social communities – eg Learnist (essentially a Pinterest for teachers), Letterboxd (film buffs) and styledon (fashionistas).

The opportunity : Brands need to develop an understanding of the opportunity for adding value to users within these specialist vertical interest networks. At the very least – the depth of interest-signal to be gained by authentically working with these niche vertical communities should easily outweigh the relative lack of scale.

Brands must adapt to the new premium landscape. A few years ago, piracy was king in the premium digital content world. Nobody paid for digital content. Nowadays - whilst filesharing sites are still popular amongst younger demographics – it is the turn of premium content to be king. Paywalls around news websites (eg News International), premium versions of social networks (eg linkedin), and an exponential increase in people who are prepared to pay for music and film (eg iTunes, Netflix, Blinkbox) are all evidence of a bright future for paid-for digital content.

And with increasing numbers of users prepared to pay for streaming or downloads it means there is a corresponding decrease in advertising opportunities around the most premium content.

So how can brands reach these ad-free premium content audiences?

The opportunity : The long-term opportunity for some brands is to publish premium quality branded content themselves. But this is not suitable for all brands and also requires proper sustained investment over time.

In the short term there is an opportunity for all brands to advertise at the point of entry in to premium paid-for content – eg within Xbox Live – or to develop more integrated promotions with streaming partners like Spotify or Microsoft - eg to subsidise free streaming of movies.

7. The Internet of Things

Physical objects become internet-enabled and connected. Gone are the days of computers, smartphones and tablets being the only objects to connect to the internet. Today, nearly everything around us from fridges to light switches & TV remotes to cars has the ability to become an inter-connected web object. Today there are 12 billion devices across the world that can connect to the internet, but by 2015 Cisco predicts that there will be 25 billion – jumping to 50 billion by 2020 (almost 7 times the number of people of the planet). As an example, UPS fitted trackers to all their delivery vans then analysed the route data. They calculated that vans sat waiting to make left turns equated to 206 million minutes of idling time. As a result, they re-routed their delivery routes to minimize left turns and saved more than 1.5 million gallons in fuel.The opportunity : The opportunity is in using the data produced by internet connected devices to enhance consumers’ lives, making tasks quicker more straightforward or adding genuine value. Additionally, there is an emerging opportunity to create branded apps which tap in to connected objects (eg branded recipe app for connected fridges) For brands there is also potential to work with partners who are taking a leadership position in this space. For eg Telefonica/O2, who in 2013 signed a £1.5bn deal to deliver smart meter systems in the UK. Their aim is to install 53m smart meters in UK homes by 2020 which could become the predominant platform for ‘the internet of things’ in the home in this country.