How Akshay Modi turned around the family business with Modi Naturals 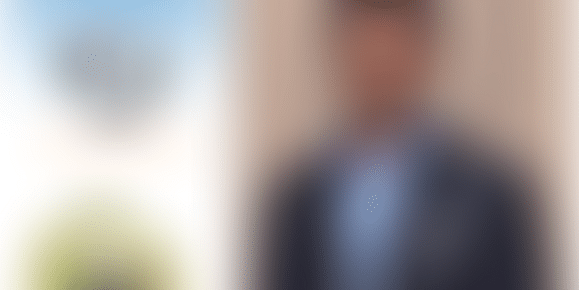 An industrialist family from a small town sends its scion to study abroad to a prestigious foreign university. He comes back, his head brimming with ideas and takes the family business to a new level. Had one thrown in a family rivalry and a few dance moves amidst sprawling green farmlands, one could have had a perfect Bollywood movie from the 90s.But this is not a movie script. This is the story of Pilibhit’s Modi family and of its scion, Akshay Modi. Akshay’s grandfather, DD Modi incorporated an edible oil factory in Punjab in 1974. In 1985, this was expanded with a solvent extraction plant in Pilibhit, UP, and the company went public on the Bombay Stock Exchange. Fast forward to 2008 and the company, then known as Anil Modi Oil Industries, had become the largest processor of rice bran oil in India.

During the financial year 2007-08, the company reported sales of INR 107cr, with operating profit of INR 2.8 cr. But this was really the beginning of a new chapter in the company’s history. Five years later, rechristened as Modi Naturals, the company’s reported sales for 2012-13 grew to INR 195 cr and operating profit jumped to INR 6.2 cr. So what changed? Well, 2008 is when young Akshay Modi joined the family business!

The making of an entrepreneur

Akshay spent his formative years at The Doon School, often referred to as the Eton of India. “Doon taught me the values of teamwork and camaraderie, but most of all, it taught me to think big,” says Akshay. He then went to Leeds University in UK, where he pursued Electronics Engineering.

As with many Indians who go overseas for higher studies, Akshay too faced the dilemma of whether to work abroad or come back to India. Family ties, bolstered by the huge business opportunities that he saw in India brought Akshay back to the country. He then tried to figure out the family business and spent five-six months at the factory in Pilibhit but felt that he was not able to add value.

Akshay decided that he needed greater exposure and a broader understanding of the world of business. He joined the research firm, Smart Analyst, where he spent most of his time doing market intelligence projects while constantly thinking of how he could transform the family business. According to Akshay, “Working as an analyst helped me develop a solid understanding of businesses and markets. I learnt how to identify opportunities and how to validate them through research. It gave me some good ideas where we could take our family business and I decided that it was finally time to get on board.”

From commodity manufacturing to FMCG brand

When Akshay came on board, the company was in the commodity business of supplying to FMCG companies which would package and distribute the product. He realized that in the commodity business, their margins were just two-three per cent whereas marketing their own brands would push up margins to 20-30%. He also realized that the company had under-utilized manufacturing capacity. So Akshay proposed restructuring the commodity manufacturing company to an innovation-driven consumer products company. He decided to test the waters with Tarai, a branded mass-market product with restricted distribution in North India.Tarai was an immediate success and provided a green signal for Akshay’s ideas. At the same time, Akshay realized that the typical urban consumer was becoming extremely health conscious and that margins in this segment were even more lucrative. So he changed the name of the company to Modi Naturals and began preparing for its makeover. Investments were made into procuring modern packaging equipment, conducting R&D for new product development and engaging a professional brand consultant.

After almost two years of concentrated effort and in-depth research, Modi Naturals launched the Oleev brand of oils in 2011 as an alternative to regular products in use in the market. Oleev has been launched in four variants. Oleev Active is a combination of Oleev Olive Oil and Rice Bran Oil, specially created to fulfill the demands of modern lifestyle. The product competes in the same segment as sunflower oil such as Saffola, and according to Akshay, is already giving stiff competition to market leader in outlets like Big Bazaar.

Akshay says that it wasn’t easy to get the ball rolling. His father, Anil Modi, wanted to see a clear business case and market strategy. There was also some resistance to engaging a professional brand consultant and hiring highly paid sales and marketing staff. The biggest obstacle, however, came from the existing management team, most of who were highly entrenched into the old ways of doing things.

Akshay was careful to set up branded products as a separate business unit. This enabled him to hire the right kind of talent (to run an FMCG business) without causing too much internal rift within the company. He says getting good people was initially a huge challenge but after the first few hires, things became easier.

Another key change that Akshay brought in was environmental consciousness.

MNL saved approximately 7,000 tons of CO2 emissions in 2008-09 by using alternative fuels for its energy requirements.

In 2012-13, about 25% of Modi Natural’s revenues came from branded products. In the next five years, Akshay plans to transform the company into a pure-play FMCG player. The health oil market in which Oleev Active competes is an INR 1,000 – 1,100 cr market, growing at 20-25% per annum. Modi Naturals is targeting a 10% market share in the next year-and-a-half. They are also targeting to be market leaders in the premium olive oil segment, which is dominated by high cost imported products.

The key challenges will be to build a distribution network from scratch and to drive sales through customer awareness. Akshay seems fairly confident of being able to pull this off. A proud father, Anil Modi, says, “Akshay brought in a new perspective and that is reflected in our vision to take the business into a new horizon. We are confident that his professional acumen coupled with youthful enthusiasm will build Modi Naturals as the company of the future.”