Teemac, in pursuit of breaking rigid structures around learning 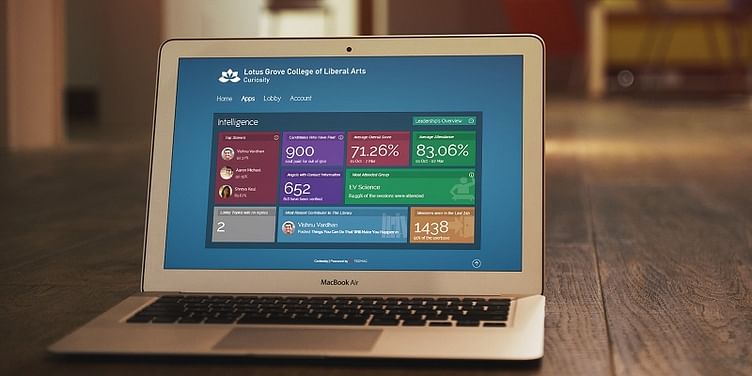 The evolution of technology has helped many sectors and education is no exception. Many have debated about the ways in which technology should be used to impact education and how classrooms should evolve. Dissatisfied with the state of education in India, Pune-based Ashwin Chandran, Ishan Ahuja and Tarun Markose decided to startup Teemac back in April 2011. Their solution, 'Curiosity', takes a holistic approach towards imparting knowledge in schools and colleges.Teachers are an important part of the education system, but the number of good teachers is declining. “Good teachers are rare, and the ones who remain have to spend a lot of time performing administrative tasks. We wanted to cut this down and help teachers with more time to teach,” says Tarun. One of the products in the Curiosity Suite is ‘Citizens’ which is an information management system with modules for managing admissions, people, processes, payments, reporting and courses. This includes tools to take care of all the administrative needs of an institute, from pre-admission to post school.

For students, Teemac has created learning tools which focus on exposing learners to diverse pockets of knowledge and collaborative learning. "These tools are built to help students think more creatively, critically, and with empathy for one another. We feel these are the magic requirements for a happy world in the future." says Tarun. Since 2011, the team at Teemac has been working on the product and slowly building networks to penetrate into schools and colleges.

Curiosity is being used by the likes of Symbiosis International University, Christ College and a part of the Suite is being used in a few other colleges as well. The Symbiosis breakthrough was big for Teemac as they were chosen over a few well established players. “The solutions from bigger players aren’t tailored for existing problems. Our products have been built with ease of use in mind, to get the important things done in the fastest way possible. This is where we have an upper hand,” adds Tarun.

The pricing for the products is still evolving although it is based on per-user-per module annual subscription model. It is difficult to convince schools and colleges but Tarun believes that there are enough progressive educators in the country to adopt their technology.

EdTech has been a hot sector for startups in India with players like HarnessTouch, Tabtor, EduTab and many others which were showcased at EduStars. Teemac is now looking to build a sales team which will sell their applications to universities around India.