No netagiri, only iNetagiri, if this techie from Lucknow has his way 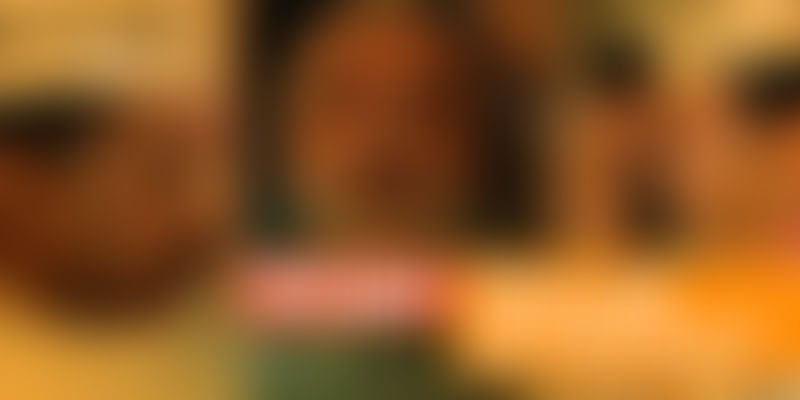 Entrepreneurs are among those who are most influenced by decisions made by the government. And as leaders in different spaces, you would have a strong opinion or two about politicians, governance and the general state of affairs. The problem is, how do you get your ideas across to your elected representatives? That's where iNeta, a futuristic platform for transparent politics, can make a difference.

The rise of AAP and catapulting of IIT grad Arvind Kejriwal into the chief minister's seat in Delhi after mass campaigns involving citizens indicates that the time is ripe for initiatives like iNeta. If an awakened electorate wants to have a say in governance, what better way than to use technology and the web to facilitate the process?

An idea whose time has come

Software engineer Akram Khan started thinking about this long before Anna, AAP and Arvind arrived on the scene. He was talking politics with his flatmates in Hyderabad in 2007, when it struck him that there was a need for a new age communication platform to dialogue with elected representatives. He was working with Mindtree then. The consensus was that meeting leaders to tell them about any issue was very cumbersome if not impossible.Around then, Tata launched the Jago Re campaign, and Akram's friends thought he had come up with an idea whose time had come. But it remained dormant as Akram didn't know how to develop on it. He went on to do other things: An MBA, a stint as the business development guy with his friend's startup Innocent Technosoft – a mobile application and game development company based in Lucknow – and a startup of his own in the software consultancy space.

It was 2012 and a next generation platform that enables open governance still didn't exist. So, “I thought, why not take it up again? By now, I had enough experience and knowhow to develop it,” Akram told YourStory.

iNeta went live on 2 October 2013 – the birth date of Mahatma Gandhi. The space in which iNeta operates is different from other platforms like Voterite, which are more into campaigning. “iNeta is about solving people's problems. It is about open governance and taking e-governance to the next level.”

It is based on the idea that people want to talk to elected leaders about issues that affect them. “People need an audience with their leaders. It is an attempt to make governance open source, like how it should be in a true democracy,” explained Akram.

“It is often rightly said that the road to Delhi goes from Lucknow and that is where we are based. It is the hub of political activity in India,” Akram says. He runs iNeta with his friend, Ankur Srivastava, an IT engineer and a clean politics enthusiast.

“We are funding iNeta from our own pockets right now. Since I am a web developer, there are no bills to pay for developing the site. But of course, there are other costs. We are looking to expand and hire cartoonists, writers and analysts. So we have to look at ways this could be achieved,” Akram says.

Risks of the plunge

Akram says it was his basic curiosity to look for solutions to problems around him and see if they succeed or not that led him to entrepreneurship. “I am already working on my next idea while I develop iNeta for scaling.”

Like most entrepreneurs, the big risk for Akram too is financial. He has an education loan to pay off. The EMI makes him “always cash-strapped”, he quips. “Apart from that I am not afraid. I believe persistent effort is required for success and if I keep at it I would be successful.”

Born and brought up in Lucknow, Akram did his engineering from the Manipal Institue of Technology. After eight years in South India, he moved back to Lucknow to startup. “My initial plan was to develop a site like shiksha.com while I was doing my MBA in 2009. But it did not materialize and I had to drop it,” he recalls.

He learnt web development while working at Innocent Technosoft. “I was more of an idea guy and always used to look for someone to develop it. Since I did not have enough funds to get my ideas developed, I thought, let me try building one on my own. I trained myself in web development and started doing web consultancy to make money,” he says.

Akram lives in a joint family, where his mother looks after the house and father runs a manufacturing unit for textile accessories. His younger brother is a doctor. He has two sisters. One is a journalist with a leading Urdu newspaper in Noida and the other is doing her M.Tech in Biomedical engineering.

Getting politicians to respond

The political climate of India is such that it would take mainstream parties a lot of time to understand the power of a platform like iNeta and how to effectively utilise it, Akram feels. “We have spoken to several political leaders who liked the idea but are not quite keen to get on board as they think it might hurt them – which could be true, but this kind of platform is the future.”

The problem iNeta tackles is quite universal. People elect their leaders and then get to see them only when their elected term is about to get over. Even if a leader really wants to connect with people, there is no dedicated platform for this. It is impossible for him to meet every individual in his constituency anyway. This is where iNeta comes in with a web-based interactive solution.

Talking numbers, there are 790,000,000 (79 crore) voters in India. Of these, 120,000,000 (12 crore) are first-time voters. “We consider all the voters as part of our market because everyone at some stage or the other has a problem and would like their leader to be available to at least listen,” Akram says.

Currently, they have a working product ready and live. “We are improving it on a daily basis. Funding would really speed up our expansion plans.”

The best part about iNeta, he says, is seeing how happily people receive the idea when he talks to them about it. “When we tell someone about iNeta there is a big smile on their face as if this is something which they have been looking for and would love to use.”

To take it forward to a larger audience, they plan to try an SMS module, where people would get to know more about the contestants in their constituencies by sending an SMS. “We would be creating a blog and introducing our website in our Facebook and Google+ groups and other online forums. Later on, we might go for online advertisements as well,” he says.

Right on top of their list of priorities, though, is to get political parties on board, using the platform to engage with voters. “As they are the ones who would eventually answer to the people, unless they come on board, it is a useless idea. So that is top priority as of now.”

If enough people get on to iNeta, we bet politicians will soon follow, in this election season.

Are you curious about how Arvind Kejriwal won over Delhi in a year of starting the Aam Aadmi Party? You might like this: 5 secrets to the success of AAP