Purity of action and volunteerism, the force behind iSPIRT 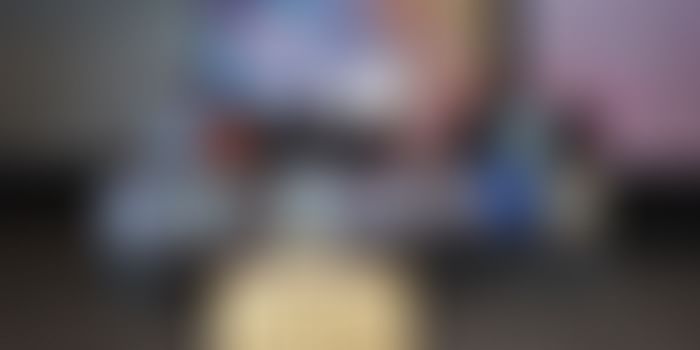 The think-tank of product technology in India, Indian Software Product Industry Round Table (iSPIRT), completes a year on February 4, 2014. Over the weekend, iSPIRT’s Founder Circle members, Fellows, mavens, saarthis, voyagers and friends gathered at Royal Orchid in Bangalore to celebrate the completion of a year.

The iSPIRT souls who arrived early were surprised to find Nandan Nilekhani, UIDAI Chairman, in their midst who came in to greet iSPIRT when he found a signboard that announced the anniversary. “He spent a good 20 minutes with us,” said Sharad Sharma, the energetic Founder Circle member. The evening kicked off with each of the attendees talking about iSPIRT. Among the many words those that struck were Pallav Nadhani’s who said, “We take pride in using German cars and Japanese electronics. Soon a time should come when the world takes pride in using Indian software products.” Sumeet Anand represented the collective conscience of the think-tank when he said, “I have been a serial volunteer with iSPIRT, but a first-time entrepreneur.” Sharad Sharma felt happy about exceeding the goals set, and added, “One feels humbled by what has happened in the past year.” Bharat Goenka, another Founder Circle member, said, “To me iSPIRT represents the spirit of what all of us have been dreaming about and all of us have been chasing.”

iSPIRT seeks to create impact on the software product industry through three broad actions: policy, playbook and market catalysts. The policy side involves representing to the government various policy actions that would help the industry, publication of blue papers for operational recommendations and monitor reports. Playbooks involve collective learning from each others’ experiences using mavens (experts) to explain the models, practices and strategies that work. PN Camp, which happened in Pune last December, was a glorified version of the roundtable.

The market catalysts side involves M&A Connect Program, among others. The M&A Connect is of significance because of the kind of deals that have happened through it, which otherwise wouldn’t have been possible. “Close to 50 small deals have happened,” said a person in knowledge of the developments. Officially, iSPIRT wants to work in silence, taking a cue from Swami Vivekananda who said, “All great works are done in silence.”

It is common knowledge now how iSPIRT played a good part in the Facebook acquisition of Little Eye Labs. Manjunatha Gowda joked that Facebook is the Indian product he uses on a daily basis (as Little Eye Labs, an Indian company, is now part of Facebook).

iSPIRT broadly works on the paying forward principle, in which the beneficiaries of its efforts pay back to the community. “The paid model sets expectations,” explained Sharad Sharma. “None of our initiatives have any costs attached to it,” he added. The strength of the think-tank comes from the spirit of volunteerism, which has been the hallmark of a few initiatives in the software industry in the past. Volunteerism began with Software Process Improvement Network (SPIN), according to Sharad Sharma, whose Bangalore chapter emerged as the most active of all the chapters globally, and then came Mobile Mondays (MoMo), and the biggest of all in recent times, the Nasscom Product Conclave (NPC). The next chapter in volunteer-driven network is iSPIRT.

Recently, CeBIT, the largest exhibitor of IT business exhibit and conference, signed an MoU with iSPRIT to bring the event to India, which is only the third nation to host CeBIT. This initiative is to help Indian product companies sell to potential buyers all over the world. InTech50, which is a showcase of 50 Indian product startups to global CIOs, will take place in April this year in Bangalore. Already many global CIOs have evinced interest and one of them, Piyush Singh of American General Insurance Corporation, was in attendance at the anniversary.

Many global giants, who create aspirations of all the companies wanting to become one, are attracted to iSPRIT. “Purity of action attracts all of them to us,” feels Sharad Sharma. The coming together of a community driven by volunteerism makes iSPIRT stand out from other industry bodies, which work in a different mode to benefit its membership.

iSPIRT is a welcome addition to the product ecosystem because of the capabilities it can bring as a volunteer force with a pure intent to the product industry through its various ways.

Here’s a light-hearted joke by Manjula Sridhar that I had a chance to listen to at the party. “TCP went to a bar and ordered a beer. The bar tender asked TCP, ‘Do you want a beer?’ TCP answered, ‘Yes.’

(She told us only those who know the network will understand the joke. Tell us if you got it.)