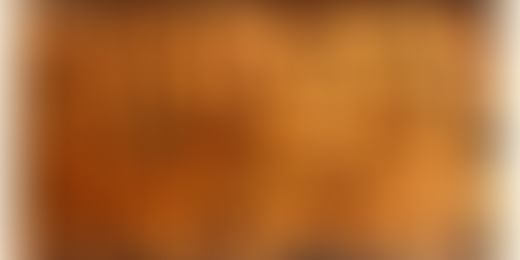 When Tom Cruise tweeted the following about his movie 'Mission: Impossible - Ghost Protocol' – "Hum vaastav mein bharat mein hamare mitron ke saath baat cheet ke liye aage dekh rahen hain jab Ghost Protocol jaldi hi bahar aata hai. Anil Kapoor Chattano MI 4” – it caused a lot confusion for his fans and followers; particularly the bit about “Anil Kapoor Chattano MI 4”. Pardon Tommy dearest for his attempt at Hindi, because at fault was the auto translation software that he used to impress fans with his Hindi skills. What Tom meant was “Anil Kapoor rocks in MI 4” and the software translated it too literally for his comfort.

One person who remembers this gaffe well and repeated it to us is Peeyush Bajpai, director & co-founder, Raftaar.in. Well that is because he has been toiling since 2005 to rectify such errors and make the experience of users of Hindi more pleasurable on the internet. Raftaar.in is a Hindi search engine and content aggregator that is hoping to ride on the opportunity to serve 300 million Hindi speakers in India, who consume content mainly in the language.

The platform has been developed by a sister-concern Indicus Analytics; a research firm which was also co-founded by Peeyush and his partner Dr. Laveesh Bhandari. The founders claim to have 8.5 million page-views and 2.5 million unique visitors on the site per month. “It can be safely assumed in India that the next wave of internet usage can substantially come from vernacular space; language focused search is therefore now uninhibitedly hot property. It is also a critical component for the entire ecosystem as it bridges the niche gap between a localized user and his associable language specific content.”

We have already written about Reverie Technologies and Linguanext – two entities who are also betting on the language market in their line of business.

Peeyush says they have modelled Raftaar to mirror English websites in India at the beginning of the internet age. “If you give people a vanilla search page as Google is today, people are not aware what they want to search. This is a learning that has come over time. The language audience have to be treated the way English audience was treated by Yahoo! and Rediff,” he explains.

Content on Raftaar is drawn through the proprietary technology built by the company which enables it to crawl content, index it and classify it. So all content gets classified automatically -- news gets classified by topics, songs get classified by genres and so on. “At our end we give a bit of structure to the content by helping organise it more methodically. So if the content is songs, the Raftaar will categorise it as per singers, albums, genres and just list it broadly,” says Peeyush.The idea for Raftaar took birth because of the passion that the co-founders had for the language. “Essentially I am a data person and Laveesh is an economist. In the course of doing analytics, we decided we wanted to make a Class 10 book on Economics in Hindi. We soon realised that there is nothing on the internet in Hindi despite a sizeable number of Indian population being there,” he says. The passion drove them to build Raftaar block by block over the last seven years.

The site has many firsts to its credit. From being the first to convert Hindi font from ASCII to Unicode and vice versa. First to introduce a phonetic keyboard and online Hindi Thesaurus. First to index and make searchable both Unicode and non-Unicode content. First and only player to introduce character morphology for Hindi. First and only portal to allow search for Hindi songs in Devanaagri script and the first to introduce Devanaagri content search using Roman script.

Today the site offers a delectable mix of search, news, education, dictionary, astrology, religion, songs, movies and blogs. Users of Raftaar are bi-lingual but primarily Hindi speaking from North and West India. Majority of users are salaried employees followed by self employed and students. Two-third of the users belongs to SEC A category and own a vehicle, says Peeyush.

The user can type character wise and key in exactly what he wants to search. “We look at being able to input consonants, letters and other parts of a word in Hindi like maatras individually. We stress on being purists in that sense. We will also look at whole word input. But the idea is to make people who are more aware of the Hindi sounds able to input it as is,” explains Peeyush. While the choice to input is given to the user, Raftaar has been built in a way that a user can easily click and search what they want, thereby reducing dependence on actual input. “Even Google has gone to auto suggestions, similarly we have also tried to be more assistive in our approach to help users search content,” he says. Raftaar has developed this method because they realise that the Hindi audience who come on site are not very confident of the internet and are not quite sure of what is available on the net. Therefore, the click and search approach proves to be a better bet.

Raftaar, says Peeyush, is making money through advertisement and therefore is self-reliant at this point. However, they have ambitions to scale the venture onto the mobile and tablet platform, and for that they will need more funding.

The founders have brought in a dedicated team to drive Raftaar, while they continue to be associated in an advisory role. They are more hands on at Indicus Analytics, which is helping the site constantly look at data to decide its future course of action. Going forward, Peeyush says they will focus on improving vertical search capabilities on Raftaar, as well improvising the input techniques.