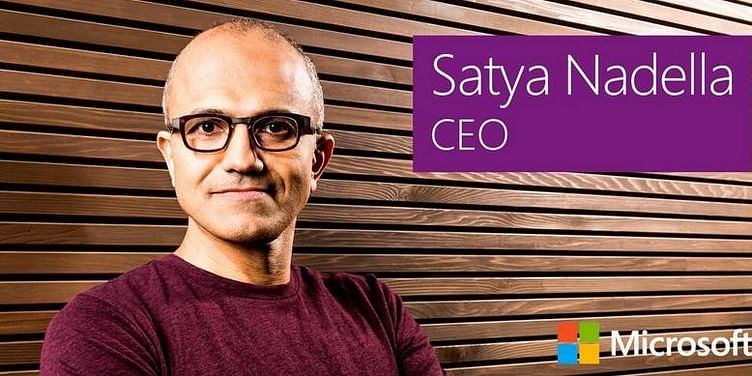 For a country that has built decades of legacy in software development and services, Microsoft’s latest news ushers a new era of raising Indians’ profile across the globe. Satya Nadella who was born in Hyderabad, India and completed his engineering from Manipal Institute of Technology, is the new Chief Executive Officer of Microsoft Corporation. In his previous roles, Nadella held the position of Executive Vice President of Microsoft’s Cloud and Enterprise group.

In its official press release Microsoft confirmed the news a while ago.

Microsoft’s Founder, Bill Gates said, “During this time of transformation, there is no better person to lead Microsoft than Satya Nadella. Satya is a proven leader with hard-core engineering skills, business vision and the ability to bring people together. His vision for how technology will be used and experienced around the world is exactly what Microsoft needs as the company enters its next chapter of expanded product innovation and growth.”

Nadella joined Microsoft in 1992, and since then he has spearheaded major strategy and technical shifts across the company’s portfolio of products and services. Although his most notable contribution was the company’s move to the cloud and the development of one of the largest cloud infrastructures in the world supporting Bing, Xbox, Office and other services.

Newly appointed CEO said, “Microsoft is one of those rare companies to have truly revolutionized the world through technology, and I couldn’t be more honored to have been chosen to lead the company. The opportunity ahead for Microsoft is vast, but to seize it, we must focus clearly, move faster and continue to transform. A big part of my job is to accelerate our ability to bring innovative products to our customers more quickly.”

YourStory congratulates Satya Nadella and wishes him the best to take Microsoft to new horizons.