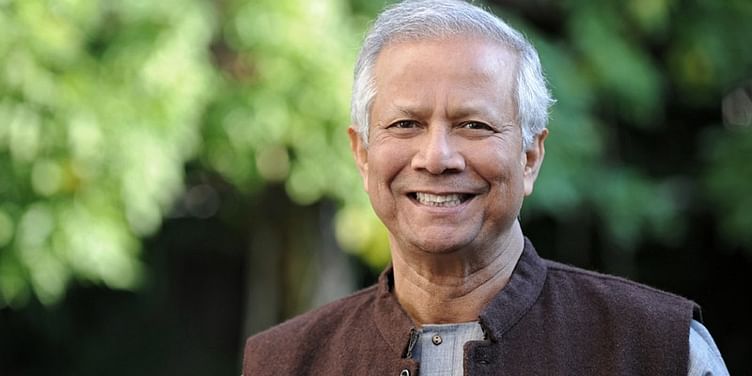 Muhammad Yunus needs no introduction. He’s a pioneer in the world of social entrepreneurship, and is perhaps its most famous and widely recognized face. Yunus is most famous for being founder of Grameen Bank, a microfinance institution that lifted millions of Bangladeshis out of poverty by giving them access to small loans with no collateral. For all his efforts he was awarded with the Nobel Prize for peace in 2006. Since then he has shown no signs of stopping: he’s involved with Grameen Foundation, Grameen Phone, Grameen Danone and many other institutions of repute.

Examining his life and his work, there are many lessons to be learned for young social entrepreneurs. Here are six lessons that are absolutely invaluable.

1) Focus on an unserved or under-served market:

Yunus started his journey by lending $27 to 42 women in rural Bangladesh. This was a market that no bank addressed. He created a new market, by lending to impoverished women, with no collateral. In a TED talk he explained how he went against the grain and did not follow traditional rules of banks of having rich males own the bank and loaning money but instead, he made poor women the owners of the bank. In doing so, he demonstrated that women, and the poor can be trusted to take care of their own destinies, all they need is a little capital. And that, has made all the difference.

Yunus may have started small, but he kept going from strength to strength and continued to grow big. His vision for Grameen Bank never wavered.

Back in 1983, when the Grameen Bank became an independent entity, it had 86 branches and 58,000 borrowers. Amazingly, there were 2,800 branches and more than seven million borrowers, by 2010. He wasn’t just happy with removing a few thousands out of poverty, he was obsessed with helping millions, and not just in his native Bangladesh but all over the world.

3) Collaboration is the key to growth:

Grameen Bank relied on foreign aid and grants to grow the business and prove the model. This would not have been possible if Yunus had not agreed to partner and collaborate with multiple partners.

After Grameen Bank, Yunus started many other initiatives, but among the most important and impressive is the one with French MNC Danone. Dubbed Grameen Danone, it sought to fulfill one of Yunus’ other big dreams: to change the face of capitalism forever, by introducing the concept of social business. Yunus worked with Iqbal Z. Quadir to launch Grameen Phone, the telecom provider went on to become the country’s largest mobile services provider.

Yunus did not just sit tight after the success with Grameen Bank, he instead sought to diversify, By late 1980s, Grameen started to diversify other projects, which sometimes grew into separate organizations like Grameen Motsho, Grameen Krishi, Grameen Trust, Grameen Fund, Grameen Software Limited, Grameen CyberNet Limited, and Grameen Knitwear Limited. One of the entities, Grameen Telecom, has a stake in Bangladesh’s biggest private phone company, Grameenphone.

5) Nurture, incubate and help others:

Yunus Social Business (YSB), a spinoff of The Grameen Creative Lab, helps create social businesses around the world. Co-founded by Yunus, Saskia Bruysten, Sophie Eisenmann and Hans Reitz, YSB provides advisory services to companies, governments, foundations and NGOs. Other than YSB, Yunus helped create the YY (Yunus + You) Foundation, to help young social entrepreneurs under the age of 25 to network and develop their social business ideas.

6) Be ready for detractors:

For all his good work, Yunus has been criticized on multiple fronts. Researchers from the MIT’s Poverty Action Lab questioned whether micro-finance actually worked, especially in countries like India. In Bangladesh’s the ruling party chief attacked Yunus saying that he profited from “sucking the blood’ from the poor. Plenty of journalists have also questioned the efficacy of micro-credit. Spectacularly, he was asked to step down as managing director of Grameen Bank, the very institution, he helped create.

Yunus’ reaction to this has been to has roll with the punches and let his work do the talking.