EuroAble, a usual call centre run by an unusual bunch of people 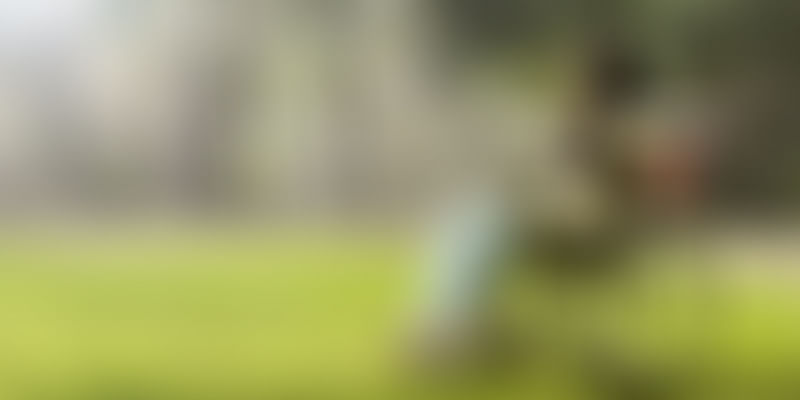 In a recent article he wrote, actor Shah Rukh Khan said for him charity is a way of life. “It’s not a lofty thing at all. It’s the smallest way of doing the biggest things in life. Humanitarianism is an ethic of compassion founded on the age-old idea of equality. Equality is the acceptance that all beings are born with an inherent dignity of their own for which they are owed respect in equal measure regardless of any notional or circumstantial contextualization,” explained the superstar in the article he wrote for DNA newspaper.

When we heard of the EuroAble call centre, the parallels were obvious. EuroAble is a call centre run by Eureka Forbes. It started off as a CSR initiative a year ago, and is India’s first state-of-the-art call centre manned and operated by people with special needs. The initiative gives people with physical disabilities a platform to demonstrate their potential to live with dignity and be financially independent. By treating them equal and giving them equal opportunities, EuroAble has managed to blur the lines of discrimination.

Situated in Chembur, a Mumbai suburb, the facility is spread over a 5000 square feet facility at NASEOH (National Society for Equal Opportunities for the Handicapped). The main area of operation is a large hall which has over 90 work stations, including 10 exclusively for people in wheelchairs. The EuroAble project is spearheaded by Vinath Hegde from Eureka Forbes, who has designed and developed the back-end call center technology. She has also recruited, trained and established the team that currently runs EuroAble.

However, the difference stops here because from qualifying for the job, to growing in their career paths, every person who joins the call center is evaluated on strict performance metrics. As part of the selection process, candidates have to undergo a written exam and then participate in a group discussion, followed by a one-on-one interview. “Many of these employees were shy of even speaking up when they first joined. Most of them come from the lower income strata with limited or no fluency in English. We had to instil a lot of confidence in them. Since, most of the differently-abled youth did not have a normal childhood as they were discriminated, it takes a huge effort to nudge them into taking charge of their own lives,” explains Marzin Shroff, CEO-Direct Sales and Senior VP-Marketing, Eureka Forbes.

The call-centre is currently manned by 96 people and Marzin says these employees do need constant monitoring and motivation. Before going on calls, the employees are provided training to speak in English, product training and handle consumer calls. Their training process is spread over a period of three months keeping the new employees’ needs in mind, unlike regular 10-day courses that normal employees would be given.

There are also regular performance appraisals and a corporate-style rewards-system in place. A quality manager monitors performance, and if productivity falls below 90%, the executive is sent to a refresher programme followed by a written exam. Counselling is also imparted, if needed. “Many employees who have performed well over the year and have grown with the call center have been inducted into the leadership program. They are often responsible for supervising the entire gamut of operations of the call center,” shares Marzin proudly.

Just like any BPO, employees at EuroAble have a defined career progression and can diversify into areas of training, operations or MIS as per their capabilities. Salary for employees at the call centre starts at Rs 8,500 and they are also entitled to other benefits such as bonus, gratuity, provident fund, etc.

Special care is taken to ensure they have a comfortable working environment. For example, the workstations are a foot longer than the standard, three-foot call centre desk, and have enough space all around to allow easy access, by both wheelchair and crutches. The desktop computers have also been specially designed with all the controls on top, so employees don’t have to reach down. Employees are also provided transportation facilities of pickup and drop.

Up to 125 calls are handled per workstation and Marzin says the employees at EuroAble are handling customer queries and complaints for Eureka Forbes, covering entire north India operations. This includes calls from Gujarat, Madhya Pradesh, Uttar Pradesh, Rajasthan, Chhattisgarh and Maharashtra. Even the average call handling time has dropped from 356 seconds to 169 seconds since the beginning of work.

In 2012, the National Centre for Promotion of Employment for Disabled People (NCPEDP) awarded EuroAble with the Helen Keller Award for being a Role Model Organization that has promoted employment opportunities for people with disabilities.

What started as a small effort has come a full circle with his recognition. Eureka Forbes joined hands with NASEOH in 2008 where they set up a spare part rectification unit. The relationship got extended in 2009, when the company offered employment opportunities to differently-abled student trainees of NASEOH to assemble PCB motherboards for the Aquaguard water purification system. Eventually, more such trainees were recruited in the CRM department for lead generation. “When we saw the success and enthusiasm of these five young people, as well as customer response, we decided to set up this call centre to service the needs of our eight million customers. This gradually gave way to the idea of setting up a state-of-the-art call centre and training differently-abled people to provide them with employment opportunities at the centre,” says Marzin.

For the large population of differently-abled people in the country, finding employment continues to remain a big challenge. An initiative like EuroAble, which helps them hold a normal job in a customized environment, is a big boost for their morale. Witnessing the success of the call center, Eureka Forbes is now pursuing other corporates to start similar initiatives, and Marzin says corporates have also been welcomed to use the EuroAble premise for telecalling. Going forward, EuroAble also plans to employ and train visually impaired people.