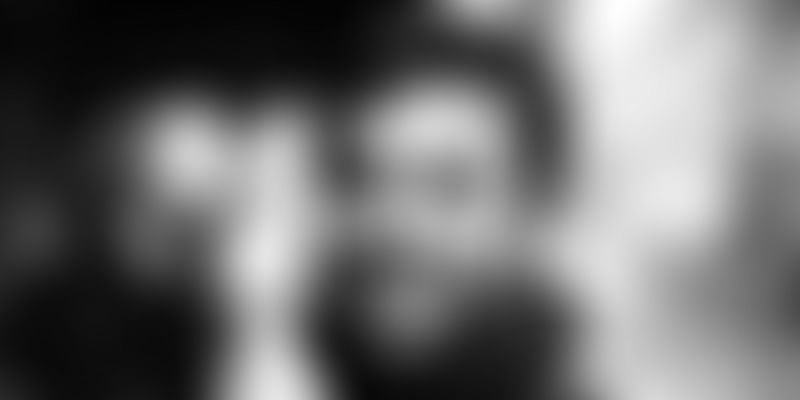 Daily traffic snarls are a constant stress inducer in these modern times. Carpooling seems like a perfect solution but has always been a challenge to implement. A lot of people have already tried to solve this problem but with varying degrees of success. With over 10,000 people using FolksVagn, Sameer Khanna has succeeded to an extent in solving the problem in Delhi.

Not one to sit and whine about the problem, Sameer started talking to people about the concept and to learn why carpooling has not been successful on a large scale. He discovered that one of the main reasons carpooling isn't adopted by people is the inflexibility of rides and the awkwardness in handling monetary transactions.

Equipped with his newfound wisdom Sameer started FolksVagn, a carpooling service which saves you the hassle of asking for money and makes sure you don't have to wait too long for others to join in by allowing you the flexibility of a cab service. Sameer is a former techie who has worked at senior roles in Cisco, Huawei and Ericsson before starting FolksVagn. The daily stress of commuting and watching long lines of empty cars with single occupants led Sameer to think of a solution. "Talking to people while you are stuck in a traffic jam makes sure you don't get frustrated and helps you remain cool,” says Sameer.

FolksVagn saves the hassle of exchanging money and provides you flexibility similar to your own vehicle. It works on the wallet feature. The site will not let you book rides if you don't have money in your online wallet. It charges Rs 3.50 per kilometer from each passenger and keeps the amount in escrow until the ride is finished and it is approved by both parties. Rs.3 is paid to the owner of the car and remaining 50 paise is charged by FolksVagn. The app shows all the people riding on your route and you can select the person with whom you want to travel. There is no need for any membership fee and charges are per ride basis.

A big concern while carpooling is safety. What if you don't want to travel with someone or if you don't like the way they behave. These are very valid concerns and Sameer has done a great job in addressing these. For women, there are over 20 "women only" ride sharing groups which are default for women once they sign up on the site, these settings can be changed via the website or mobile apps. After each ride, the app collects feedback from users on the car owners, and if you are still not happy you can report abuse and flag the member which will be visible through the community. A user gets banned after five flags.

Talking about his challenges, Sameer says, "Asking people to change a habit is the most difficult thing. They have a fixed mindset; people will say it is a brilliant idea but they won't use it themselves. It took us six months to get to first 200 users, now we have over 10,000 people on our platform and are adding approximately 100 people every day."

FolksVagn is currently a 12-member team and is completely bootstrapped though they are looking to raise funding. They have a large footprint in Delhi are starting operations in Mumbai, Chennai, Hyderabad, Bangalore and Pune. Talking about his vision for the future, Sameer says he wants FolksVagn to be India's largest ridesharing company.

Talking about the lessons from his journey, Sameer gives the following pointers:

1) Get rid of all liabilities and move to a credit free life.

2) Have a plan to feed your family after you quit your job and embark on the journey.

Have you carpooled? Tell us your experience in the comments section.

Why carpooling will fail in India

Readers respond: Why carpooling will not fail in India

A bunch of geeks fighting the odds; HopOn will try making Car Pooling work giving it the Real Time twist