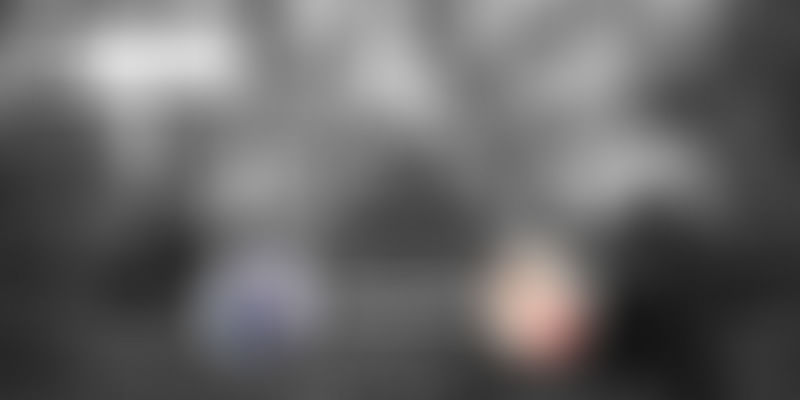 Mumbai tabloid ‘Mid-Day’ recently carried an article that spoke about the infamous casting couch phenomenon that exists in the world of glamour. The sting operation that went into collecting the material for the article shows the rudimentary and old-school way this whole business still functions. Key in ‘online model hire’ on Google and you may not get many useful options among what is listed; anything Indian is all the more elusive.

So when Dhananjay Singh told us about FrameINN, the idea seemed great and one that holds potential. FrameINN is an online platform that hopes to connect models, brands, art directors, photographers and all things related to the glamour industry.

FrameINN was started by Dhananjay and Parth Pankaj Tiwari, both engineers – one mechanical and the other computer science. “I have a lot of friends who model and they used to tell me how hard it is to get a chance in the industry,” says Dhananjay about the reason to start his venture. He researched the industry and interacted with over 1,500 models online through various social networks to understand the dynamics of the space. One such interaction with Mina Delic, a model from Serbia, who described the modeling industry there to be akin to slavery, proved to be the determining factor that lead to FrameINN.

Launched in February 2014, Dhananjay says the response so far has been good. Predictably, they are focused now on creating a database and interacting with the brands. Dhananjay is even bullish and says they will start generating revenue from June this year. The venture is bootstrapped currently, and Dhananjay says they are looking for a strategic investor who can bring in the funds and industry experience to help grow the venture and expand.

Given the nature of the industry, it is hugely unorganized and therefore difficult to put a number to. Stories of people coming to Mumbai to try their luck in Bollywood are already stuff of legends. Modelling agencies, freelancers, amateurs are different elements of this ecosystem, and for people new to the industry, it is a Herculean task to find the way through this maze.

Dhananjay understands the enormity of the task and therefore says he will focus first on the Indian market, before he thinks of expanding abroad. FrameINN is targeting 50,000 models to register on the platform by June-July; currently they have models from 15 countries registered on site and counting. Models who want to upload their images can do it for free, however, going forward FrameINN plans to roll out certain new features which will be subscription based.

They are a team of four who handle different aspects of the startup. Uday Hiwarale is the tech mind and Anwesha handles public relations and advertisement. The entire team met online and works virtually. They also have two guys – Amir and Ali from Iran – who are assisting them with the UI.

Social media is being used to publicize FrameINN, and Dhananjay says Facebook and Twitter have been very beneficial.

Just one month into operations, FrameINN has not faced many challenges, but Dhananjay says he is willing to take them head on whenever they show up. From launching virtual spaces around the globe to moving to Silicon Valley, FrameINN is dreaming big. “I want every model to be known by FrameINN, every brand connected with us. The day Versace and Louis Vuitton sign up on FrameINN, I will take a day off,” he declares. They surely have miles to go before that break!