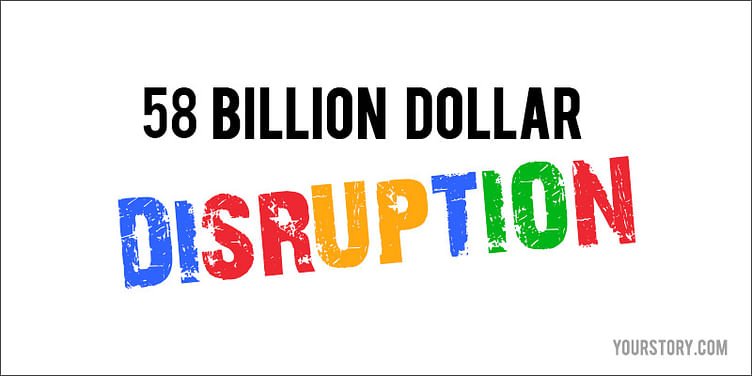 The gaming industry thus far dominated by three players – Sony, Microsoft and Nintendo – is soon going to be disrupted, and the $58 billion video gaming industry is in for a shock, thanks to Google’s Chromecast!

The Chromecast, which looks like a simple pen drive, plugs in to the High-Definition Multimedia Interface (HDMI) of the TV, and once you cast from your laptop/ Smartphone/tablet wirelessly, application gets invoked; connects to the Internet through your home Wi-Fi and renders it on your TV, effortlessly. While Google started with only ‘castable’ YouTube and Netflix applications, it opened up its Cast Software Development Kit (SDK) earlier in February for iOS, Android and Chrome to allow all developers integrate the Cast function directly into their apps. Casting of the infamous Flappy Bird by its creator Koush from his Android phone on to TV started the next generation of gaming!

In general, the gaming industry is characterized by the Two-Sided Markets (2SM). In a typical 2SM, there are two sets of users who complement each other’s usage thereby increasing the network effect for enhanced value for both. The platform enables these two heterogeneous sets of users to come together to conduct commercial transactions. Success of the platform depends on the number of users on each side and the usage across them.

Sony, Microsoft and Nintendo created their proprietary gaming consoles and platforms (PlayStation, Xbox and Wii respectively) with game developers on one side building games and applications that can run on these platforms. The game players would buy these expensive consoles and games to satisfy their gaming instincts. Since the game players are usually very picky about the quality of games, the platform owners carefully scrutinize each game and developer before allowing them access to their platform, thus forming a closed loop of game developers. This in general has restricted available options for games and consoles.

However, this closed community is in for a shock with the release of castable games. Earlier this month, Google announced the release of Google Play services Software Development Kit (SDK) . With this along with Cast SDK, Google intends to rewrite the rules of the gaming industry. The SDKs provide advanced features, including multi-player real time gaming, storing game statistics on cloud for personalization and so on.

For example, GameCast is an Android app that lets you play a handful of classic games on your TV while using your phone or tablet as a remote control. The other castable games in Google Play Store include Hangman, DrawCast, EduKids and QuizCast.

There is also an app called CastStore that one can use to find castable apps and games. The Cast store has now started filling-up with games developed by the developer community worldwide. We will soon see development of 3D games with immersive personal avatars and environment as envisioned in project Tango.

If you are a game enthusiast, you don’t have to buy the expensive consoles anymore; by a $35 Chromecast and plug in to your large TV; download the games on to your mobile or laptop and cast it on to your TV; use your mobile as a remote control and happily play the games.

Thus we are seeing the horizontalization of the game industry from its integrated vertical structure. The games are mostly free or at a minimal fee, subsidized by the ad revenue of the platform provider (in this case Google) compared to those expensive proprietary ones. Google PlayStore even has an option for refund within 15 minutes of purchase to enable users to test and decide.

Is Google the only player in this space? Amazon is getting in to it. Amazon has made available the SDK of its web service called Appstream that was opened up last year. AppStream supports high-resource streaming apps such as 3D games and HD applications to be delivered from the Amazon Cloud.

Though this is tightly controlled by Amazon, it is only a matter of time before other Cloud services, including that of Google emerge. Again, if Chromecast support is provided in these applications, these can be casted and played on TV also.

There is already enough evidence of the above phenomenon. All the three game console makers are continuing to make losses for consecutive years and it is only a matter of time before they are completely horizontalized by the open platforms and the Cloud! The only option for them is to make their interesting games available on Chromecast-like devices.

On the other hand, the successful game developers in India such as IndiaGames, Zapak and Dhruva Interactive should actively look at enabling their games “castable” and cash-in!

This article is authored by Krishna Kishore, Senior Architect and Dr. V. Sridhar; both at Sasken Communication Technologies. Views are personal.