The rise of Indian product startups 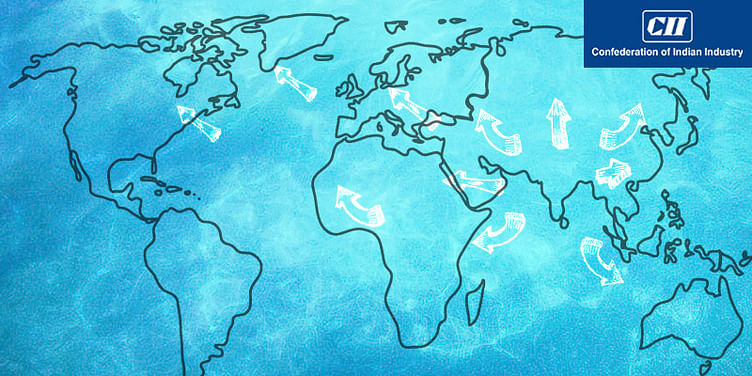 The rise of Indian product startups and the challenges facing them featured prominently at the recent CII Knowledge Summit 2014 in Bangalore, with the theme ‘Made in India: using knowledge management to create a product revolution and profitable businesses.’

You can get software products at every price range today – for everyone from individuals and SMEs to national conglomerates and MNCs, said Sharad Sharma, co-founder of iSPIRT Foundation and former CEO of Yahoo India.The rise of Fusion Charts (used by NASA and US president Barack Obama) and the more recent acquisitions of Little Eye Labs by Facebook and Talent Neuron by Corporate Executive Board have put the spotlight on Indian startups.

Leveraging the SaaS model, Indian startups are now operating at the full range of price points and user bases, said Sharma. iCreate, Manthan, Druva and Eka have potential market sizes of thousands of clients; FreshDesk and Wingify are in the 50,000 user range; EmployWise and ApartmentAdda can hit millions of users; and the UID project can open up the billion-user market in India via mashups and applications in areas like tax management.

Sharma shared some other interesting insights: 40% of startup founders in India come from an MNC background. At least one software product company from India each year is hitting the $1 billion mark.

“Indian startups are good at targeting local consumer space and international enterprise markets, but have yet to get good traction in the Indian government and public sector organisations,” cautioned Sharma. In areas like telecom networks, there are no industrial products from India, and that is the ‘kryptonite’ in India’s success story.

“Solutions for getting large-scale local buy-in will need to be found via better public procurement by Indian organisations. Foreign banks use Indian products like iCreate, but not Indian banks,” observed Prof. Rishikesha Krishnan, director of IIM Indore. The Indian education system should emphasise not just theory but also practical applications via “tinkering labs,” added Krishnan.

Two panels at the summit addressed innovative opportunities arising from SMAC (social, media, analytics, cloud) and Big Data, and the rise of new product companies in this space.

“Collaboration and collective intelligence are key imperatives for companies in an age of rapid competition, and our unified SMAC platform helps with better expression and organisation,” said Sumeet Anand, founder and CEO of Kreeo, a startup founded in 2007.

The future is about data fusion, and will extend to audio and video content as well, he predicted. Creativity and insights are about connecting dots – and the more dots that one can connect, the more knowledge one can generate. New knowledge architectures for organisations should be able to support any kind of configuration – loose teams, global networks and the interwoven matrix.

New style trends are emerging in this space within weeks and months, and not years as in the past. “It is possible to design new clothes analytically, based on real time predictions of consumer preferences,” said Sharma.

“In addition to enterprise knowledge, interesting areas for startups to target are the rise of ephemeral knowledge and serendipitous knowledge,” said Ravi Gururaj, chairman and co-founder of Frictionless Ventures.

Startups like Snapchat are a good example here, with offerings for those interested in very short lifespans of information items. Tweetdeck was an earlier success story, which allowed community and crowd views of social narratives and thus allowed users to make connections between seemingly random flows.

Expertise, creativity and availability of funds are spurring this product trend in India, as well as the rise of open source code and combinatorial innovation.

“India has some of the world’s finest knowledge firms,” said Ludger Kuebel-Sorger, Global Leader-Knowledge Management Practice, and partner at the Boston Consulting Group.

Big global trends to watch include the increasing youth population of countries such as India, Indonesia and Turkey, which will drive local entrepreneurship, said Anil Menon, deputy chief globalisation officer at Cisco.

Urbanisation is another major driver, and the tech push towards cloud platforms will open up new kinds of models for urban-focused startups. “An Israeli company is using the cloud to deliver water management services to Singapore,” Menon cited as an example.

“This is a century of brains and brands,” said R V Deshpande, Minister for Higher Education for Karnataka, urging companies to build long-lasting brands and value.

There is also huge scope for product and service innovation at the ‘bottom of the pyramid’ in India, which can scale to other emerging economies. Good examples here include the $5 lens developed by Aravind Eye Hospitals, said Prof. S. Raghunath, Dean of IIM Bangalore.

Indians excel in research and development, though Chinese companies are perceived as ahead in IT manufacturing. Indian companies should also have the pride to leverage indigenous traditional knowledge, observed C.P. Rangachar, managing director of Yuken India. “Isn’t it strange that yoga and transcendental meditation are coming back to India via the West?” he asked.

One of the interesting observations from the panel on Business Value was that the youth of today are much more collaborative, communicative and sharing in nature than previous generations, and this bodes well for the larger innovation ecosystem.

Suhas Gopinath, CEO of Globals Inc, shared his story of the IT company’s humble beginnings from a Bangalore cybercafé when he was still a student. He has been recognised as one of the Young Global Leaders by the World Economic Forum, one of the youngest to be thus honoured. The company’s products include educube, a cloud based collaboration and private social learning platform for schools.

Lakshmi Pratury, host of the INK Conference, urged entrepreneurs to master the art of storytelling. “There is a hunger for stories among youth,” she said. Her conference series has promoted a range of social entrepreneurs in India.

India has great potential to build IP-based products, sums up Prof. Rishikesha T. Krishnan, director of IIM Indore, and co-author of the book, 8 Steps to Innovation.