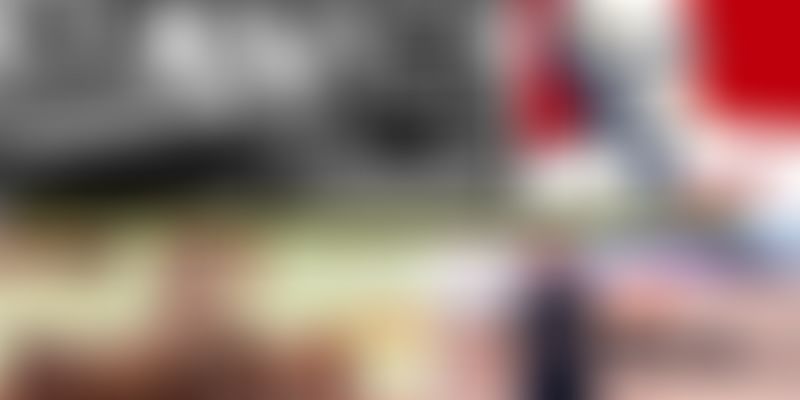 What does it take to start up? A brilliant idea? A great team? Money? Yes. All of those things. But more than anything what it takes, is belief. A belief that there is significance to the problem being addressed, and that the solution is something which the consumer wants. It is really amazing how most large companies have such humble stories of starting up. All of them started with nothing but just plain conviction. Here we have compiled for you four short stories of starting up of (now) famous companies:

Fred Smith was an undergraduate at Yale University in 1965. As part of the coursework, he wrote an economics paper exploring the process of transportation of goods in the United States. He found that the shippers relied on transporting large packages across the United States by means of truck or passenger airplanes. Smith thought of a more efficient transportation idea. He wrote a last minute paper on how a company carrying small, essential items by plane could be a much better business. He, however, did not go into details about how to actually run such a company. His paper was graded "C". But Smith did not give up on the idea and launched the company in 1971.

But within three years of the founding of the company, Federal Express was on the verge of bankruptcy. It was losing over $1 million a month, due to the rising fuel costs. At its zenith, the company had just $5000 to its name. Smith made a final pitch to General Dynamics for more funding. The request was turned down.

Most ordinary people would have quit at this point and shut down the company. Not Fred Smith. What he did next is easily the boldest move by the founder of a company. Smith flew to Las Vegas and played Black Jack that weekend with the remaining company funds. Yes, all of the $5000. On Monday, the management of the company had a pleasant surprise lined up. FedEx had $32,000 in its bank account, which was just enough to cover the fuel for their planes and to continue operating a few days more.

Soon after, the company was able to raise significant amounts in funding. Today FedEx is a global giant with operations in more than 220 countries and territories and an annual revenue of US $45 billion.

Ferrucio was originally a farmer who made tractors. His business was very successful and he was among the most wealthy in Italy. He owned Ferrari among other super cars. The Ferrari used to give him constant trouble. Being a mechanic, he tried to fix the problem and found out that his Ferrari had the same clutch as used in one of his tractors.

"All my Ferraris had clutch problems. When you drove normally, everything was fine. But when you were going hard, the clutch would slip under acceleration; it just wasn't up to the job."

Ferrucio went to the service guys regularly to have a clutch rebuilt or renewed, and every time, the car was taken away for several hours and he was not allowed to watch it being repaired. The problem with the clutch was never cured, so Ferrucio decided to talk to Enzo Ferrari. He had to wait for him a very long time.

'Ferrari, your cars are rubbish!' Ferrucio complained. Il Commendatore was furious. "Lamborghini, you may be able to drive a tractor but you will never be able to handle a Ferrari Properly.' This was the point when he finally decided to make a perfect car. Yes, Lamborghini.

At 65 years of age, Colonel Sanders received his first social security cheque of $99. He was broke, owned a small house and a beat up car.He made a decision that things had to change. His friends used to like his chicken recipe very much. The fact that this was the only novel idea he had, he decided to act upon it.

He left Kentucky and started his travels to different US states to sell his idea. He would tell restaurant owners that he had a chicken recipe which people liked and he was ready to give it to them for free, in return for a small percentage on the items sold. He got rejections after rejections, but did not give up. In fact, he got over 1000 rejections.

He got 1009 NO’s before he got his first Yes. With that one success Colonel Hartland Sanders changed the eating habits of the whole world with Kentucky Fried Chicken, popularly known as KFC.

Soichiro Honda was a mechanic at a garage. His job was to tune cars to prepare them for races. Honda founded Tōkai Seiki, a piston rings manufacturing company in 1937.

This company won a contract to supply piston rings to an established automobile company - Toyota. But soon after, he lost the contract due to the poor quality of the products. He took time out to better understand Toyota's quality control processes, and by 1941, Honda was able to mass produce piston rings acceptable to Toyota.

Toyota took a 40% stake in his company, but Honda was demoted from president to senior managing director. Tōkai Seiki's manufacturing plants were destroyed in US bomb attacks in 1944. Honda sold the salvageable remains of the company to Toyota and used the proceeds to found the Honda Technical Research Institute in October 1946.

He worked with a staff of 12 men in a 172-square-foot shack. They built and sold improvised motorized bicycles by building their own copy of Tohatsu engines, and supplying these to customers to attach to their bicycles. Honda Motor Company grew in a short time to become the world's largest manufacturer of motorcycles by 1964.

Honda thereafter entered into mini pick-up trucks & finally into the car segment and today is a serious competitor to Toyota.

It’s easy to look at these companies and think, “I could never do something like this.” Of course, all of these companies took decades to get where they are today. But they had an idea and they believed in it and most importantly, they started.

You would also like this amazing infographic from Funders and Founders on "How Many Times Should You Try?" before you taste success