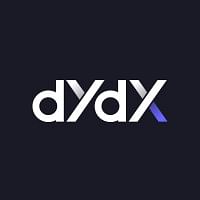 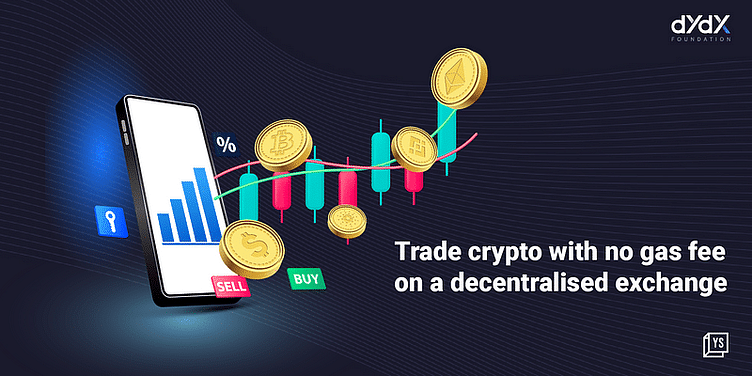 This decentralised exchange platform offers perpetual trading options for more than 35 cryptocurrencies, but does it without the need for users to pay for gas fees, something other DEX platforms don’t.

Though nascent, the blockchain and crypto industry in India can still be tricky to navigate, whether you’re a first-time or a seasoned investor. From choosing an exchange to trade on to wallet security concerns and trading fees, there’s a lot to consider when investing in crypto.

One of those is the benefits decentralised exchanges (DEXs) have over centralised ones. These include better security, since there’s no third-party providing asset custody services in these transactions; and an easier sign-up process that doesn’t have KYC requirements. However, the higher rates of transaction and gas fees that come with trading on a DEX have kept users wary of fully embracing them.

That’s where ﻿dYdX﻿ comes in. It’s a DEX platform that offers perpetual trading options for over 35 cryptocurrencies, including Bitcoin and Ethereum — but it does this without users having to pay for gas fees at all, even offering free fee trading for up to $100,000 in volume per month.

The next level of trading

It’s able to do this thanks to its platform being built on a Layer 2 protocol on the Ethereum blockchain, giving traders the security and transparency of a decentralised exchange, along with the speed and usability of a centralised exchange. dYdX users have full control over their assets and the company says it’s the first crypto exchange to offer “truly free trading to all users, across all markets”.

Founded in 2017 by Antonio Juliano, dYdX was originally built to offer crypto margin trading, lending, and borrowing services over Ethereum Layer 1. But the need to move to Layer 2 was soon apparent, as the company saw trading fees on their platform skyrocket at times.

“Who's gonna use an exchange where you have to pay a hundred dollars in fees to make a trade -- nobody. That was the first and overarching problem we needed to solve,” Antonio told Bankless in 2019.

dYdX soon began working on the Layer 2 protocol for their cross-margined perpetuals platform, partnering with Israeli blockchain software company StarkWare. The launch of the new Layer 2 platform led to an increased execution capacity within the DeFi (decentralised finance) derivatives market.

Currently, dYdX accounts for around 90 percent of decentralised perpetuals trading volume, with a daily average volume of $1.3 billion, making it one of the biggest decentralised exchanges in the world in terms of trading volume. With a market share with over $600 billion total volumes done and more than 25,000 traders, the platform has naturally seen a slew of global investors backing them, including Andreessen Horowitz, Paradigm, Polychain, Naval Ravikant, and more.

Foundation for the future

To foster the growth, expansion and decentralisation of the dYdX community, the dYdX Foundation, an independent Swiss entity, was established in August 2021.The dYdX Foundation helps educate the community on crypto trading and blockchain technology and allocates resources to foster community-driven growth across the dYdX ecosystem.

David Gogel, Head of Growth & Operations at dYdX Foundation, says, “The progressive shift to community governance and decentralisation will be realised with a focus on trustlessness, security, and stability. To that end, an independent foundation, the dYdX Foundation, headquartered in Zug, Switzerland, was created to participate in propelling the Protocol into the future. By fostering decentralised governance and empowering traders with powerful, transparent, and open advanced financial products, the dYdX Foundation is pushing the dYdX Protocol forwards toward community-led growth, development, and self-sustainability."

In line with that fully decentralised approach, the foundation launched the DYDX governance token that allows users to shape the future of the platform by allocating community treasury funds, decide on new token listings on the Layer 2 protocol, control risk parameters for the Layer 2 protocol, determine safety staking pool payouts in the event of losses, create governance contracts themselves, and more.

"The DYDXtoken is a governance token that allows the dYdX Protocol's community to truly own and govern the dYdX protocol. By enabling shared control, DYDX aligns incentives between traders, liquidity providers, and partners of the protocol. DYDX enables a robust ecosystem around governance, rewards, and staking – each designed to drive future growth and decentralisation of the dYdX protocol,” David adds.

dYdX also launched a collection of 4,200 avatars NFTs earlier this year called Hedgies. With a design inspired by — as the name suggests — hedgehogs, Hedgies are given as rewards to successful traders on dYdX and other champions of their community, giving them trading fee discounts and special access with the governance community.

In addition to outreach within the crypto community, dYdX is expanding its global brand to markets such as India, Turkey, Japan, Korea, Germany, Austria, and Switzerland, by empowering developers in the Web3 space that can integrate with dYdX through grants.

After the successful deployment of the Layer 2 protocol, dYdX is now focussed on dYdX V4 — a fully decentralised, standalone blockchain based on the Cosmos SDK and Tendermint Proof-of-stake consensus protocol. It will feature an off-chain orderbook and matching engine, that the company says will be capable of scaling to orders of magnitude more throughput than any current blockchain can support.