Internet of Things: Pluggx Labs can automate a room in your house in under INR 6k 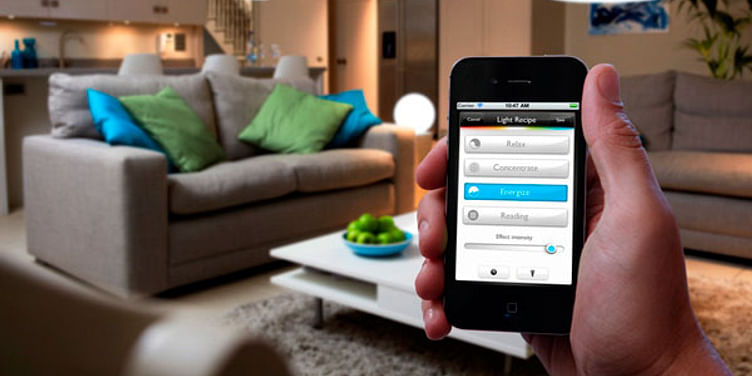 Pluggx Labs took birth when a young man from Uttar Pradesh, Nikhil Srivastava, wondered about home automation. Studying at the Uttar Pradesh Technical University, Nikhil worked on several projects, including an ‘invisible mouse’ using IR camera and IR LED Array and a 'hand gesture-controlled computer mouse' which got him interested in the Internet of Things.

After graduation in 2013, he decided to move to Bangalore and did his market research in the area. He also found two IIM Bangalore alumni -- Srihari B.T and Hari Narayanan -- who joined him as co-founders. “Looking at the available solutions, we saw that the current players were charging more than INR 50k for automating a room which can actually be done at a tenth of the price,” says Nikhil. The team already had the basic technology in place and they started to modulate it and work on the correct positioning to market their product.

For automating a room you need to install a Pluggx Switch which comes with a smartphone app to manage the appliances connected. “Pluggx Switch connects easily to a home switch board/power outlet and allows one to control lights and electrical appliances from a smartphone,” says Nikhil. Here are some features:

Pluggx Labs has already installed the device in 50 homes via a dealer and are striking more partnerships. The system will be commercially available from June 2014 (can be pre-ordered). A team of 15 at the moment, Pluggx also raised a seed round from Bangalore based Cube 9 Capital Group.

There are other startups in Bangalore like Silvan Labs who have an exceptional team and have been able to generate impressive traction. For Pluggx, their costing is one of the biggest differentiator but we're at least a year away before the longevity of the product can be tested. A very young and ambitious team, Pluggx Labs will certainly have all eyes on them as the Internet of Things space heats up in India.