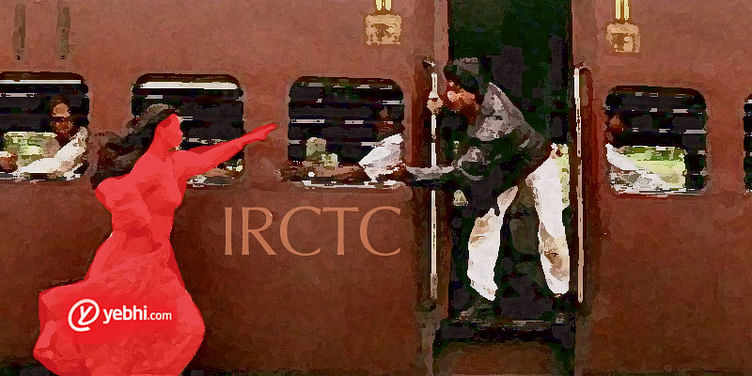 IRCTC which had ventured into online retailing last year by partnering with Gurgaon-based Yebhi is reportedly exploring new partners for its retailing arm. According to a source, folks at IRCTC have been mulling to float a new tender by the end of next month.

The etail initiative of IRCTC had gone live in July last year with all the categories available at Yebhi which include apparel, electronics, accessories, furnishings and kids store.

“IRCTC isn’t happy as far as the partnership with Yebhi is concerned,” says a source on condition of anonymity. When asked about this development, Manmohan Aggarwal, Co-founder Yebhi, said, “We have heard such rumours, but our alliance with IRCTC is so far satisfactory and we’re hopeful about renewal of contract ahead.”

According to the same source, IRCTC may start formal communication next month, and leading marketplaces like Snapdeal, Flipkart and Infibeam may bid for the platform. “Our agreement with Yebhi will get over this year and we may float a fresh tender,” said Sunil Kumar, Joint GM (Portal), IRCTC. Meanwhile, he declined to reveal any further details whether the existing contract with Yebhi will be renewed or not.

At present, IRCTC has two crore registered users and gets close to 1.2 million daily visits, generating 180 million transactions every year, thus making it the largest e-commerce site in the country.

An overview on IRCTC-Yebhi joint venture

In an earlier interaction with YourStory, Manmohan had revealed that the joint venture plans to snap-up over Rs. 200 crore business in the first year. However, the Rs. 200 crore figure isn’t viable as conversion rate from IRCTC hasn’t been encouraging. Besides this, Yebhi pays close to Rs 2.5 crore as monthly rent to the state-owned platform and also shares profits in single digit.

Given the overheads with the partnership, Yebhi may not try too hard for the joint venture. Moreover, we do not understand the logic behind building IRCTC’s brand for any online retail company instead of strengthening its own positioning.

Watch this space for more updates. Meanwhile, what are your thoughts on this development? Do comment.