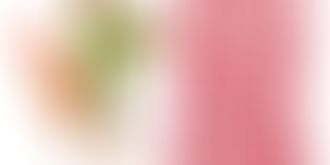 Singapore-based Joyful Frog Digital Incubator (JFDI.Asia Pte Ltd) is a part of the Global Accelerator Network set up by the US accelerator Techstars. JFDI today announced that it had secured firm capital commitments totalling SGD 2.7 million (USD 2.1 million) from an international consortium of investors. Anchored by Singapore’s Infocomm Investments Pte Ltd (IIPL), the investment round is supported by two funds, SpinUp Partners Ltd (Russia) and Fenox Venture Capital (Silicon Valley), with private investors from the Philippines, Vijay Saraff (Thailand), Paul Burmester (UK) and Thomas Gorissen (Germany).JFDI takes teams of entrepreneurs from idea to investment in 100 days with an average follow up round of $S650. “The investment announced today represents the first milestone towards JFDI’s ambition to raise SGD 6 million (USD 4.7 million) to scale up its operations in Singapore and across Southeast Asia,” says Hugh Mason, CEO of JFDI. The accelerator claims that across the three previous runs of the JFDI bootcamp (one in 2012 and two in 2013), 60% of graduates went on to raise follow-on funding.

Thomas Gorissen, entrepreneur and JFDI mentor, said: “JFDI and the people around it have built a one-of-a-kind school for entrepreneurship and one of the most engaging, intense and rewarding learning communities in Southeast Asia. Since 2011, I have been a web technology and user experience mentor, as well as an investor in JFDI,” he says. Talking of the accelerator, Sergey Gorokhov, Director and Chairman of the Board at SpinUp Partners Ltd, says: “In Russia, we have talented startup teams and capital seeking access to world markets. Singapore is the gateway to Asia for us and we look forward to working closely with JFDI.Asia in the future.”

The first beneficiaries of the investment announced today will be the new batch of startups starting with JFDI this month. Including two further runs of the program later in the year, 2014 should see JFDI add additional 30-40 startups to its portfolio of alumni, with ambitions to expand that by further 40-60 startups in 2015.