MoneyHero aims to be the MakeMyTrip of financial products in Asia 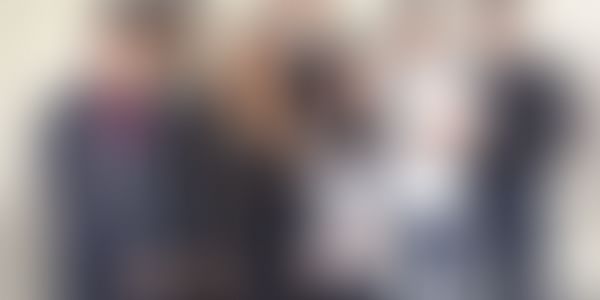 This Hong Kong-based fintech startup provides tools and guides to help consumers compare financial products and save money. Comparison sites have already become popular in Asia, especially travel aggregators. But online portals to compare financial offers have been slow to come up, although they are an accepted part of a more developed ecommerce environment in the West. Quite a few financial portals do exist, but they are more like banner sites with few comparison tools. That's where MoneyHero aims to make a difference.

“How are we different? We only represent facts, only show the best products, and refuse adverts or anything that will worsen the user experience on-site or compromise our customer promise; namely, to help users find the right banking and insurance products at the most competitive price, and save time and money,” says Alister Musgrave, Managing Director of MoneyHero. An MSc in Economics graduate from Trinity College, Dublin University, Alister was an investment banker with Morgan Stanley for four years.

Alister lived in the UK for many years. While working in investment banking there, he used comparison sites for all his banking, insurance, and broadband needs. Work had him travelling to HK frequently in 2013. “I spotted the potential for a price comparison site when I tried to get a credit card once, and was faced with hundreds of offers yet not one portal to compare them all. After further research I found, to my surprise, there were no aggregator sites in HK to compare the thousands of financial products; only a muddle of unclear information and confusing terminology,” he recalls.

There are nearly 1.8 million people in HK living below the poverty line. This little known fact about the huge income inequality hammered home the need for a financial comparison product that would help consumers save money. “On a personal level, this struck a chord. Helping people save money is not just about the money saved—this is money that could be spent instead on education, or on medical treatment for your loved ones,” Alister says.

Around this time, his former flatmate Gerald Eder, Managing Partner of CompareAsia Group, was building price comparison sites across South-East Asia. Quite serendipitously, Gerald reached out to Alister. “We discussed the idea, and two weeks later I began setting up the business in HK.” Currently, team MoneyHero comprises 10 people based in HK, backed up by a “superstar” tech and content marketing team based in Manila.

Simon Galpin, Director-General of Investment Promotion, Invest Hong Kong, recently told YourStory that fin-tech startups were one of their main focus points. “We have a broad and deep pool of financial service companies. And on the back of that, since Hong Kong is one of the most important offshore remnimbi trading platforms in the world, we are seeing a lot of fin-tech companies coming into that space. We are looking to support these companies where we can and some of our co-work spaces and incubators are starting to focus on fin-tech,” he said.

In Hong Kong, there are thousands of different financial products, “all with unclear information and not one portal to compare them all,” Alister says. “Furthermore, there is a high churn for many products. For instance, 500,000 vehicle owners who renew annually and 18 million credit cards in circulation for a population of 7.5 million people,'” With MoneyHero, these users now have an option to compare alternatives, find the best product, and save money, he says.

Take 42-year-old Elsie Kwon for example. This Hong Konger and her husband wanted a personal loan to meet the education expenses of their children. They were finding it a challenge to find lowest possible rates and a friend suggested MoneyHero. “On the website, personal loan packages were listed and sorted according to provider, loan amount, total repayment, monthly repayment, the best features, and the interest rate – which is exactly what we’re trying to look for. It provided us with details which we might have taken a lot of time to get our hands on if we did the search on our own.”

The right balance between information and decision-making

The biggest initial challenge for the MoneyHero team was how to present products in a useful way so that consumers can compare products easily, while still being able to get enough information that they can use in making a purchase decision. “It’s a difficult balance to find and one we’re still working on improving to this day. We use a variety of event tracking, customer surveys, and A/B testing to ensure our site is being optimised constantly,” Alister says.

MoneyHero has funding from Nova Founders Capital and Stem Capital, as well as some local investors.

Currently, they are focusing on their product base and growing their marketing campaign, whereby they share money-saving tips and guides with high-traffic websites and news agencies in Hong Kong. Alister says: “The opportunity is ours to win, so now we just have to focus on providing the best service for the consumer and being a valuable money-saving resource for Hong Kongers.”

What are your thoughts on the rise of financial comparison sites in Asia? We would love to hear from you.