The world’s problems are going to be solved by startups: Sheldon Levy, Ryerson University 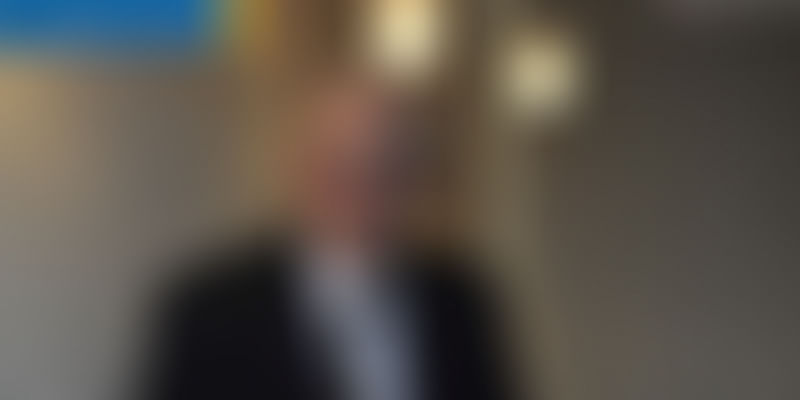 Sheldon Levy is President and Vice-Chancellor of Ryerson University in Toronto, Canada. With over 30 years experience in post secondary education, Sheldon is recognized for championing dynamic growth in academic quality, research excellence and student success, and his advocacy for the role of the university as an agent of progress and productivity. He believes fundamentally that universities have a responsibility to educate skilled and professional knowledge workers, and to build a culture of innovation. In particular, he is acknowledged for his vision and leadership in partnering with government and industry in projects that focus on economic impact and sustained improvements to the quality of life.

Sheldon has been an important part of the Digital Media Zone (DMZ), setup by Ryerson University. YourStory caught up with him at the opening of the BIL – Ryerson Zone Startup in Mumbai to discuss his views on entrepreneurship. Excerpts.

YS: What are your expectations from the partnership with BSE? Have you set any targets?

Sheldon: Over the short term (next 24 months), I hope we fill this facility with 40 companies and we have a list of another 100 companies which are really good and push us to expand quickly. In 24 months we want to be on three floors. (The current facility is on one floor).

I would also like to see the private sector come here on a regular basis and find out what is happening to companies here. The private sector should find this a convenient place to see new technology and to help them.

Our long term goal is to see positive change. Positive change that can impact society on a bigger scale, and not be restricted to a certain section. It doesn’t matter if you are in India, Canada or South Africa – young people who have difficulty in finding employment should look at the world differently. When they see a problem – whether it is traffic or health provision in our country, they should say I have a solution. I do believe society’s problems will ultimately be solved by young people in startups. I don’t think they are going to be solved by big institutions or by big companies.

YS: How were the early days of Canadian startup ecosystem and how did DMZ shape things?Sheldon: Well the dream and the whole idea was observation – of what was happening in the country. I observed that more and more young people were looking for solutions to a problem, but did not have a place to execute their idea. This constraint eventually became the zone. Institutions were creating roadblocks for young people. What we did was take away those rules and asked young people what they needed for success.

We put very measureable targets but we didn’t put our silly rules to get in their way. We are there to help them progress and they had to report progress end of every week. And if they don’t have a customer at the end of four months, we say your product in all likelihood has no value. But you are very talented, so you should join that company. Or if we see two similar companies then we urge them to join hands. We are monitoring them, but not putting roadblocks and making things difficult for them.

YS: Who have been your favourite entrepreneurs from DMZ?

Sheldon: There was one company Hitsend, the entrepreneur is Brennan McEachran -- they were one of the first companies in the zone and last week they became too big and had to get their own building. Another one is 500pixels, one of the largest photo-sharing company in the world. Then there’s Flybits, which is a major company from the zone.

YS: What do you look for in entrepreneurs who come to DMZ?

Sheldon: Well, ideas are cheap; I love execution, that is the key. I can give you 12 ideas for a company, big deal! I need someone who can take an idea and execute. I need someone who knows that technology is only one half of a company, marketing, sales, design all of it have to come together. You have to have people realize that just engineers can’t make a company, they need expertise of people in sales and marketing. They need people to bring in customers – combination of all that makes a product. It’s good to have an idea, but building a team and execution is important.

YS: How did you choose BSE as your partner in India?

Sheldon: It’s all about relationships; you meet people and talk about things. And if they are interested in it, like Ambarish (Datta) they do it in a short period of time. We didn’t do any scientific analysis. BSE came to us with the idea and we said, “sure why not.” Nine months since we talked we are here. If it takes more than 12 months, it’s too long. You need both sides to be interested in seeing this through. And it has to be a win-win. I think the involvement of private sector is going to be the key here.

YS: How will you evaluate this partnership?

Sheldon: We have to build performance indicators for each zone which will be very unusual performance indicators. It’s not just the number of companies that are coming in, but also people from the private sector who want to visit, which will be an indicator. It will be a sum total of the early stage investment from the private sector that companies have generated. So you will eventually set targets that will say the sum total of targets for companies in a space like this is to generate $15 million dollars a year as seed capital. You might set targets like that which are basic, but you need those to stay on course.

Besides targets for each startup, we will also do it at the management level to have some sort of accountability. So say we all have raised $8 million together, we say it’s not good enough, we need $15 million. So maybe we’re not selecting the right company, we’re not promoting them well enough. There is good talent, what’s going wrong. We need that kind of accountability.

YS: Will you be focused on bringing in startups from a particular sector, or will it be open?

Sheldon: Sectors are ok, but more important is the idea, the product, the market opportunity and quality of their business plan. So we don’t mind if they are into transportation, health or service industry, we are not going after a particular industry.

However, there will be a common theme to them all and that will be IT. IT will be an important measure for all startups coming in. Technology will be a vehicle for the execution of the ideas of the company – so it can be a wireless mobile solution, or web-based mobile, it will vary and wouldn’t be sectoral.

YS: Will you look at social enterprises?

Sheldon: Yes, hundred percent! In DMZ we have a company called Ashoka, and we are the first university to have them. I think social enterprise is very important. And I see a huge opportunity for social entrepreneurism here as well. We can learn from here, and you can learn from Canada.

We will look at both for-profit and not-for-profit enterprises. Performance measures for social enterprise will be different, an equivalent measure -- maybe the number of people served or something like that. But for sure we want to see social entrepreneurship here.