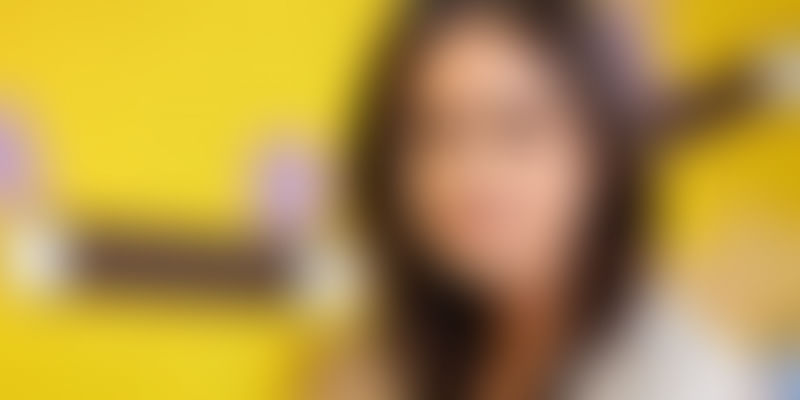 “The true method of knowledge is experiment,” and the sooner children start experimenting and interacting with the world around them the better and faster they learn. It is with a passion in this belief that Anjana Menon and her husband started the ‘Stellar Children’s Museum’ in Gurgaon in November 2012.Anjana, an engineer and programmer by training, spent several years in the US. After her kids were born, she took them to Children’s museums and Science museums (there are over 300 in the US) to learn about the world they live in. Moving back to India, she was surprised to find a severe lack of any such facility in the country. According to Anjana, “It is sad that the only thing parents can do to keep children occupied in the weekend is to take them to the cinema or video arcades.” Therefore in 2012, she started working on the idea of building an interactive museum for children aged between two and 10 years. The museum opened in November 2012 and currently gets about 6500 visitors on a monthly basis. Located in the Ambience mall in Gurgaon, the museum which spans ~11,000 square feet comprises of seven galleries, a theatre and a café.

YourStory spoke to Anjana, a passionate and driven mother, to understand her dream and vision of the project.

YS: A children’s museum, that’s an innovative and new territory. What was the reason for starting one?

Anjana: When my children were young and we were based in the US, I often took them to museums there. They enjoyed the trip so much and I realized that there is so much children can learn by building even simple things like playing with blocks and role playing. Over time, the younger kids learn simple concepts like colors and shapes and the older ones through complex play learn about gravity, magnetism etc. . Since the play is fun and collaborative, it’s something that children look forward to. However, when I moved back to India, I was surprised to see the lack of any interactive museums especially for young children in the country. Therefore, I got inspired to start one. A place where children could go, touch and play with the exhibits, build a bridge (or not) and learn something about the world around them in the process.

YS: What is the theme of the museum and how do you help children learn?

Anjana: The museum has seven galleries that span diverse areas such as science, geography, arts and crafts, adventure, community living etc. The idea is to get children to come in and have fun, the learning is just incidental. The Museum has two educators and each of the seven galleries have gallery supervisors who help the children understand the tasks when they are confused. Some concepts are very simple such as “living in a community” where the children develop early learning skills like problem solving and reasoning through activities that involve sorting, counting and guess and check.

YS: What target age group does the museum cater to and how did you decide on museum design and content?

Anjana: The museum targets children aged between two and 10 years and they are helped in their tour through the museum by trained and qualified educators. These educators have a lot of experience with innovative methods of teaching for early learning kids. For the museum design we have taken the help of designers from Chicago who have over 25 years of experience designing museums for children. The museum took six months to design. Both the designers and the educators are involved with deciding the themes and content for the various galleries. In addition to children who walk in on their own we also organize school trips in collaboration with several schools to get children to come and visit.

YS: What about funding and expansion plans?

Anjana: The Stellar Children’s Museum is funded in part by the parent company Stellar Group which is a real estate company based in Noida. However, we also receive funding from corporate sponsors such as Dettol. In addition to corporates, we also get some in-kind sponsorship from various companies like Harper Collins, Traveller Kids, Frank Toys etc.. They provide us with products for kids like books and DIY kits that we retail at the Museum store. . We have not approached the government for any help as this is a for-profit venture.

We would love to expand. At present, we are looking to set up another museum in Delhi. We are also exploring the option of franchising out the model to expand into other cities in India. However, we want to be extremely selective in this direction. Interested people should have the same passion and love for what we do. Additionally, it’s only been a year since the museum has opened so the expansion idea is relatively new.

YS: What are the timings and fee structures for the museum?Anjana: The museum is open seven days a week from 10 am to 8 pm. We have a membership scheme where members are offered discounts. At present, we have over 140 members. We also organize trips for school children the duration of which is two hours.

General admission into the Museum starts at only Rs. 200 for 30 minutes and it goes up depending on the time spent at the Museum. Adults and children under one come in for FREE. We have discounted rates on Value Wednesdays and special packages for birthday and events.

YS: What is your drive, what keeps you going and how do you juggle work and family?

Anjana: My drive comes from my passion. Being a parent I firmly believed that India needed something like this. In the museum we have made a conscious move to stay away from technology. Everything is based on experiential learning and is therefore more old school. I don’t see the museum purely as a business. To me it’s a dream. I dream to make it bigger. I dream to ensure that there are many more such museums where children can learn and have fun and become more inquisitive about the world around them.

I travel everyday from Noida to Gurgaon. However, I firmly believe that if you love what you do then things have a way of falling into place. I have an excellent support system in my in-laws and my husband Akshay who handles all the financial aspects of the museum.

YS: What is your advice to other aspiring entrepreneurs, especially women?

Anjana: I am a risk taker in life and luckily for me so is my husband. But I believe if you have the means, the support and a passion then jump into it. The rest of it will just follow. Your idea doesn’t have to be something big; it needs to be something you love. The size of the business just doesn’t matter. It’s like a child, the more you invest in it; the better it grows. This is a great time to start something new. India has opened up. People love new ideas. If you have an idea then you can be rest-assured that there is a ready and willing audience to appreciate it. All you need is an initial push but once you get started, the sky is the limit.