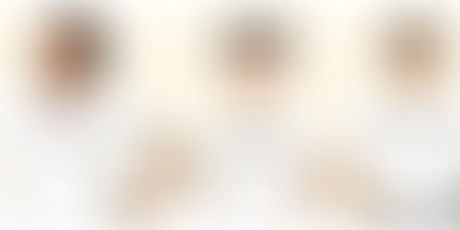 United Way of Bengaluru (UWBe) is a local chapter of United Way Worldwide which works towards improving the lives of the people by identifying and addressing challenges related to education, healthcare and livelihood in and around Bangalore.

UWBe has been actively working on two major campaigns, ‘Wake the Lake’ and ‘Born Learning’. As we all know, drinking water poses a major problem in the city. With this campaign, they are bringing the stakeholders together to revive existing water bodies. “Water is a major concern to Bangaloreans. In 1937, we had 937 lakes and today we have ended up with less than a 100 lakes in the city,” says Suresh Nair, Executive Director of UWBe.

‘Born Learning’ is an education campaign which intends to enhance the early learning skills of children below six years from underprivileged communities. Approximately 47% of Indian children are malnourished and UNICEF’s latest report on nutrition has deemed India as the country with the worst statistics with regards to undernourished and stunted children. Suresh says, “Statistics from reports such as HunGama (Hunger and Malnutrition), Malnutrition report by Clifton Rosario, and the April 2013 UNICEF report reiterate the need for action within these areas. Our Born Learning campaign was therefore launched to address the education needs of children below six, as the first 1000 days of a child’s life has irreversible consequences. Through our campaign, we also address the nutritional needs of these children using locally available and easily accessible foods”.

United Way of Bengaluru seeks to improve lives by mobilizing the caring power of communities to advance the common good. They work with communities locally, raise funds both locally and internationally and initiate activities which impact locally.

With their ‘Wake the Lake’ campaign, there has been considerable success in cases such as Kaikondrahalli lake, Agara lake, Chinnappanahalli lake, Halasur lake, Uttarahalli lake, and Yelahanka lake where along with active community and corporate volunteering events, the lakes have been restored and is a ‘haven’ for residents in the area. They provide intervention by getting stakeholders together to use their expertise, funding and technology application in restoring the quality of water in the lake by freeing it of effluents and pollutants.

Talking about their efforts in reviving these lakes in Bangalore, Suresh adds, “We have recently come up with a scoring system called Wake the Lake score for all the lakes that we work with. This is based on certain parameters which must be fulfilled for a lake to be deemed ‘ideal’ or ‘community friendly’. Some of the parameters are setting up of a Sewage Treatment Plant, fencing around the lake, walkways in place etc. The scoring guidelines are easy to follow and can be performed by a lay person too as this is a uniform baseline”.

Through the ‘Born Learning’ campaign, they were successful in reaching out to 140 children of quarry workers in the Hennur area. Through this campaign, they have moved 124 children out of malnutrition into the healthy category.

Moving forward, United Way of Bengaluru intends to focus on these two campaigns locally by expanding Wake the Lake project to include multiple lakes. This will hopefully bring back Bangalore’s past glory as the ‘city of lakes’. With ‘Born Learning’ campaign, they are aiming to create 500 Born Learning Centres by March 2016, thereby reaching out to 12,500 underprivileged children.