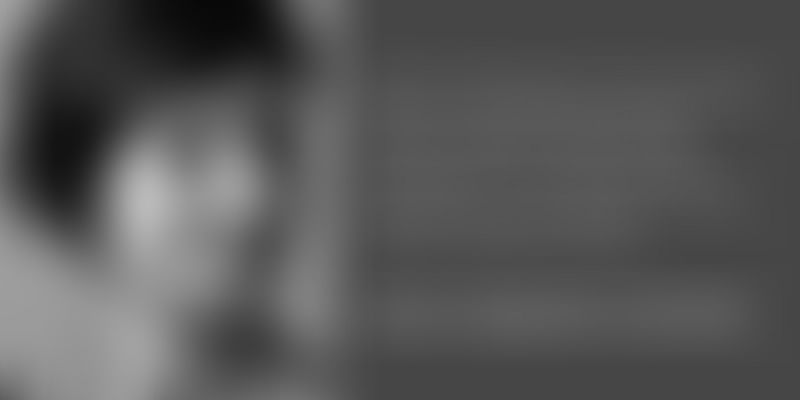 A venture capitalist, who has been on the other side of the table as an entrepreneur, and has scripted spectacular success stories from both sides. That is Vani Kola.

The Managing Director of Kalaari Capital, a $160 million venture capital fund (with $350 million under management), investing in early-stage, technology-oriented companies in India, Vani Kola earlier built two successful companies in Silicon Valley and exited them with billion-dollar valuation. She moved to India in 2006 as co-founder of Indo US Venture Partners to spot and support entrepreneurs raring to go with brilliant ideas.

At Kalaari, Vani has proved that high growth, high velocity companies can come out of this country. Her portfolio of of success stories, including Snapdeal and Myntra, two of India's top five ecommerce companies, counters the myth of an Indian startup bubble.

Both Snapdeal and Myntra were in the news lately for raising huge rounds of fresh funding. Snapdeal raised $133.7 million, in a funding round led by eBay. Just a year ago, they had raised funding worth $50 million. And Myntra recently raised an additional $50 million from private investors, including Premji Invest of Wipro chairman Azim Premji.

While a large percentage of ecommerce companies in India have struggled to make it past their second anniversary, both Myntra and Snapdeal have overachieved well beyond their business plans. Vani bet on Snapdeal and Myntra early as a series A investor, even when others weren't convinced about the business model. She has been instrumental in the success of both these startups. "What Snapdeal and Myntra have validated is that Indian entrepreneurs are talented and capable of identifying emerging themes and trends. And that they have a competitive advantage over established companies because of their insights, and can build high growth businesses," Vani Kola told YourStory in an exclusive interview.

Here are excerpts from the interview:

Kalaari is a Series A investor in both Myntra and Snapdeal – two of India's top 5 ecommerce success stories. What gave you an early inclination towards these companies?

We had been studying the internet trends in India for a couple of years by the time these companies came up for investment. Earlier, there was an internet bubble. In 2000, there were a lot of companies, which started in India and received investment. But none of them really grew to any size. So the first question in our mind was: Is the market ready for an inflection point? We framed our question in 2007 and 2008. Then, the smartphone penetration had just begun in India. It was still in a nascent stage compared to today. Right then, we believed that smartphones will grow rapidly. And much like the earlier cellphone revolution, the mobile and internet spaces will grow and that the internet will be accessible to more and more Indians. That was one part of our conviction.

The second was that there was a mismatch between the pace at which organised retail was growing and the consumer requirement or consumer demand to be better served -- from accessibility to choice, convenience and so forth. Retail in the physical sense wouldn't scale to the growing Indian middle class aspirations. And the answer to meet the middle class consumer demand -- middle class is not coming from just urban India but also from various towns and smaller Indian cities -- was a technology-enabled revolution in retail.

This had to happen much like the earlier landline and cellphone revolution in India. We felt that that the consumption patterns were in perfect form as well. So, it was only a matter of time that other channels more efficient to meet customer requirements would be created and smart entrepreneurs would find a way.

We studied it all for two years to develop our conviction that we were at the inflection point for internet services or ecommerce services. Then the question was about the right entrepreneurs to do that.

What are the traits for the right entrepreneurs to build high growth, high velocity businesses?

1) They have to be comfortable and actually aspire to create a high growth business -- high growth business comes with its own set of demands and significant risks. As entrepreneurs, they have to be willing to empower those in the team to grow rapidly because their organisations are growing rapidly. So the kind of leadership they need to create inside the company, the kind of investor confidence they need to build is geared to that.

2) These entrepreneurs have to be very very secure about themselves – and not just through owning the controlling stakes in the company, which is what many entrepreneurs believe is their only control over the organisation. Actually, control comes from creating a great business and creating great value. It has to be entrepreneurs who are comfortable with that. We knew that a lot of capital has to be raised by these companies, and then there will be significant dilution as you have to share ownership of the business then. So we were looking for entrepreneurs who were motivated to, aspired to and wanted to build high velocity businesses.

3) We knew that this would be a company that would compete on technology also as a differentiator -- technology to build rapidly, respond to consumer need quickly, to really enable sellers, understand deep data analysis and create a superior user experience. So we also wanted entrepreneurs who were not only comfortable with technology, but also deeply invested in technology as a core part of their business, not as a side thought process. We wanted somebody who would exploit technology and push the envelope significantly on that.

4) We also wanted people who understood and had studied global models not because India will have the same success model but because they will have a learning which you can incorporate, customise and target to what might work to an Indian audience.

Those were some of the broad characteristics we were looking for. Obviously within that, our ability to work very closely with these entrepreneurs, especially in the beginning stages of their businesses -- an alignment of values and chemistry -- was very important to us.

We found those in Kunal Bahl and Rohit Bansal of Snapdeal, and in Mukesh Bansal of Myntra. We just thought they were the type of entrepreneurs who had able work experience, were deeply thoughtful, and understood the nuances of what the Indian consumer wanted. They understood the challenges of delivering that in India -- be it payments or logistics and service quality and so on. They were ready to take on these challenges and above all, wanted to be market leaders. We wanted to invest in entrepreneurs who had a market leader mindset. These were some of the characteristics that they showed.

Yet, why were other VCs initially hesitant about investing in them?

When we came in at Snapdeal and Myntra as series A investors -- Myntra in 2008 and Snapdeal in 2009 -- both had not yet demonstrated scale. At that time, when we decided to invest in them, we took these companies to a lot of investors to suggest their involvement. To be honest with you, there was a lot of skepticism on why we invested series A in these companies. We were convinced that these companies were path-breaking. But they had to prove themselves against so many friction points. For example, how will you manage payment? How will you actually ship these products? How will you manage returns? And logistics? Will customers trust them? Can you continue to find the capital required for these businesses? These were all real concerns.

But we had a deep conviction that:

1) The time was correct to focus on this ecommerce category

These two convictions helped us overcome the reservations that other investors couldn't, at least early in the life of these companies.

Coming to the present, what according to you are the competitive advantages Snapdeal and Myntra have gained?

What does the growth of Myntra and Snapdeal mean to the venture capital ecosystem in India?

It completely validates the venture capital thesis. There was a question whether you can really create capital efficient, high growth companies -- which is sort of the vitamins for the venture capital industry. If you can't find high growth, capital efficient, high velocity businesses, then the venture capital ecosystem cannot thrive. There were a lot of investments happening in India into established companies, those who were already profitable but looking for growth capital. Betting on Myntra and Snapdeal was about investing in unproven entrepreneurs and investing into ideas that had not yet been validated. In such cases, there is neither revenue, nor profitability, sometimes not even a product or a fully defined business plan. So, can you invest in these companies and really build them into large brand names and large enterprises? There was a big question mark on whether it can be done in India.

What Snapdeal and Myntra have validated is that Indian entrepreneurs are talented and capable of identifying emerging themes and trends, and have a competitive advantage over established companies because of their insights, and they can build high growth businesses. I think this will really change the Indian venture ecosystem to encourage more entrepreneurs to follow the path. And improve the odds of continuing to create great companies, path-breaking products and services and creating exciting returns.

Do you think their success could fuel more India-specific venture funds?

Do you have something to add to this perspective on the Indian startup ecosystem? Please share your views in the comments section below.