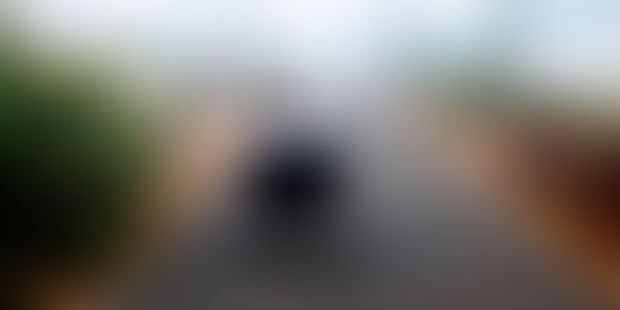 According to the International Labour Organization India is home to about 70 million persons with disabilities (PWD) and apparently only about 100,000 have succeeded in obtaining employment. Sadly this leaves the large majority out in the cold. Some changes are expected soon. A new Rights of Persons with Disabilities Bill is expected to be passed in parliament sometime soon replacing the old Persons with Disability Act, 1995. While the government does its bit, we look at a few non-profits and social enterprises, which are helping PWDs lead a better life.

Founded in January 2009 by Dhruv Lakra, Mirakle Couriers, is a courier company that employs individuals who are hearing-impaired. According to information on their website around 10 million Indians suffer from some form of hearing loss, out of which 66 per cent or over 6 million are unemployed.

They employ close to 70 deaf employees and deliver over 65,000 shipments per month. Their efforts have helped them and win several awards including the 2009 Hellen Keller award and the 2010 National Award for the Empowerment of People With Disabilities. Even their back-office is run by the hearing impaired with 20 women making sure the back end is running smoothly. Mirakle Couriers roster of clients include Mahindra & Mahindra, The Aditya Birla Group, Victory Art Foundation, JSW Group, Indian Hotels Company, Godrej & Boyce and Essel Propack.

2) Dialogue in the Dark India:

Started in Germany by Dr. Andreas Heinecke in 1988, Dialogue in the Dare (DOD) is a series of experiences that lets those with sight get an idea of what its like to be blind. Over 6 million people from 110 cities across the world have experienced (DOD) and this has been brought to India by ACE Experiences. Based in Hyderabad, DOD India, leverages visually impaired guides, to put individuals in everyday situations, like crossing the road, or going to the supermarket. While blind-folded, and in complete darkness they get to understand what’s it like to be blind. Other than the real-world experience, DOD India offers a ‘Taste of Darkness’ where participants are blind-folded and served a meal in total darkness, by visually-impaired waiters. They also organize executive workshops for corporations and educational workshops for schools to sensitize them about issues related to being visually impaired.

Sumit Singh Gandhi (SSG) was in Amritsar, Punjab volunteering with an NGO called Pingalwara when he first encountered the speech and hearing impaired population from close quarters. They left a deep impression on him, and he decided to start a non-profit Sounds of Silence (SOS) to change their lives through the use of a cell-phone. Initially started as pilot in 2008, the project really took off in October, 2009 when operations began to ramp up. Currently, SOS has 100 volunteers, with only two of whom, other than Gandhi, being full-time. They have plans to expand operations beyond Mumbai to cities like Pune, Bangalore and Chennai. So far nine schools in Mumbai and Delhi have adopted the SOS curriculum that have lead to more than 450 kids being SOS empowered.

BMVSS claims to be the world’s largest organization serving the disabled. And with over 1.3 million amputees and polio patients fitted with the Jaipur Foot, calipers, or other aids and appliances it will be perhaps difficult to find that has had so much impact. All assistance provided is free of cost.

Other than India, BMVSS is also present in 26 countries in Asia, Africa and Latin America. In India they are present in 22 locations. BMVSS does more than 16,000 fittings a year.

BMVSS has forged agreements with Stanford University, USA; Massachusetts Institute of Technology (MIT), USA; the Indian Space Research Organization; and Indian Institute of Technology (IIT), Jodhpur, for research and development, Professors of other IITs, namely Chennai, Delhi and Mumbai, too are helping BMVSS. Dow India, MIT and the American Society of Mechanical Engineers are working together with BMVSS to further enhance the functionality and longevity of the polyurethane (PU) foot. Dow India is providing funds for this project.

EnAble India is a social enterprise with an aim to empower persons with disability by providing them with employment services, pre-employment services, supplemental education, counseling and support services. They also provide consultancy and training for other institutions and NGOs and technology services.

The problem that they have identified is that persons with disability are not aware of jobs available, and lack the necessary skills to be eligible for them, and therefore, mostly remain jobless. EnAble India solves this through training, skill building, providing assistive aids and education; building the necessary supply. On the demand side they create the necessary awareness among companies that the disabled can do regular jobs efficiently when trained and skilled.

Born out IIT- Madras’ Rural Technology Business Incubator (RTBI) Invention Labs is a product engineering company that is best know for developing Avaz. It is a picture based communication app developed for children who are non-verbal or who have difficulty speaking.

Avaz’s built-in vocabulary has 5000 plus words. New words can be accommodated and personalized in a few seconds. The vocabulary is optimized for India, and has a vocabulary in seven languages: Tamil, Hindi, Telugu, Kannada, Malayalam and Marathi. The app grows with the child to develop literacy and tracks therapy sessions to help you measure the child’s progress.

It has won many awards: it was listed as one of the apps chosen as ‘Editor’s Choice’ by the website apps for children with special needs (http://a4cwsn.com). Invention Labs’ founder Ajit Narayanan was of MIT’s 35 under 35- innovator of the year in 2011 and the app was listed on MIT’s list of Top 35 Innovations in 2011.

“After Dharunika has started using Avaz, she has started communicating a lot more– and she also wants to communicate lot more now. She also spoke to complete strangers using Avaz, which she had never done before,” – Dharunika’s mother.

V-shesh is an impact enterprise that provides employment services for hiring persons with disabilities, and entry-level staff from non-metros and disadvantaged communities. Individuals belonging to these groups do not easily get jobs because most of them would not have completed their high school education. V-shesh assists them with their education and training and thus prepares students and job seekers for the job market.

Like some of the other companies on this list, Sarthak India ambition is to empower persons with disability making them employable and assisting them to obtain employment. Candidates are provided as per the requirements of companies and then helped with pointing them out to the companies that are hiring. Interviews are conducted on either on the premises of the hiring organization or at Sarthak.

They also organize ‘think tanks’ for working people with disability who share their experiences and motivate the other candidates with disability to not quit jobs and resolve issues, if any.

Based in Bangalore, 90 per cent of the workforce of this BPO individuals who are differently abled. Vindhya E-Infomedia’s differently abled employees provide its clients with services like data management, data entry, data processing and data conversion.

Vindhya E-Infomedia is a for-profit social enterprise. Their roster of clients include Airtel, Yahoo!, IBM, Canara Bank, Mindtree and Titan. Some of the awards the company has won includes the Shell Helen Keller award (2007) and the Karnataka State Government award for 100 per cent production staff of PWDs in the IT sector.