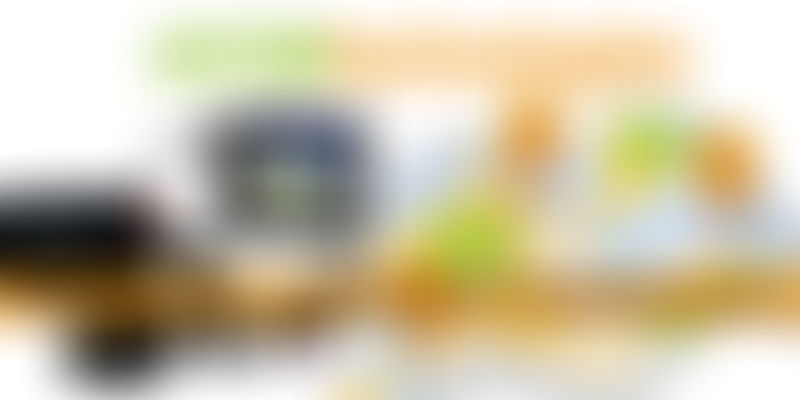 Every night, about seven to nine lakh employees from 500 or more companies commute to and fro in Metro cities. Considering our city streets are unsafe in the night the security of employees, especially women, becomes critical for organisations. ADOM Technology, Hyderabad based, SaaS (Software-as-a-Service) company is using technology to improve security using GPS and real-time tracking solution. They have a patent on geo-fencing and alerting system.

ADOM technologies aggregates data and distributes it through mobile. From pizza delivery outlets to every e-commerce company, they all need a service like this to track their fleets and optimize their operations. From mobile application end points, data is collected on a centralized server and a manager can then visualize it on a dashboard in a readable format. Using this platform, sales managers can also monitor and control sales agents.

Indeed there is a big opportunity to unify mobility and fleet management automation by integrating it with various stages of supply chain, transport and logistics.

From childhood buddies to startup co-founders

There are hero entrepreneurs who inspire the next generation of startups, like Steve Jobs and Elon Musk. For the founders of ADOM Technologies their idol was an Indian, Narayana Murthy.

Madhusudhan Anand and Kiran were childhood friends from third grade who grew up idolizing Infosys founder N. R. Narayana Murthy. They too dreamt of building a company some day. Though later they were separated, but they bridged the distance communicating with each other and continuing to dream the big dream.

There was still something missing. They didn’t know what was next for ADOM Technology.

When entrepreneurs attend a right event at the right time good things are destined to happen. Truth be told, the co-founders attended an event that they were invited to through YourStory at Leela Palace in Bangalore. There they met Sanjay Shukla. He was interested in what they were doing and they set up a follow up meeting. Sanjay, IIT-Mumbai alumni had over 25 years of global exposure working in many US, European and Middle East countries and has led many teams. He also led a large team for his previous employer TCS.

Sanjay quit working as a director in Fidelity, Bangalore, and joined ADOM Technologies as the CEO. He then framed the first ADOM’s vision and mission statement. That completed them as a team.

Now everyone in the team is fighting the good fight to take the company forward. Sai Shankar is Co-founder and Product Development Manager. He handles software development, project management, design, and manages the team of developers. Krishna Kiran is Product Manager, he see through product requirements, design modules, assists Sai during issues, and supports post deployment tasks. Madhusudhan Anand is Co-founder and COO and he handles all the market research, product design, GUI and testing.

When the team developed a unique employee transport management system and pitched it at Bizspark 2013 in Hyderabad, they came out as one of the top 10 startups. Following which NASSCOM ranked them in the top 8%. CEO Sanjay got selected to attend iCreate program formed by Narayana Murthy and Narendra Modi in Ahmedabad.

ADOM technologies have been bootstrapped for about 26 months now. Initially, they found it almost impossible to continue, however, they have managed to grow steadily and become self reliant. Now, some of their customers even pay them three months in advance for an upcoming quarter. Very few startups are lucky to have such cash flow. They believe they have what it takes to become a globally scalable company and then take the next leap forward to look for investment from VCs. The company is eyeing Australia, Canada, Argentina as its growing markets.

A year ago, ADOM had their first paying customer for tracking 120 vehicles in Delhi. Now they have grown to five cities, Bangalore, Mumbai, Delhi–Gurgaon, Hyderabad and Chennai. Their customers list includes organizations like McKinsey, Orange Telecom and Orix. They charge Rs. 250 per cab per month.

There is huge market for fleet tracking. A total of 500 companies in Indian Metro cities transport about 20 lakh employees with more than 12,000 cabs operating round the clock. Across India, ADOM is aspiring to targets about 5000 companies with 15 lakh plus cabs. Every cab travels about 280 km on an average in a day, transporting about 20 employees (pickup and drop). Seems there is lot to be tracked out there with tracking technologies.

ADOM started on Microsoft Azure platform. Recently, SAP HANA has accepted ADOM to accelerate them and helping them to integrate HANA into ADOM for further enhancements.

You don’t have to be the first to market a whole new idea, you have to deliver and execute better. Nail it and then scale it.

It is best to sell in a market where there is demand than to create something and then look for demand for your creation.

Most importantly it all comes down to two basic things -- how much can you risk it and how badly you want it, period.

Nothing great has ever come without taking greater risk. So have that passion and faith, find a true cause; believe in bigger things, better ideas because you become what you believe in.

Be open to learning and maintain a low receptive attitude towards anyone who has to say anything. Switch to another idea perhaps when you realise what you were doing was not right or improvise but never quit!