What happens when a baker goes to IIM 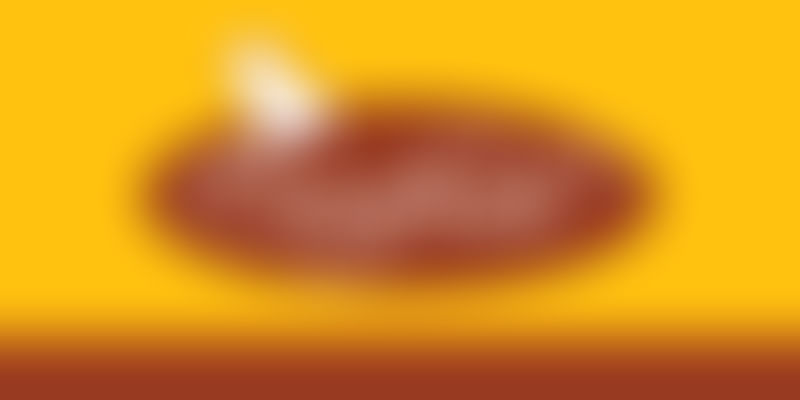 Can a yummy pastry or even the perfect biryani be deconstructed into such precise ingredients, measures and processes that they can be exactly replicated in dozens or even hundreds of bakeries? Can a work of art be broken down and simplified to such an extent that mere craftsmen can make replica after replica consistently? Can modern ovens be programmed to fine-tune the temperature and time controls that mothers learnt over years in the kitchen?

Yes, they can. When a baker boy from Chennai went to IIM Ahmedabad, that's what he figured. And the result is Ovenfresh, a QSR (quick service restaurant) chain founded in 2008 by Rajiv Subramanian.

Currently, Ovenfresh is in 15 A-Grade locations in Chennai and 10 in Bangalore. They serve over 1000 plates of baked biryani every day, and see lakhs of footfalls every month. The plan is to have 50 Ovenfresh outlets by this year end. "Hyderabad and Pune will be the next two Indian cities we will go to. In the next 3 to 5 years, we aim to be in all the top 15 cities in India. We will go for series B round of funding in 9-12 months," Rajiv says. Revenue of Rs 200 crore is the medium term target.

A baker and a banker

The story began way back when Rajiv's mother, who had a Masters in Food & Nutrition, ran a bakery in their backyard in T-Nagar, Chennai. He used to help her run it but had little expertise in the kitchen.

Rajiv went on to study computer engineering at the University of Madras, and worked with Oracle for a few years before getting into IIM-A. After his MBA, he joined Lehman Brothers, with whom he had done his internship earlier. He worked with them for a year, saved enough to bootstrap with 20 employees, and launched Ovenfresh.

It was conceived very differently from the home bakery Rajiv grew up in, because it had a model which could be easily replicated from one location to another. "Working on corporate finance with Lehman Brothers taught me how to scale," Rajiv explains.

"Our vision was simply to create a place where we'd love to eat at - every day. For this, the food had to be fresh, affordable and of high quality," Rajiv says. To serve freshly baked food, and also manage time, costs and consistent quality was the challenge. Rajiv's engineering background and business school training came into play here.

The initial months were spent experimenting with food. For every dish on the menu, ingredients were measured precisely, the heat monitored and the whole process documented to the last detail on an Excel sheet. "It was like building a prototype that can be replicated easily. This took a long time," Rajiv recalls.

Rajiv's mother helped him zero in on what would go on the menu. She baked countless perfect puffs and pastries and brewed coffee after coffee till Rajiv fine-tuned the processes he would need to recreate them in Ovenfresh outlets. They bought the best ovens and kitchen equipment available to make baking smooth and quick.

When they finally opened shop in Chennai, everyone in the 20-member team, including Rajiv, could whip up a pastry or two in minutes. "My cooking skills are still abysmal but the process is so streamlined that anybody can just follow the simple instructions and bake perfectly," Rajiv says.

He took us through an Ovenfresh backend kitchen in Sarjapur, Bangalore. Monstrous steel machines - high-tech German ovens actually -- lining the walls and employees wearing white aprons, it looked more like a laboratory. There were packets of what would be baked into a biryani - chicken, rice and spices in pouches. All one needs to do at the Ovenfresh front-end -- that is, the outlets where customers go to eat -- is mix the carefully measured ingredients, load it into an oven, punch a few buttons and lo, behold! Your baked goodie is ready to eat.

This process-centric approach was the differentiator for Ovenfresh. "Right from the start, I wanted to bring as much tech into play as possible. That baking or cooking is an art is a misconception. It is actually science," he says.

"How do we take classic, everyday mass consumed Indian food products and create a process for it which no one had seen before -- figuring that excites us." That is the question Rajiv answers at Ovenfresh.

In March 2013, Kalaari Capital invested in Ovenfresh and came on board. "By then, Kalaari already had made successful investments in the retail sector. So compared to any other investor, they knew the space well and had a lot of insights to offer us. We usually had to explain the QSR model, and why we focussed on a process-centric approach and so on, but with Kalaari, they understood what worked well and could identify the potential in our model. They saw value in what we were doing though at that time we had just 10 outlets," Rajiv says.

Ovenfresh mainly targets corporate customers, inside tech and business parks. "Those working in such places want to have good quality food without wasting any time. Most of our customers grab their coffee and quick-bite and head back to work," says Rajiv.

Ovenfresh also has a few outlets on high-streets, which are open to the public - but Rajiv is clear in his focus: Building a business that creates value for customers, employees, and the partners.