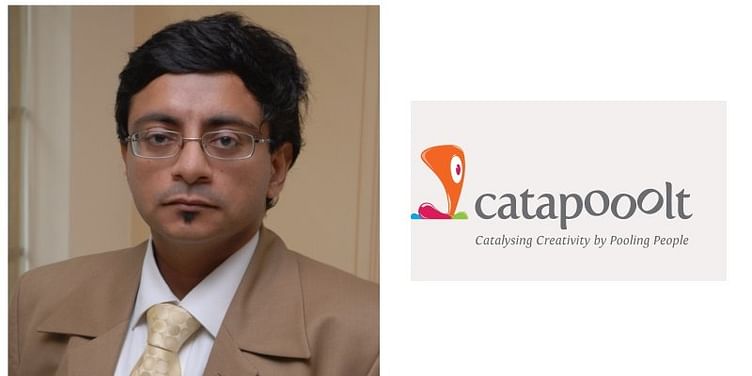 Catapooolt is a crowdfunding and community engagement platform launched in July 2013. Interestingly, the crowdfunding platform itself has raised a seed round from VentureNursery Angels, Calcutta Angels, ah! Angels and some other industry professionals. A graduate of VentureNursery’s Season 3 program, Catapooolt is founded by Satish Kataria who has more than 14 years of strategic management experience.Launched with a focus to support creative projects and enable them to engage with communities to raise funds and resources, Catapooolt is now endeavouring to leverage crowdfunding in project categories, including sports, politics, social enterprises and startups apart from creative projects. Globally, the likes of Kickstarter and Indiegogo have made crowdfunding completely mainstream and the same trend is now arriving in India. Wishberry, Ketto, HopeMonkey are some of the other Indian crowdfunding platforms.

To know more on the new development at Catapooolt, we spoke to Satish Kataria.

YS: Tell us a bit about the journey since you started up. What were some of the key learnings with crowdfunding?

SK: My love affair with crowdfunding goes almost four years back. It was in 2010 that I brought this concept to India. I have always believed in the inherent strength of crowdfunding as being a truly democratic way of funding talent as well as enabling much better consumer engagement with project creators! But having said that, there's a lot of work that requires to be done to make 'crowdfunding' catch a desired mass scale in India, and that calls for immense awareness based initiatives as well as innovations at the product end. We definitely can't expect a western market clone to work here. Thus, at Catapooolt, besides bringing on board some great projects -- we have been focussing on these ends. And I really will like to thank all our investors who have reposed their trust in us and are now supporting us to take this journey further.

YS: What are some of the trends with respect to India and crowdfunding?

SK: Crowdfunding is definitely here... though still in its nascent stage. Over the last two-three years, it is estimated that more than 100 various projects have raised more than INR 300 lakhs through various forms of crowdfunding. However, this is in sync with any new concept with its share of early adopters and then the pace catches up. There is an inherent need for this medium in India as reflected in the various categories that can immensely benefit from crowdfunding. This includes creative ventures (which is experiencing strong independent movement); sports (finally this could be a strong support to promote non-cricket based sporting talents in India); grass root innovations (India's technology innovations at rural level and even at small cities and regional technological institutions would definitely benefit from this medium) and of course, the rapidly evolving Indian startups. So as long as the crowdfunding platforms can effectively bridge these entrepreneurs with the communities, adopting the model with right innovations crowdfunding will definitely pick up immense scale.

YS: How many campaigns have been run on Catapooolt? What is the success rate?

SK: While I would say that in terms of overall projects, our success rate currently is around 25%, but I'm glad to share that Catapooolt, in its short time, has been able to garner some strong traction. We helped raise an upcoming feature film 'Cut-Throat' an amount of INR 10.20 lakhs, which is still today the record of highest amount raised for a project on any crowdfunding platform. We are continuously posting some strong projects and are opening to new categories. We are also the official crowdfunding supporters for AAP. Today, Catapooolt has more than 3,000 registered users and is expected to garner strong traction as we unveil series of innovations with respect to the model.